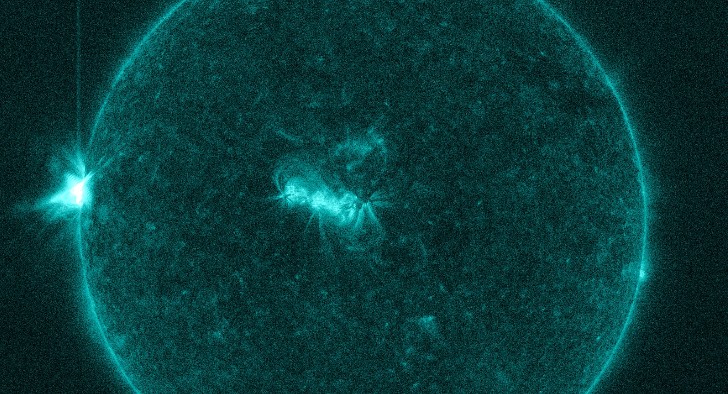 Solar activity was at moderate levels on August 20 due to an M1 flare from an emerging region on the eastern limb. A coronal mass ejection (CME) was not produced during this event, but even if it was, it most likely wouldn't be Earth-directed due to the location of this region.

The region was also responsible for multiple C-class flare activity over the past 48 hours. At 21:55 UTC on August 19, it produced a C7.0 solar flare with an associated Type II radio sweep with an estimated speed of 928 km/s. Coronal dimming was observed to the north of the Region in SDO/AIA 193 imagery beginning at 21:43 UTC on August 19 suggesting a CME was lifting off. Its largest C-class flare so far was C9.4 at 19:39 UTC on August 20.

Today's solar activity is mostly marked by B-class flaring from both regions. The strongest flare so far was C5.9 from Region 2672 at 03:16 UTC. 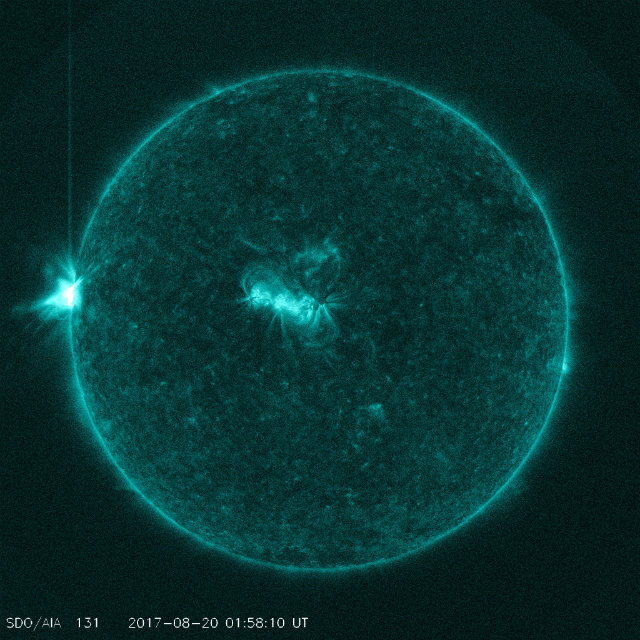 Solar wind parameters continued to show influences from a positive polarity CH HSS, although with a declining trend. Total field strength ranged between 1 and 5 nT while the Bz component dropped to a low value of -3 nT. The phi angle remained in a predominately positive orientation with brief fluctuations into negative territory. The solar wind environment is expected to remain enhanced through the rest of the day. A gradual return to a more nominal wind regime is expected on August 22 and 23 as CH HSS influences slowly wane.

Solar activity is expected to be at low levels during the next three days (August 21 – 23) with a chance (25%) of M-class flares.