At least 13 people have been killed and 11 injured after heavy rains caused flash floods and landslides in Doda, Kishtwar and Udhampur districts of Jammu and Kashmir on Thursday, July 20, 2017.

According to Zee News, six people were killed and 11 injured after flash floods swept through Thathri town of Doda district at 02:20 local time today, inundating vast areas along the Batote-Kishtwar National Highway (NH1B). Deputy SP (headquarters) Doda, Iftkhar Ahmed, said the water level and silt in the nullah suddenly rose after the cloudburst, washing away several structures along its path leading to the main market.

While 11 people have been rescued from the debris, many others are feared trapped and the toll is likely to rise, police said. The highway was closed due to huge boulders at Thathri market. Water supply pipes and power supply remained snapped in the area.

"We cannot assess the exact loss of property immediately as we are in the middle of operations to rescue those still trapped under the debris," the deputy said.

At Cherji in Kishtwar district, 45-year-old Kungi Devi and her 4-year-old grandson Samrat were washed away in flash floods triggered by a cloud burst, police said.

In Udhampur district, bodies of three people washed away in a flash flood at Pachond in Dudu area have been recovered today. Two women were killed in a landslide at Kagot Wednesday evening. 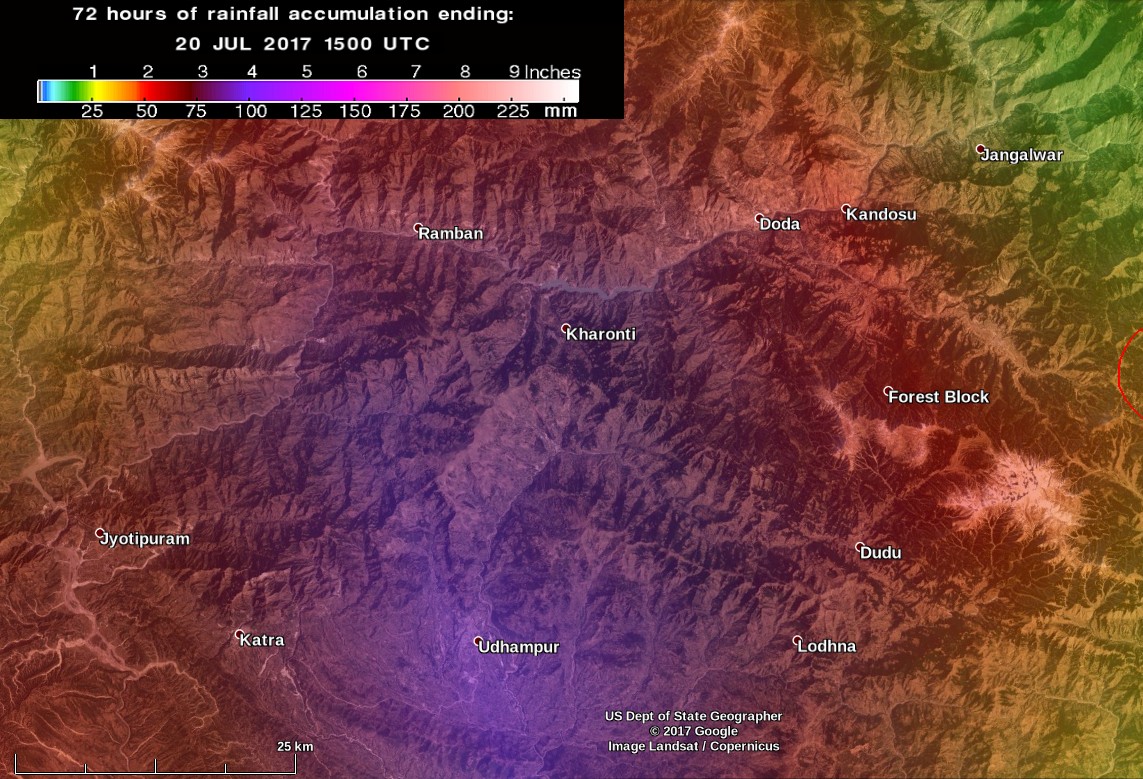 Heavy rainfall was reported in Doda district last week too, NDTV reported. Earlier this week, landslides due to heavy rains in Jammu and Kashmir's Ramban district had forced the authorities to temporarily suspend traffic on the arterial Jammu-Srinagar national highway that connects Jammu and the Kashmir valley.

Kashmir had witnessed unprecedented floods in 2014 when most of the residential areas, including in Srinagar, were inundated by waters up to the level of several feet.