A strong and shallow earthquake registered by the USGS as M6.7 hit Dodecanese Islands, Greece – western Turkey border region at 22:31 UTC on July 20, 2017 (01:31 local time, July 21), triggering a small tsunami. The agency is reporting a depth of 10 km (6.2 miles). EMSC is reporting the same magnitude and depth. At least two people have been killed and more than 100 injured.

The quake triggered a small tsunami. It was powerful enough, however, to produce widespread damage to boats along the affected coasts.

EMSC registered more than 100 small to moderately strong aftershocks by 05:04 UTC. At least 17 of them were felt.

At least 2 people were killed when the ceiling of the building collapsed and more than 100 were injured on the Greek island of Kos. Two or three of the injured are in serious condition.

The island of Kos appears to be the worst-hit, with damaged buildings and a port and widespread minor damage (cracks in buildings, smashed windows and trashed shops).

"The rest of the island has no problem. It's only the main town that has a problem," Kos Mayor Giorgos Kyritsis said. "The buildings affected were mostly old, and were built before the earthquake building codes were introduced."

Esengul Civelek, governor of Mugla province in Turkey, said there were no casualties according to initial assessments. She said "there were minor injuries due to fear and panic."

In Bitez, a resort town about 6 kilometers (4 miles) west of Bodrum, the quake sent frightened residents running into the streets. 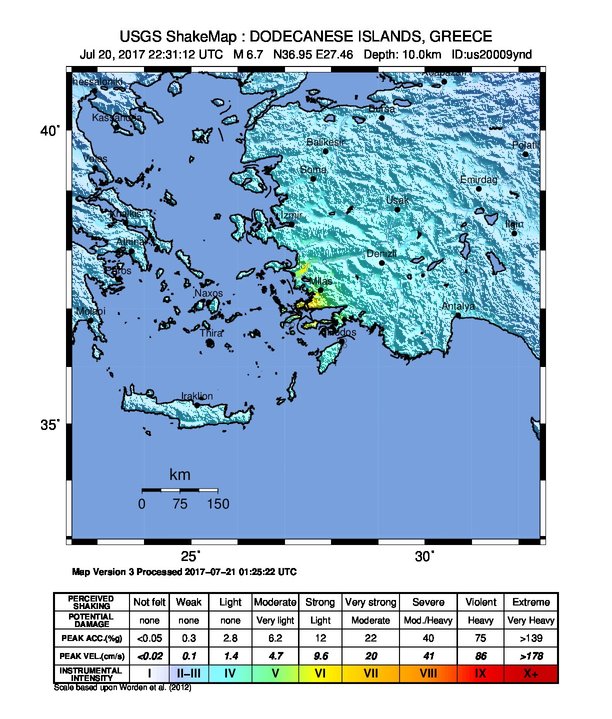 The USGS issued a green alert for shaking-related fatalities. A yellow alert was issued for economic losses. Some damage is possible and the impact should be relatively localized. Estimated economic losses are less than 1% of GDP of Turkey. Past events with this alert level have required a local or regional level response.

Overall, the population in this region resides in structures that are a mix of vulnerable and earthquake resistant construction. The predominant vulnerable building types are unreinforced brick masonry and adobe block construction. 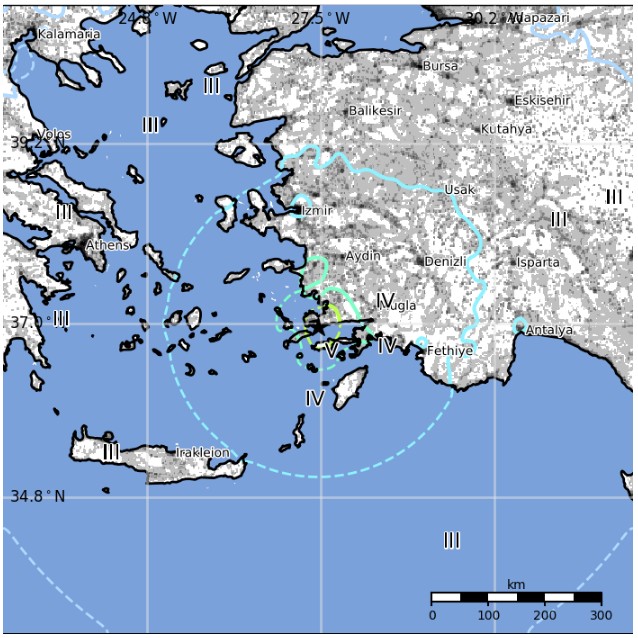 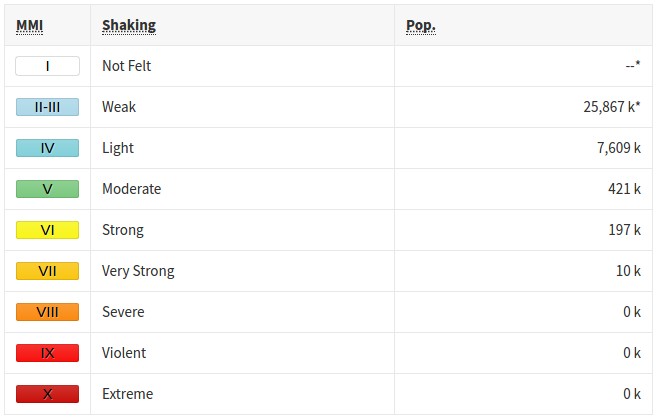 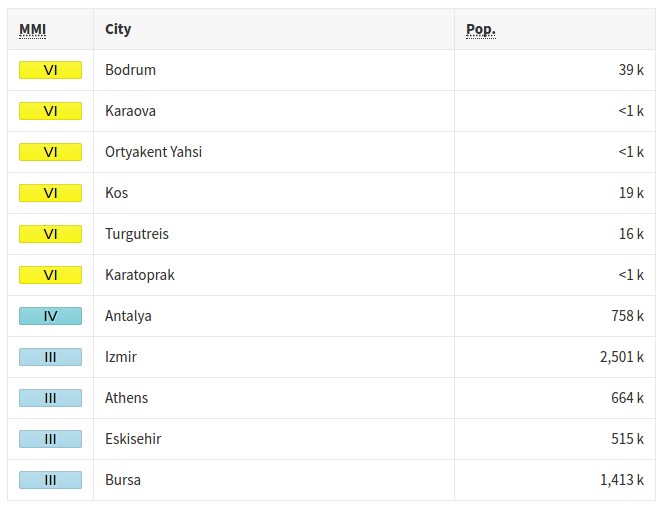 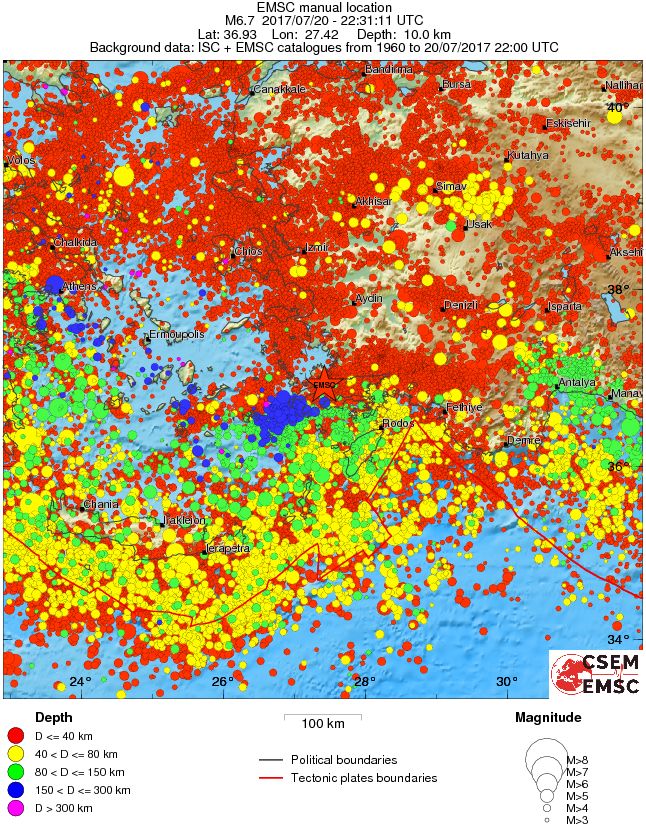