A strong and very shallow earthquake registered by the PHIVOLCS as M6.5 hit Leyte, Philippines at 08:03 UTC (04:03 local time) on July 6, 2017. The agency is reporting a depth of 2 km (1.2 miles). USGS is reporting M6.5 at a depth of 6.5 km (4 miles). The agency issued a green alert for shaking related fatalities and a yellow alert for economic losses.

PHIVOLCS said the quake was tectonic in nature, some damage and aftershocks are expected. 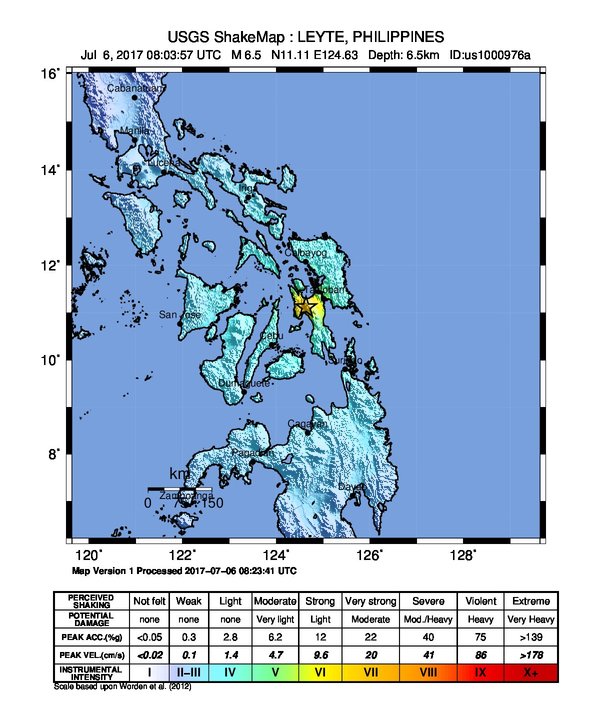 A yellow alert was issued for economic losses. Some damage is possible and the impact should be relatively localized. Estimated economic losses are less than 1% of GDP of Philippines. Past events with this alert level have required a local or regional level response.

This is the same area devastated by Typhoon "Haiyan" (Yolanda) in 2013. 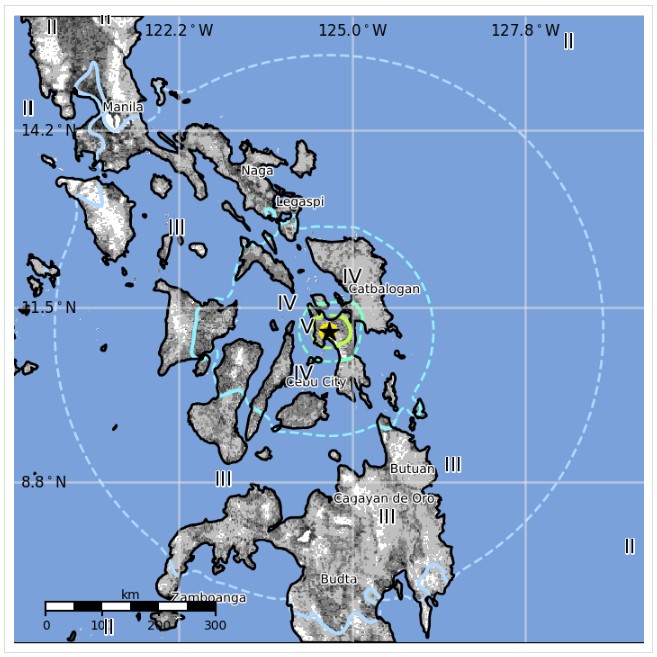 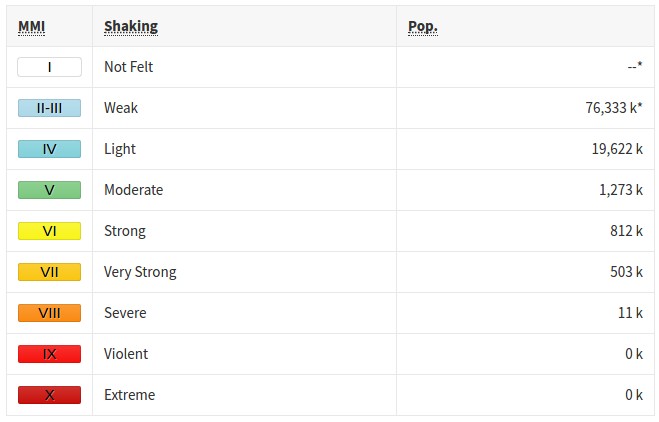 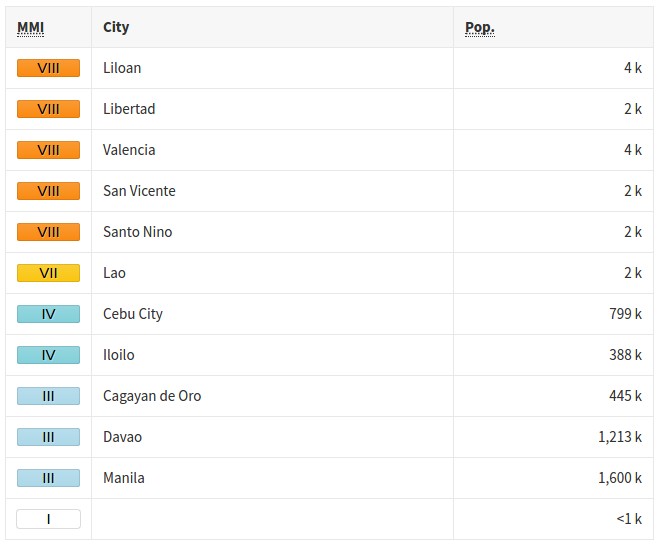 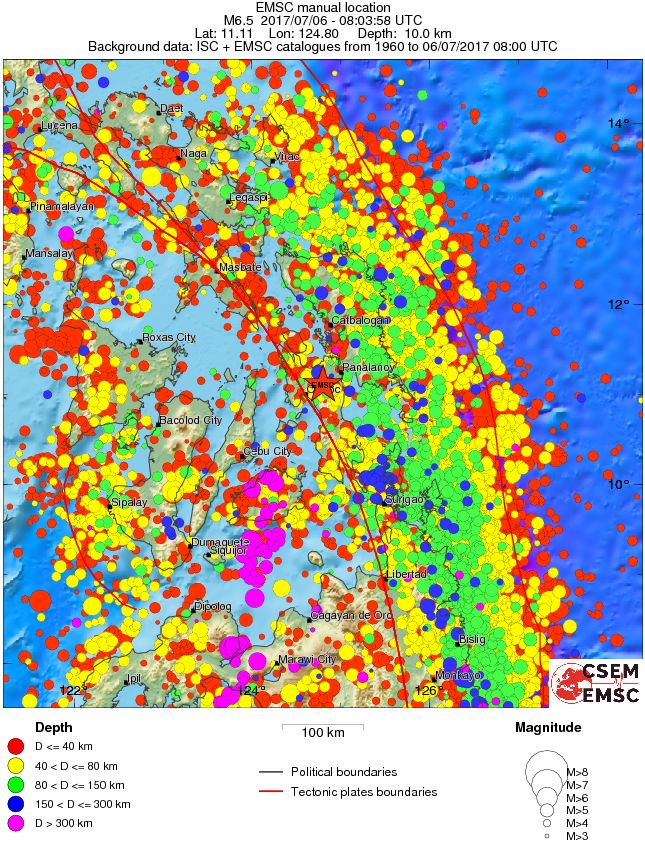 Thousands of residents, office workers and students fled from homes, buildings and schools and some were knocked over as the ground shook.

A building has collapsed in Kananga, injuring at least 10 people and trapping an unspecified number of others, Vice Mayor Elmer Codilla said, as quoted by ABC News.

Mayor Richard Gomez of Ormoc City, about 30 kilometers (17 miles) from Kananga, said that at least 29 people were injured in his area, including 16 who were taken to a hospital because they had slight injuries or were traumatized.

The strong shaking caused cracks in some buildings and roads in the city and power was automatically shut off, Gomez said.

At least two people have been killed and more than 100 others injured. One person has been killed in a landslide in Ormoc and one in a collapsed building in Kananga.

Power outages were reported in Leyte, Samar, and Bohol.