About 5 000 people are estimated to have felt very strong shaking (VII on Modified Mercalli Intensity Scale) and about 185 000 people strong (VI) shaking.

The mayor of Plomarion (5 km / 3.1 miles) N of the epicenter, said several old and new buildings have been damaged.

Serious damage reports are coming from the island of Lesbos, Greece (see videos below). According to the GreekReporter, at least one person that was trapped in ruins on Lesbos was pulled out of the wreckage dead. There are reports, however, that another person remains trapped in the ruins of her home. Major damage has been reprted in the village of Vrisa of Polichnitos in southern Lesbos. "Half of the village has been greatly damaged and many houses have collapsed," said Nikos Karasavvas, the Deputy Mayor of Environment and Emergency of the Municipality of Lesbos.

At least 25 aftershocks were recorded, all below M5.0.

This is one of the strongest earthquakes the region has seen in the last 100 years. 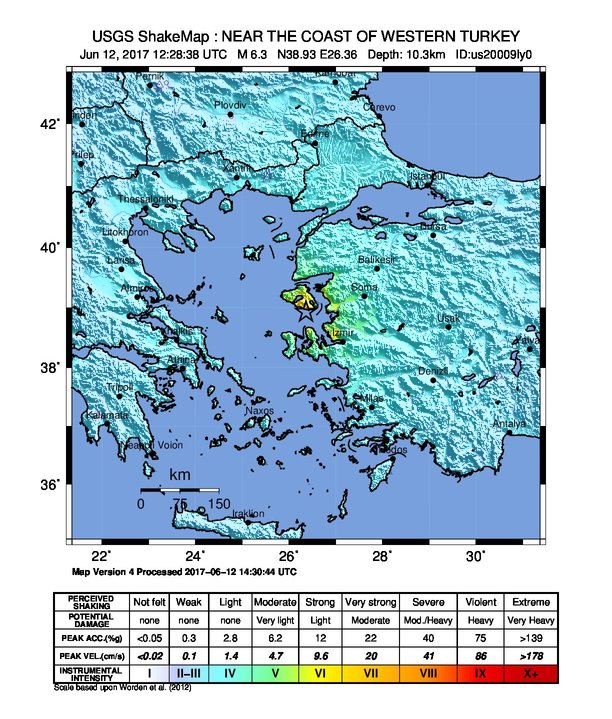 Yellow alert for shaking-related fatalities and economic losses. Some casualties and damage are possible and the impact should be relatively localized. Past yellow alerts have required a local or regional level response. Estimated economic losses are less than 1% of GDP of Greece.

Overall, the population in this region resides in structures that are vulnerable to earthquake shaking, though resistant structures exist. The predominant vulnerable building types are ductile reinforced concrete frame and reinforced/confined masonry construction. 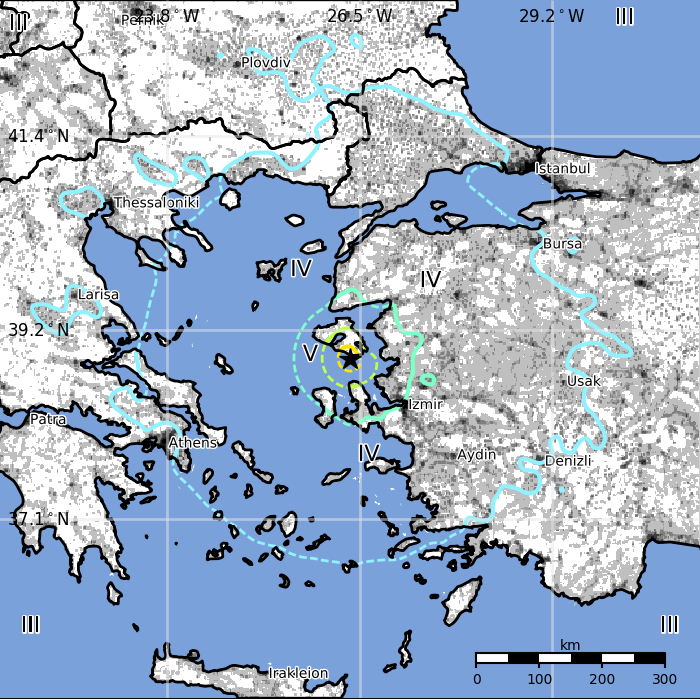 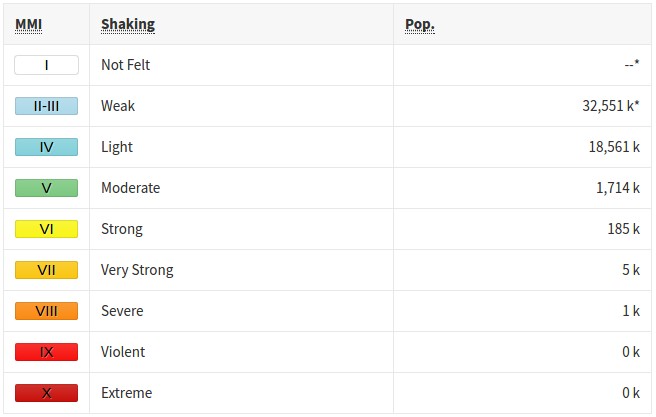 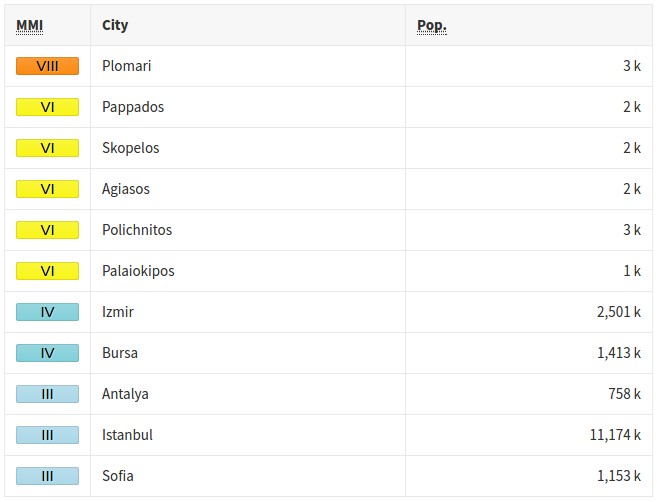 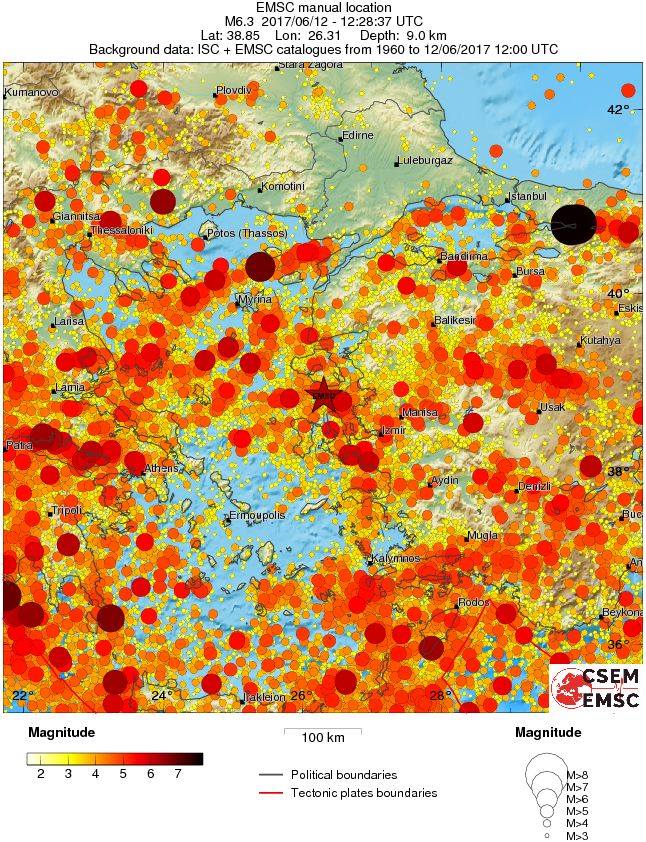