Based on the preliminary earthquake parameters (M7.2), hazardous tsunami waves are possible for coasts located within 300 km (186 miles) of the earthquake epicenter, PTWC said at 20:29 UTC.

SEA LEVEL DISTURBANCES such as strong currents and rapid rise and fall of seawaters are expected. The concerned public is advised to be on alert for unusual waves. Based on tsunami wave models and early tide gauge records of the tsunami in the Philippine Sea, coastal areas in Philippine provinces fronting the Celebes Sea are expected to experience wave heights of less than one meter above the normal tide levels. The first tsunami waves will arrive between 4:28 AM to 5:23 AM, (2017/04/29) (PST) and may not be the largest. These waves may continue for hours.

People are advised to STAY AWAY FROM THE BEACH AND NOT TO GO TO THE COAST fronting Celebes Sea of the following provinces during this period 4:28 AM to 5:23 AM and until the threat has passed: 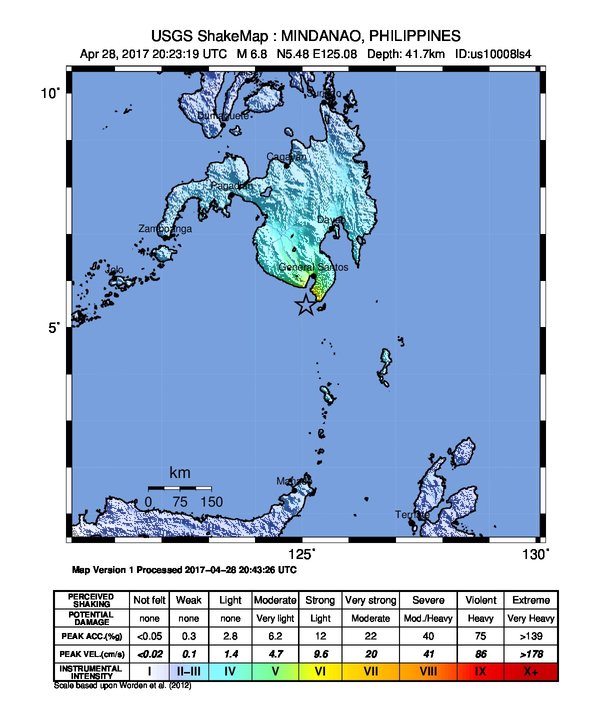 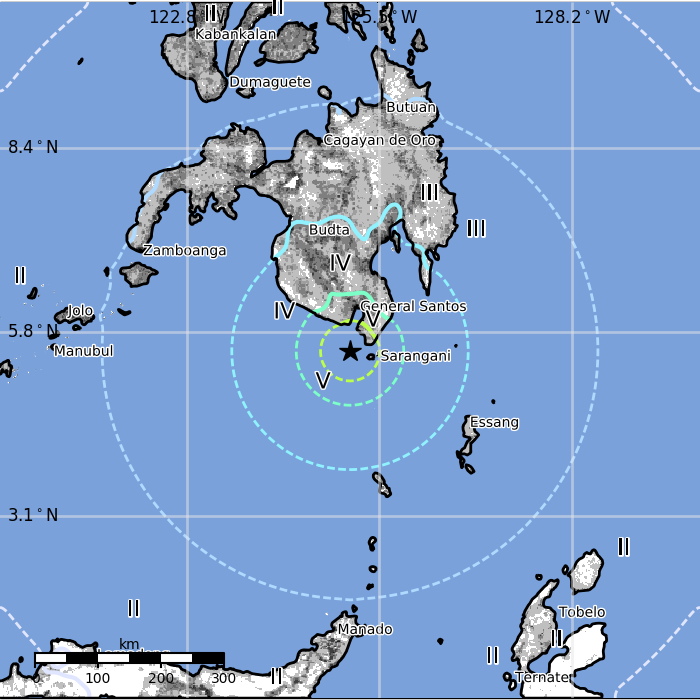 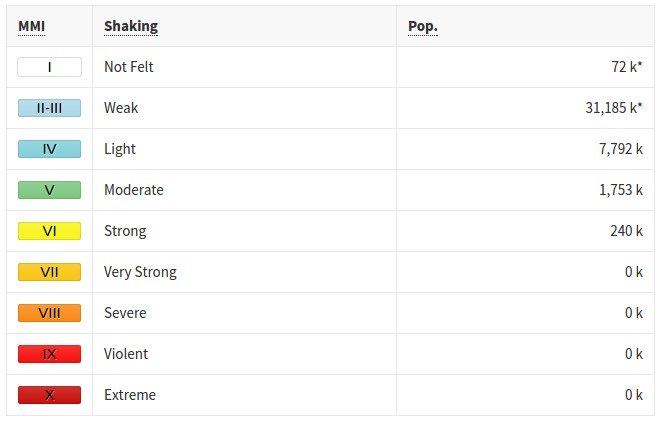 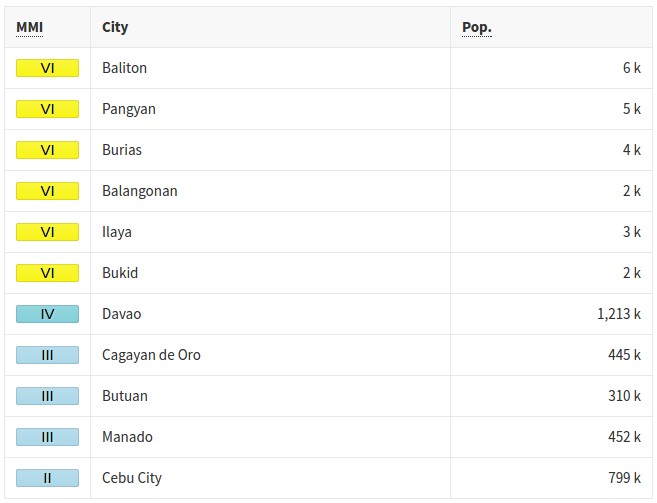 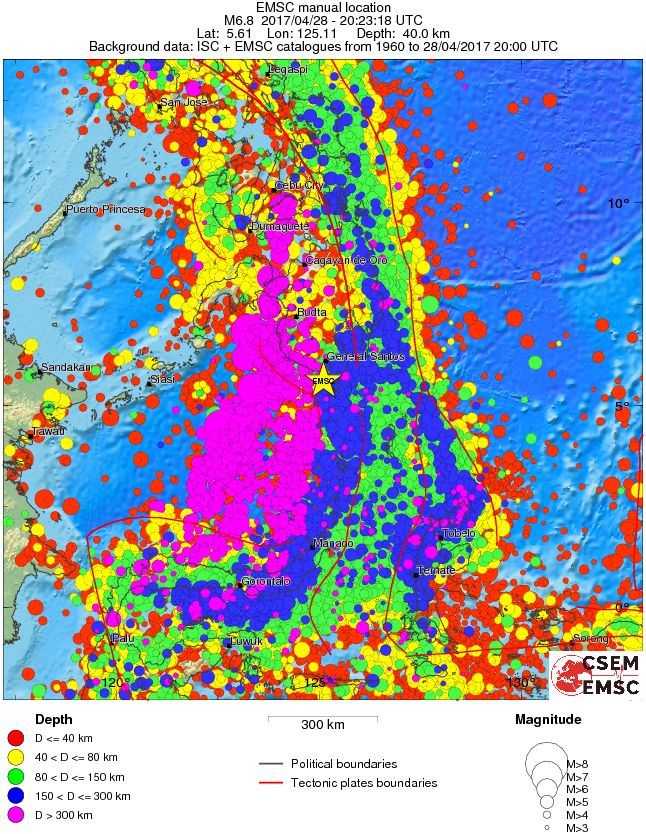