Solar wind parameters, as measured by the DSCOVR spacecraft, continued at mostly nominal levels over the past 24 hours. Solar wind velocities averaged near 320 km/s, before increasing to near 350 km/s by 00:30 UTC today. Total field (Bt) was steady near 5 nT, before increasing to a peak of 12 nT, while the Bz component reached a low value of -11 nT. Phi angle was mostly positive, with occasional oscillations into the negative sector near the end of the period.

SWPC forecasters expect solar wind parameters to remain enhanced through April 20. A return to near ambient conditions is anticipated on April 21.

A G1-Minor geomagnetic threshold was reached at 05:59 UTC on April 19, 2017. The elevated conditions are a reflection of enhanced solar wind parameters from the influence of a positive polarity coronal hole high speed stream. 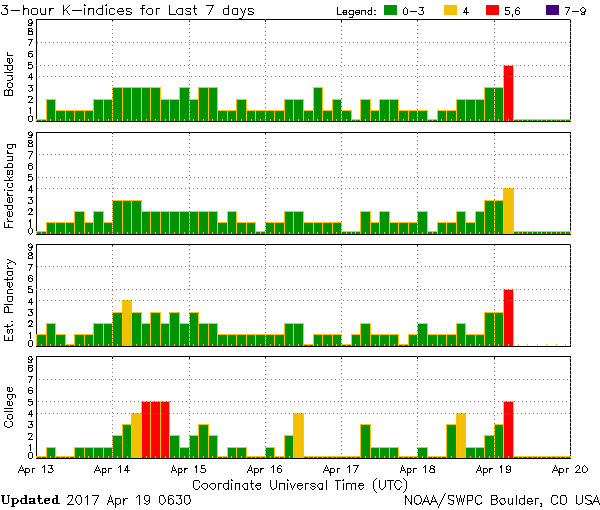 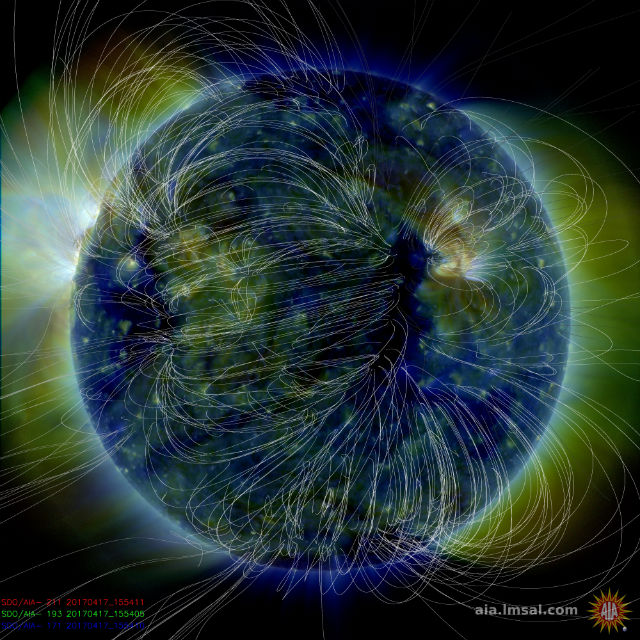 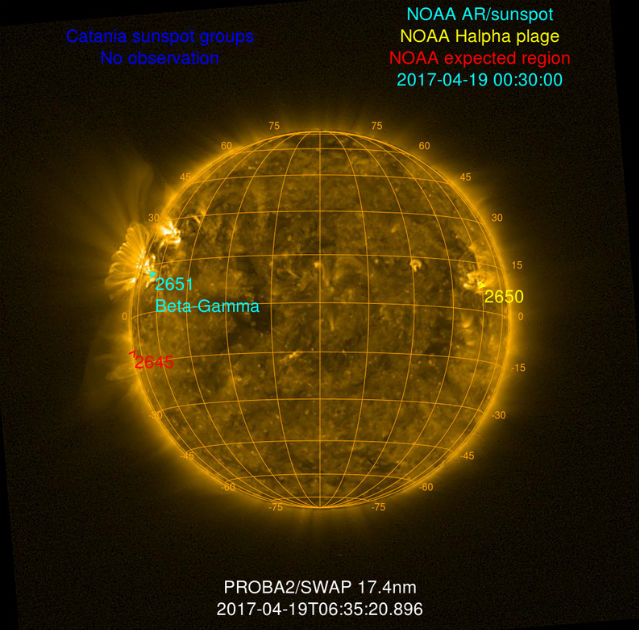 Meanwhile, two C-class solar flares erupted from newly numbered Region 2651 (beta-gamma). One of them was a long-duration C5 flare which started at 19:21 UTC. The event had a Type II (estimated velocity 631 km/s) and IV radio emissions associated, suggesting a CME was produced. Since the region is currently located on the Sun's eastern limb, it does not seem likely this CME will have an Earth-directed component.

However, it is possible these flares signal the return of AR 2644 which unleashed 7 M-class solar flares during its previous rotation. A sharp uptick in solar activity is possible in the days ahead.