The second of three big storms hit Southern California on Friday, January 20, 2017, flooding roads and causing major debris flows. The rain was falling at a rate of more than 25.4 mm (1 inch) per hour. The third storm is expected on Sunday and Monday.

The Sherpa Fire burn area in Santa Barbara County was hit early Friday with more than 89 mm (3.5 inches) of rain. The rain overwhelmed the area and caused major flood and debris flows down the El Capitan Canyon and into El Capitan State Beach.

More pictures from El Capitan Canyon and Circle B Ranch after a major debris flow from the Sherpa Fire. #CAFlood #CARain pic.twitter.com/Tz63p99Eor

The debris flow formed a dam that flooded a campground and sent cars and wooden cabins floating downstream until they became lodged in a bottleneck, the Los Angeles Times reported. About two dozen campers had to be rescued and evacuated by Santa Barbara County firefighters.

Several cars in the campground parking lot floated down a culvert below Pacific Coast Highway and ended up submerged in sand and seaweed on the beach.

Major mud and debris flows were also reported coming down the canyon in Duarte.

At least 10 000 customers in Los Angeles lost power, according to the LA Department of Water and Power, some of them due to trees falling on power lines.

Forecasters say the weather is expected to clear up on Saturday, January 21 and turn bad again on Sunday and Monday when the third storm hits. It could bring up to 50 to 76 mm (2 – 3 inches) of rain in valleys and foothills and up to 127 mm (5 inches) in the mountains.

According to LA Country Works, the county has captured 79 billion liters (21 billion gallons) of rain since October 2016. That's enough to meet the drinking/bathing/cleaning needs of 510 000 people.

The Department of Water Resources said California is on pace for its wettest year on record after 5 years of drought.

The storms have built up the snowpack for the whole Sierra Nevada, with the southern third at nearly 200% above average for this time of year. 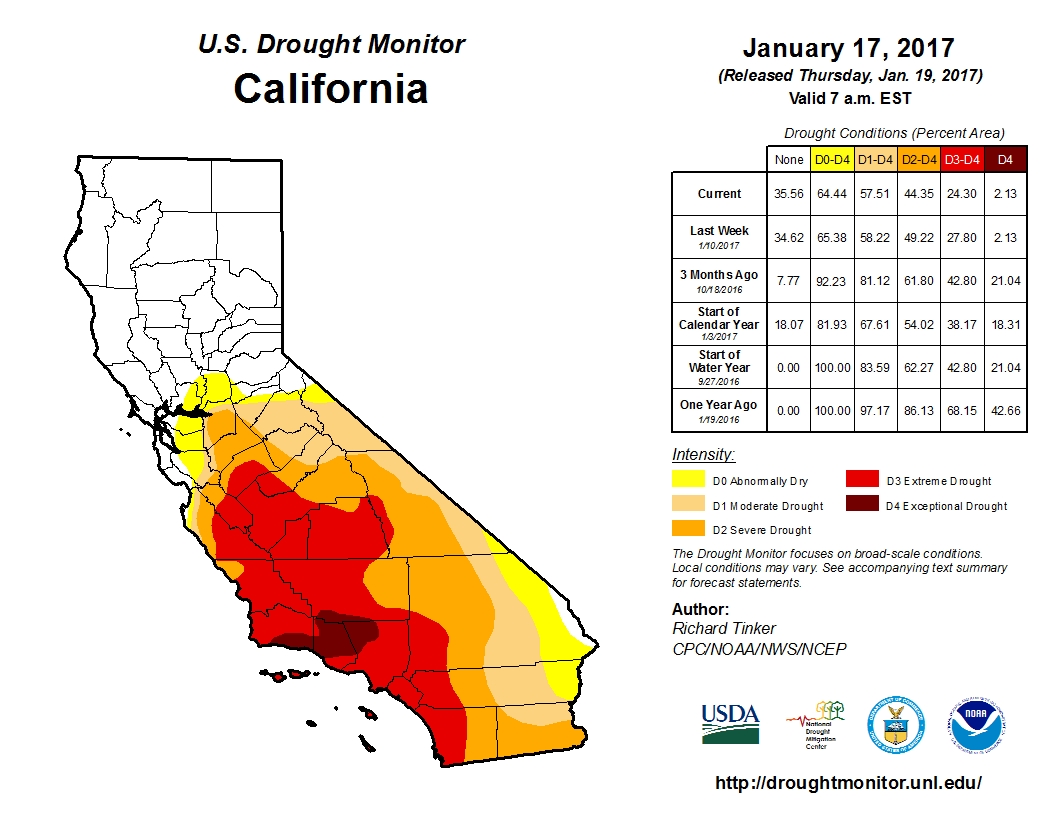