Volcanic activity at Stromboli, Italy has significantly increased over the last week, Volcano Discovery reported. The activity level is now between moderate and high again, similar to a period before the effusive eruption in 2014.

Currently, the most active volcano vent is located at the east, toward the Stromboli village while other vents of the eastern, central, and western crater are active, as well. Over the last couple of days, several strombolian explosions, lasting between 15 and 20 minutes on average, were recorded, and some were observed to eject incandescent bombs to heights over 200 and 250 m (656.2 and 820.2 feet). 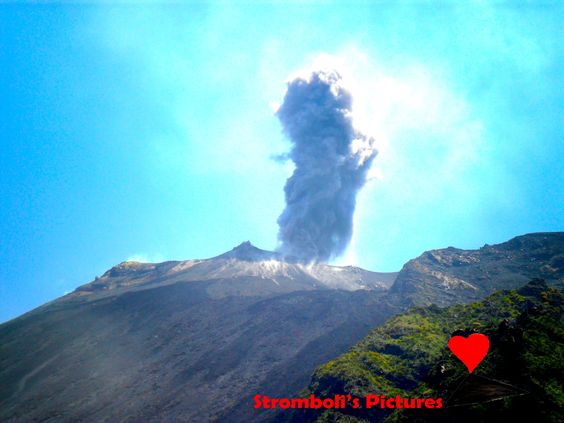 According to Volcano Discovery, the activity at the Stromboli volcano was at comparably low levels on October 10, 2016, and the strombolian activity has decreased, following a short period of increase in frequency and an average size of explosions reported in September. In the preceding week, the western, central and eastern vents were active, although they produced only very small strombolian explosions, typically of between 20 and 30 minutes intervals. Explosions have ejected little incandescent bombs, only several tens of meters high while moderately large explosions, between 50 and 100 m (164 and 328 feet) high were only reported sporadically from the eastern vent, with an interval of up to several hours.

In the period between August 16 and 22, the INGV reported some of the hourly explosions, recorded by a webcam, despite unfavorable weather conditions. Explosions were observed from two vents in the southern part of the crater, and from one vent in the northern area. The northern vent ejected coarse material mixed with ash while exploding in low to medium intensity, according to the GVP. The southern vents reported variable levels of activity, and some explosions ejected coarse material to tens of meters above the crater. The rates of explosions, geochemistry, and seismicity were mostly low, although very long period earthquakes reported an increase in numbers on August 22.

Spectacular incandescent nighttime explosions at this volcano have long attracted visitors to the "Lighthouse of the Mediterranean." Stromboli, the NE-most of the Aeolian Islands, has lent its name to the frequent mild explosive activity that has characterized its eruptions throughout much of historical time. The small, 924-m-high (3 031.5 feet) island is the emergent summit of a volcano that grew in two main eruptive cycles, the last of which formed the western portion of the island. The Neostromboli eruptive period from about 13 000 to 5 000 years ago was followed by formation of the modern Stromboli edifice.

The active summit vents are located at the head of the Sciara del Fuoco, a prominent horseshoe-shaped scarp formed about 5 000 years ago as a result of the most recent of a series of slope failures that extend to below sea level. The modern volcano has been constructed within this scarp, which funnels pyroclastic ejecta and lava flows to the NW. Essentially continuous mild strombolian explosions, sometimes accompanied by lava flows, have been recorded for more than a millennium. (GVP)