A continuous low-level eruption was reported for the Yasur volcano, Tanna Island, Vanuatu on October 17, 2016, by the Wellington VAAC.

According to the Vanuatu Geohazards Observatory, the Alert Level for the volcano has increased to Level 3 on October 15, which means the volcanic explosions may intensify, volcanic bombs could fall in and/or around the crater to the parking area and volcanic gas and ashes may affect some villages, especially those areas exposed to trade winds.

The Yasur volcano hazardous area is currently about 600 m (1 968.5 feet) wide around the eruptive vents. All communities, villages, visitors, and travel agencies are urged to observe the volcano away from the crater, and check the provided safety maps and information. 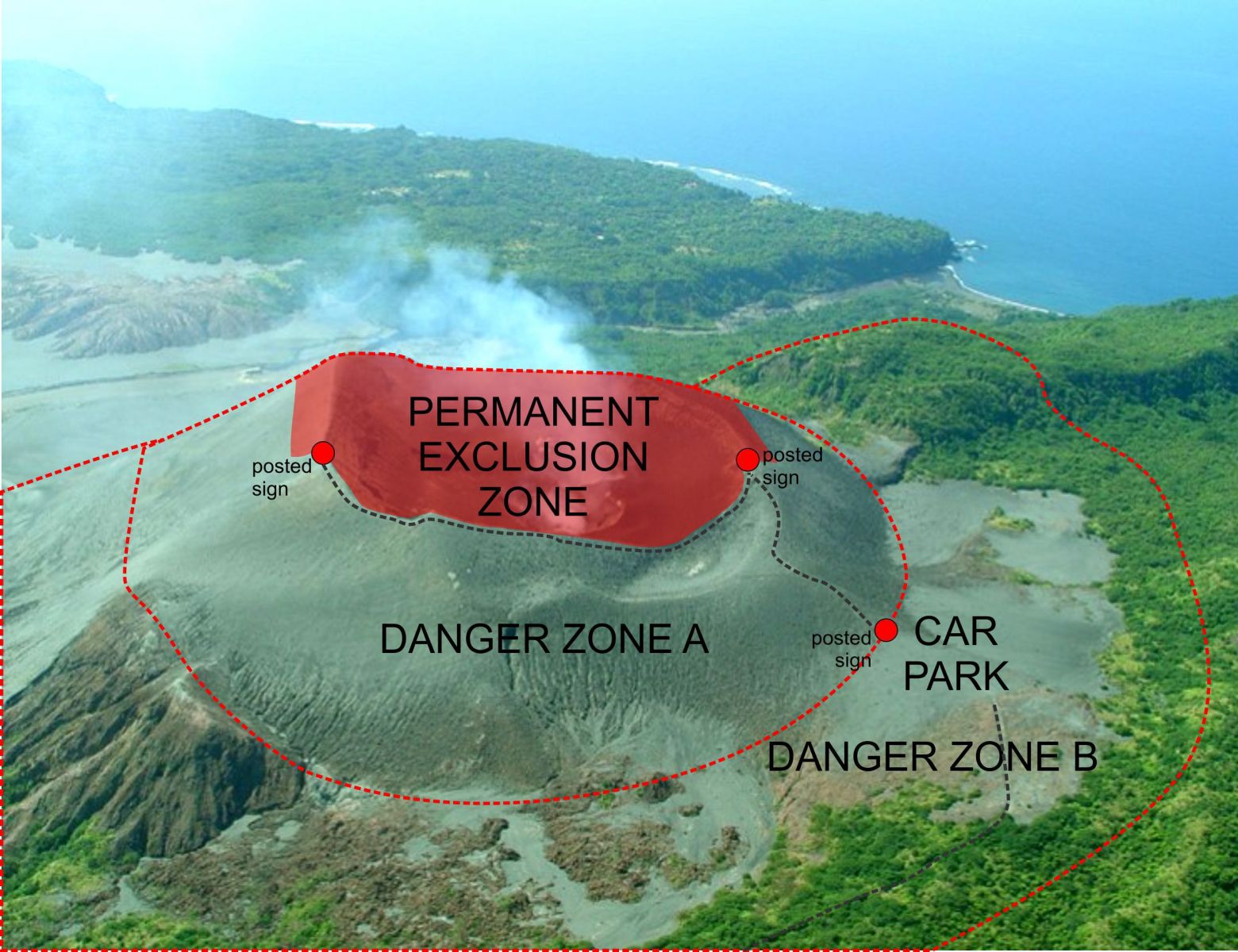 Aerial view of the Yasur volcano with the exclusion zone and car park. Image credit: Geohazards

The Vanuatu Geohazards Observatory stated that the Alert Level for Yasur volcano remained at 2 (on a 0-4 scale) and that intense explosions continued, on October 10.

The same conditions were reported since November 2015.

At all times, residents and visitors were reminded of the 600 m (1 968.5 feet) radius of a permanent exclusion zone, and that volcanic ashes and gas may reach areas impacted by trade winds.

Yasur, the best-known and most frequently visited of the Vanuatu volcanoes, has been in more-or-less continuous strombolian and vulcanian activity since Captain Cook observed ash eruptions in 1774. This style of activity may have continued for the past 800 years.

Located at the SE tip of Tanna Island, this mostly unvegetated pyroclastic cone has a nearly circular, 400-m-wide summit crater.

Yasur is largely contained within the small Yenkahe caldera and is the youngest of a group of Holocene volcanic centers constructed over the down-dropped NE flank of the Pleistocene Tukosmeru volcano.

The Yenkahe horst is located within the Siwi ring fracture, a 4-km-wide, horseshoe-shaped caldera associated with eruption of the andesitic Siwi pyroclastic sequence. Active tectonism along the Yenkahe horst accompanying eruptions has raised Port Resolution harbor more than 20 m during the past century. (GVP)