A state of emergency was declared in Howard County, Indiana after an EF-3 tornado hit the town of Kokomo. County authorities said late Wednesday 8 funnel clouds were spotted in the area. Kokomo Mayor Greg Goodnight said that although there was substantial damage to the property and a lot of trees are down, there were no serious injuries. All roads were closed except for emergency vehicles performing essential functions until 21:00 local time on Wednesday, August 24.

Indiana State Police spokesman Capt. David Bursten said about a dozen people were injured, none seriously, as tornadoes moved through central portions of the state. Most injuries occurred as a result of flying debris.

"Most of those injuries were in Howard County and included one resident who was trapped in a home. Those injured included a 5-month-old child who suffered a laceration in Montgomery County," Bursten said and attributed the relatively small number of injuries reported by 20:00 to residents' taking the approaching storms seriously.

"We were very, very fortunate, and you have to credit the advance warnings and people heeding those warnings," he said.

The National Weather Service is giving the tornado that touched down in Kokomo an early rating of EF-3. The tornado touched down around 15:24 local time. It entered Kokomo while moving east at 28 km/h (30 mph), according to the NWS.

Brad Deane, regional dispatch center manager for the Indiana State Police Region Two, told weather.com in a phone interview that the devastating tornado took a similar path to another tornado that touched down in the area two years ago. The path of the tornado was primarily in the area near the Markland Mall off Reed Road in Kokomo.  "It struck the exact same areas and we are seeing similar damage … it also moved very slowly," Deane said.

Parts of the city are almost unrecognizable as people who live there survey the damage left behind after the powerful tornado. Some are describing the devastation like a war zone. While some houses and buildings are still standing, others right next door were flattened or severely damaged. Debris and rubble were scattered throughout much of the city with the department of public works working to pick up downed trees and restore traffic lights, Wavy reported.

Fox59 reported today that thousands of people remained without power Thursday morning in Howard County. According to Duke Energy, there are 16 023 outages across the state, with 13 315 of those in Howard County.

In Ohio, several tornadoes on Wednesday evening (local time) produced structural damage in western parts of the state. At least one injury was reported around 4.8 km (3 miles) north of the town of Defiance, where a mobile home park some suffered severe damage.

"We also understand that State Route 66 is closed at the moment due to downed power lines and we have reports of structural damage in that area," Jay Carey, a spokesman for the Ohio Emergency Management Agency, told weather.com. "But nothing has really been confirmed at this point since the storms are still going on."

Another twister hit Antwerp and was also responsible for structural damage. 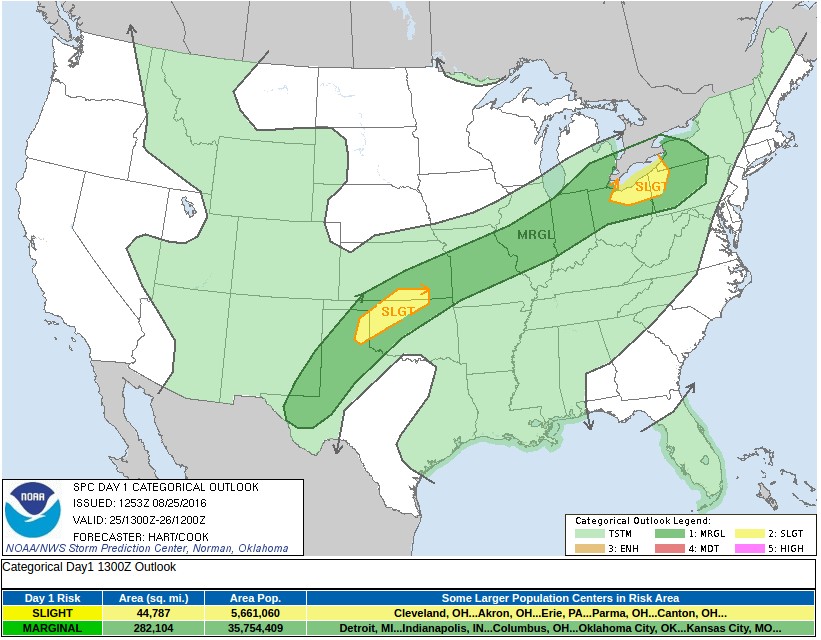