After more than 3 months without any significant solar flare, our sun produced two consecutive M-class flares early on July 21, 2016. The source was Active Region 2567 ('beta-gamma' / 'beta'), currently moving out of its geoeffective position.

Regarding the M-class solar flare activity, the Sun was quiet since M6.7 erupted on April 18, 2016. The source was Region 2529. A Coronal Mass Ejection (CME) was produced but it was not Earth directed.

Region 2567 (N05W37, Dki/beta) grew in overall areal coverage yesterday and had its mixed polarities appear and disappear. However, by 00:30 UTC on July 21, it appeared to have lost the mixed polarities, returning to a beta-type spot group. The region was the most active one yesterday and was the source of most of the C-class flare activity. Towards the end of the UTC day, the region produced a flurry of C-class activity starting with a C4 flare at 22:17 UTC and followed by C3 flares at 23:35 and 23:51 UTC. A type II radio sweep beginning at 23:07 UTC (with estimated velocity of 1168 km/s), a Type IV radio sweep beginning at 22:17 UTC, and a 10cm radio burst (110 sfu) were reported in conjunction with this activity indicating the possibility of a CME.

The activity was also associated with a pair of CMEs from the SW limb. The first is clearly seen at 23:24 UTC on July 20 and the second at 00:48 UTC on July 21 in the SOHO / LASCO C2 imagery below.

Both CMEs have been analyzed and submitted for a WSA-Enlil model run; the results should be available at 00:30 UTC on July 22, SWPC said. 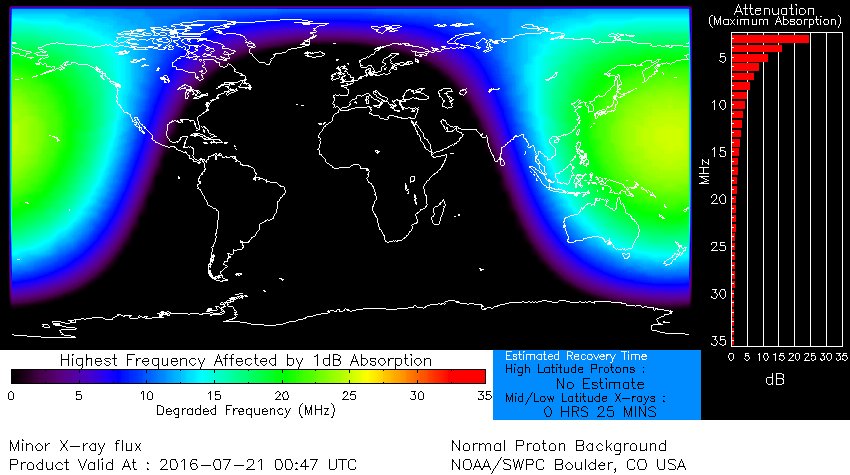 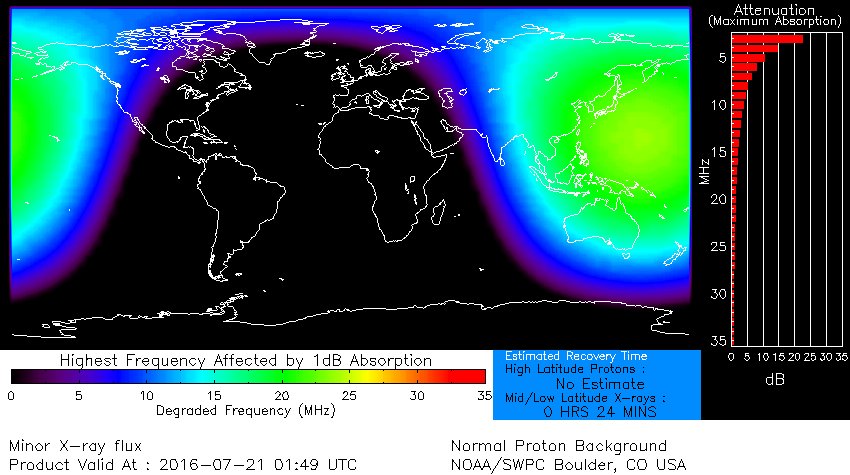 Region 2567 produced an Earth-directed CME on July 17, 2016. The CME, generated by a long duration C1 flare, reached Earth at 23:55 UTC on July 19, two days before its estimated time of arrival. The impact, combined with negative polarity CH HSS, sparked G1-Minor geomagnetic storming on July 19 and 20.

Region 2567 (N05W47, Dki/beta) decreased in area, but retained a moderate magnetic gradient and some minor shear on July 21. This region is now moving out of geoeffective position and will start its farside rotation over the coming days. Region 2565 (N03W56, Cko/beta) lost some penumbral area and was inactive over the last 24 hours (by 12:30 UTC on July 21). Region 2569 (N17W09, Axx/alpha) decayed further and remained inactive. 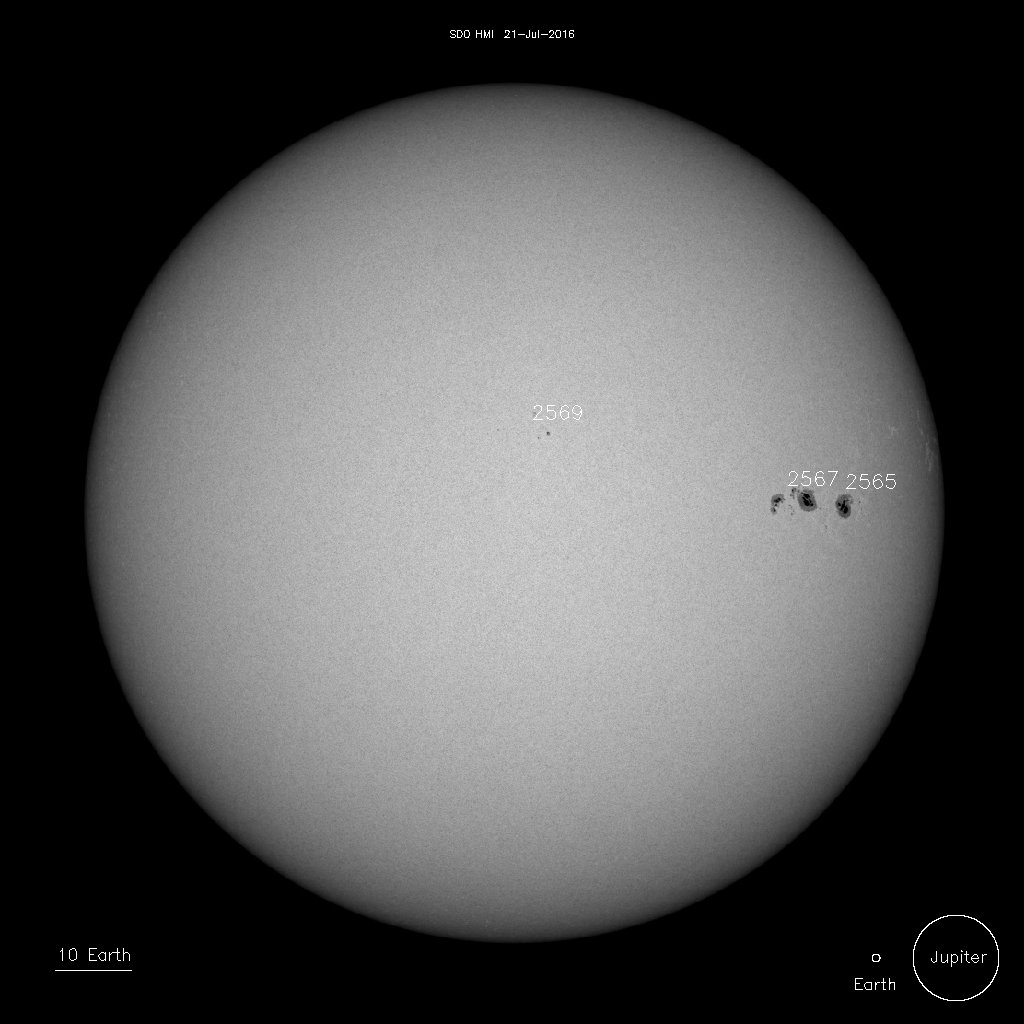 Solar activity is likely to continue at low levels, with a chance for M-class flares (R1-R2/Minor-Moderate) from July 21 to 23 due primarily to the continued high flare probability of Region 2567.

During the last 24 hours (by 12:30 UTC), solar wind parameters were indicative of continued negative polarity CH HSS influences. They are expected to remain slightly enhanced through the rest of the UTC day and into July 22.

Conditions are expected to return to near-background levels by the end of July 22 and into July 23.

The geomagnetic field was at quiet to unsettled levels during the last 24 hours and is expected to remain at those levels, with a likely period of active response, near the end of July 21 due to continued CH HSS influence.

Quiet to unsettled conditions, with an early isolated active period, are expected on July 22 as CH HSS effects persist. July 23 is anticipated to be mostly quiet, with a few isolated unsettled periods, in response to continued, but waning CH HSS effects.