A new study of quartz crystals in pumice from the Bishop Tuff in California reveals that volcanic super-eruptions capable of devastating the entire planet can give only one year warning ahead of its occurrence.

The study site was in the Long Valley Caldera, that was formed by a super-eruption about 760 000 years ago. For the Earth's crust to generate enough of the eruptible magma it takes about tens of thousands of years, and once they are formed they are very unstable and capable of lasting only a few centuries or millennia.

"The evolution of a giant, super-eruption-feeding magma body is characterized by events taking place at a variety of time scales. Now we have shown that the onset of the process of decompression, which releases the gas bubbles that power the eruption, starts less than a year before the eruption," said Guilherme Gualda, associate professor of earth and environment sciences at Vanderbilt University. 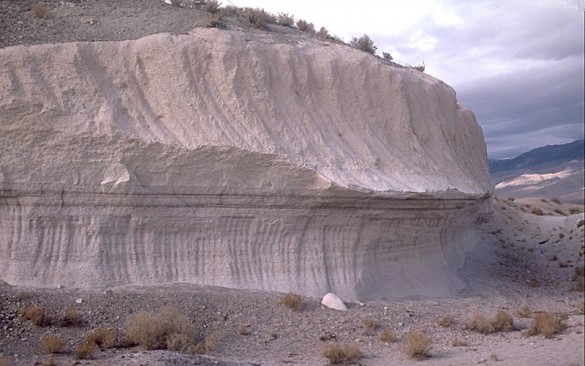 Bishop Tuff in California, the site of a super-eruption. Image credit: USGS

The new research has utilized a more accurate method of measuring rim growth times, pinned on variations in the titanium crystal concentration. Titanium is one the few impurities incorporated into quartz which diffuses fast enough while permitting probing at time scales of minutes. Small levels of titanium are very difficult to measure at sufficient spatial resolution. However, its concentration correlates with the amount of light that gets produced when material gets bombarded by electrons in the so-called cathodoluminsecence. This fact enabled the scientists to perform high-resolution measurements of titanium concentration variations, and determine rim growth times and rates, accordingly.

According to the study, maximum rim growth times span from approximately 1 minute to 35 years, and a median of about 4 days. Over 70% of rim growth times are less than 1 years, which shows the quartz rims have mostly grown during the days or months preceeding the eruption. The rim growth occured under high supersaturation which indicates it marks the onset of decompression and transition from pre-eruptive to syn-eruptive conditions.

The period of decompression could be accompanied by the magma body expansion, which should be detectable on the planet's surface. More research is needed in order to establish the signs at the Earth's surface. However, according to research results, they would likely be felt within one year of eruption, and intensify as the eruption time is approaching. 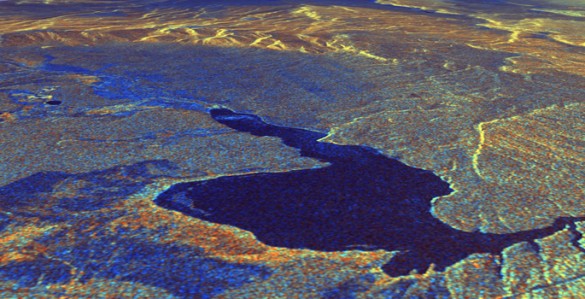 The Long Valley Caldera in eastern California was created by a super-eruption 760,000 years ago. Image credit: NASA/JPL

"As far as we can determine, none of these places currently house the type of melt-rich, giant magma body needed to produce a super-eruption. However, they are places where super-eruptions have happened in the past so are more likely to happen in the future," said Gualda.