Newest research conducted by geologists from the Massachusetts Institute of Technology (MIT), suggests the two well-known ice ages in the history of our planet were caused by a massive tectonic collision which took place near the Earth's equator before both periods. The scientists have also discovered a natural mechanism of the carbon sequestration that accompanied them.

Two distinctive drops in the Earth's temperatures have marked the history of our climate. The first one occurred about 80 million years ago, and the second 50 million years ago. Both were accompanied by a drop in carbon dioxide levels in the planet's atmosphere.

According to the new study, just before this drop in temperature conditions happened, a massive tectonic collision had taken place in a tropical zone, where rocks undergo heavy weathering, which absorbs a big amount of carbon dioxide from the atmosphere, because of frequent rain and other relevant environmental conditions. The drop of the carbon dioxide amount has cooled the atmosphere and induced the change in temperature, leading to the ice ages.

“Everybody agrees that on geological timescales over hundreds of millions of years, tectonics control the climate, but we didn’t know how to connect this. I think we’re the first ones to really link large-scale tectonic events to climate change,” said Oliver Jagoutz, associate professor of Earth, Atmospheric and Planetary Sciences (EAPS) at MIT.

The research team studied the slow northward motion of Gondwana, a supercontinent which occupied the Southern Hemisphere in the period between 300 to 180 million years ago and had afterward broken up to form Antarctica, South America, Africa, India, and Australia.

The northward movement had induced the two tectonic collisions in question. Portions of Gondwana were pushed up toward the northern supercontinent of Eurasia, about 180 million years ago. This activity had slowly squeezed and eventually closed the Neo-Tethys Ocean, a large water mass separating the two supercontinents. 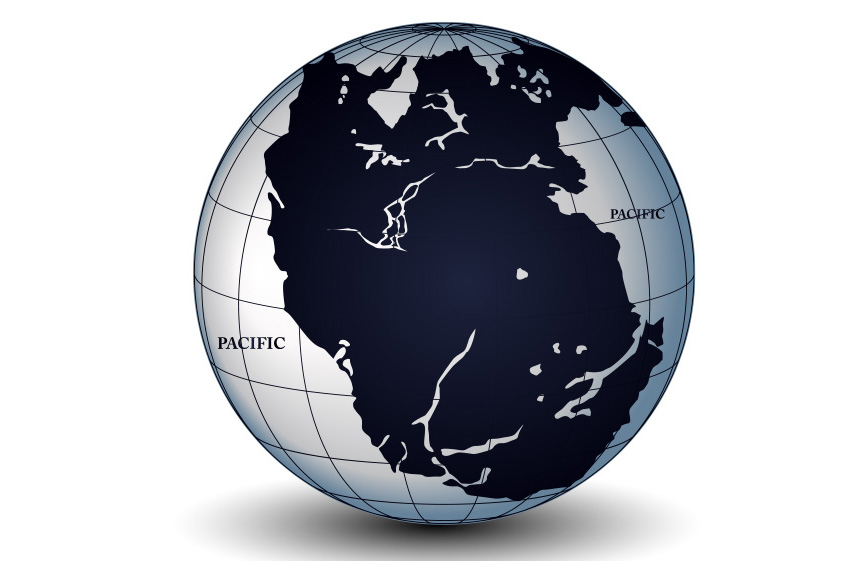 “Everybody agrees that on geological timescales over hundreds of millions of years, tectonics control the climate, but we didn’t know how to connect this,” said Oliver Jagoutz. Image credit: Christine Daniloff/MIT

The tectonic shifting that occurred in and around the water at the time was already simulated by the scientists. By analyzing the old rocks found in the present Himalayas, the group of scientists managed to find out a sequence of events unfolding as the continents merged.

According to their analysis, the northeastern edge of the African plate collided and slid under an oceanic plate in the Neo-Tehtys Ocean, about 90 million years ago in an event which created a series of volcanoes.

Africa continued to travel northward at 80 million years ago, and the oceanic plate ended up being pushed up and over the continent. The ocean rock was exposed to the atmosphere, and volcanoes were simultaneously terminated.

About 50 million years ago, India merged with Eurasia. In this collision, another region of the oceanic plate was pushed up onto that continent.

The collisions occurred in the Intertropical Convergence Zone (ITCZ), parts of atmosphere where trade winds produce an area of intense rainfall and high temperatures.

The experts conducted an investigation to determine if the tectonic collisions played a significant role in drawing upon the large amounts of carbon dioxide out of the planet's atmosphere, thus triggering the ice ages.

In the process called 'silicate weathering'; some rocks, like basalts and ultramafic rocks, constituents of oceanic plates, undergo chemical reactions which actively absorb carbon dioxide. If the rocks are exposed to the atmosphere in the tropical area, they act as efficient carbon sinks.

According to researchers, the two collisions brought basaltic and ultramafic rocks up from the oceans, thus creating the carbon sinks at the time corresponding to the two famous ice ages. The collisions also turned off carbon sources, as they buried volcanoes which had been emitting carbon dioxide and other gasses into the atmosphere until that point. 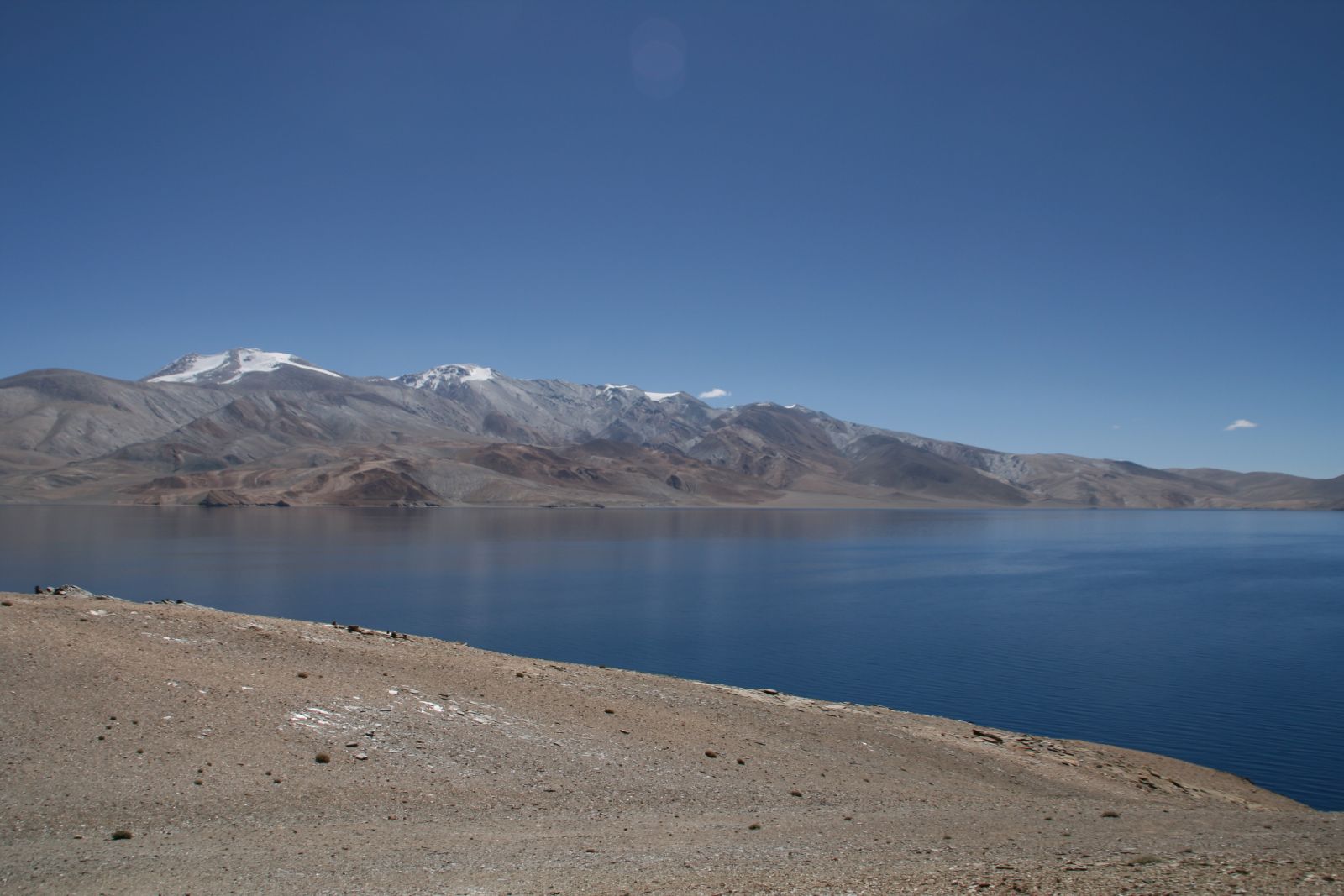 The Nidar Ophiolite in Northeast India is a piece of rock formed in a long-gone ocean that separated India and Eurasia. A new study suggests that when tectonic forces emplace such ophiolites onto continents at low latitude, the weathering of these rocks can pull a large amount of carbon dioxide out of the atmosphere. Image credit: Oliver Jagoutz

The scientists have explored weathering rates of various rock types to determine if these events directly reduced the amount of carbon dioxide in our atmosphere.

The calculations showed the amount of carbon dioxide drastically fell at exactly the time when the two collisions occurred. The carbon dioxide levels also mirrored the temperature of the oceans during this period.

According to Jagoutz, the collisions perhaps had such a powerful impact because each continent continued moving northward, in the process exposing new basaltic and ultramafic material "like a bulldozer that brings fresh rock to the surface."

A similar process is also unfolding in the present, although at a smaller scale, near the island of Java. The tectonic activity that shifted Gondwana to the north over 100 million years ago, is now pushing the Australian plate in the same direction, and piling up basaltic material on Java within the ITCZ.

“What nature shows us is, if you put a lot of these rocks in the tropics, where it’s hot, muggy, wet, and rains every day, and you also have the effect of removing the soil constantly by tectonics and thus exposing fresh rocks, then you have an excellent trigger for ice ages .But the question is whether that is a mechanism that works on the timescale that is relevant for us,” Jagoutz concluded.

“To confidently estimate the long-term fate of fossil fuel carbon in the atmosphere, we need to fully understand the dynamics of the carbon cycle and how it operates on all time scales. This study highlights an important restorative force of the carbon cycle. The ‘repair mechanism’ for volcanism-induced warming is the chemical weathering of the volcanic rocks themselves  – a repair job that takes millions of years,” said Lee Kemp, professor of geosciences at Penn State University.

Featured image: The Nidar Ophiolite in Northeast India is a piece of rock formed in a long-gone ocean that separated India and Eurasia. A new study suggests that when tectonic forces emplace such ophiolites onto continents at low latitude, the weathering of these rocks can pull a large amount of carbon dioxide out of the atmosphere. Image credit: Oliver Jagoutz