Severe thunderstorms, large hail and tornadoes are affecting the central United States since Wednesday, March 30, 2016. The worst weather today is expected in Mississippi, Alabama, Tennessee and Kentucky as a large front, extending from the Great Lakes to the Southern Plains, slowly moves to the East Coast.

There were 6 tornado and 77 large hail reports on March 30. Four tornadoes were reported in Oklahoma, one in Kansas and one in Arkansas.

At least 9 people have been injured in Oklahoma as a result of the severe storms.

"Weather-related calls resulted in 9 patients transported so far tonight. Most calls were for serious injuries & one critical patient," EMSA said on their Twitter account.

A family of four escaped serious injury after a tree fell on their truck during a tornado in North Tulsa, police said.

Check out this video of a cone tornado at the Tulsa International Airport, was taken at ~7:30 pm. Vid: @BAK_yn pic.twitter.com/IaJNe6qqrM

Schools in Tulsa will be closed on Thursday due to power outages and storm damage.

IMAGES: Here's where we're headed this AM. This is the tornado that hit a neighborhood in Owasso. No injures @NEWS9 pic.twitter.com/HGN81g1B62

A nursing home and numerous houses were damaged after a tornado struck Dermott, Arkansas. At least one person was injured.

The University of Arkansas at Little Rock was forced to close its campus due to flooding.

In Greene County, Missouri a house fire was started by a lightning strike 6.4 km (4 miles) east of Springfield. 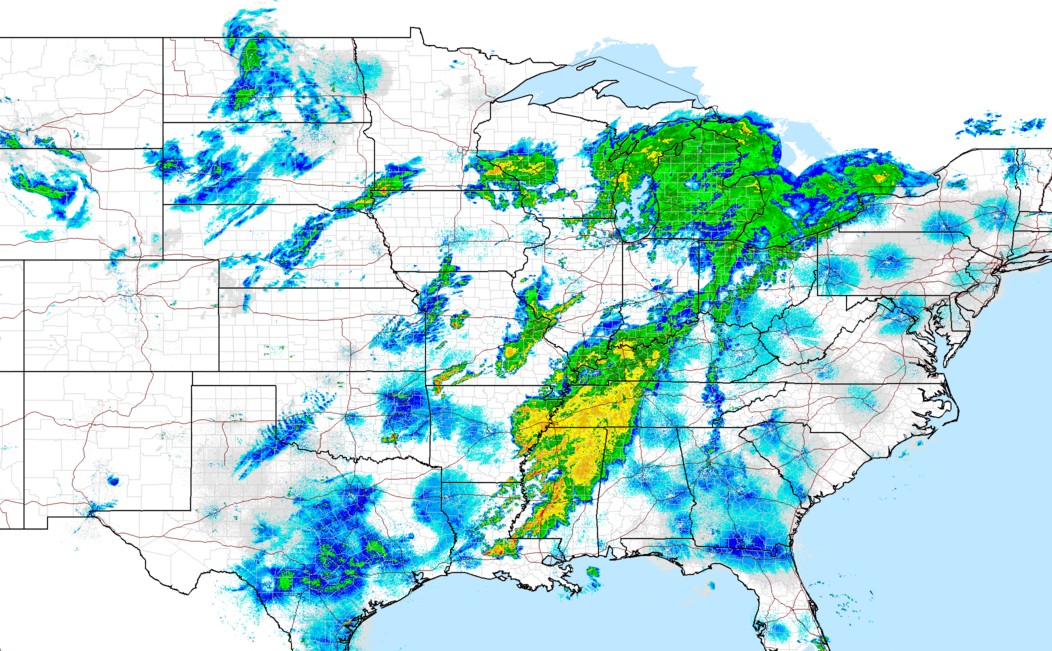 According to SPC, severe thunderstorms are possible across a large area extending from the central Gulf Coast states northward across the Ohio Valley to southern Michigan on March 31.

The greatest threat of tornadoes and very large hail will be centered over northern Mississippi and Alabama into Tennessee and southern Kentucky.

More isolated severe storms are possible during the evening into the western Carolinas and Friday morning, April 1, along the central Gulf Coast. 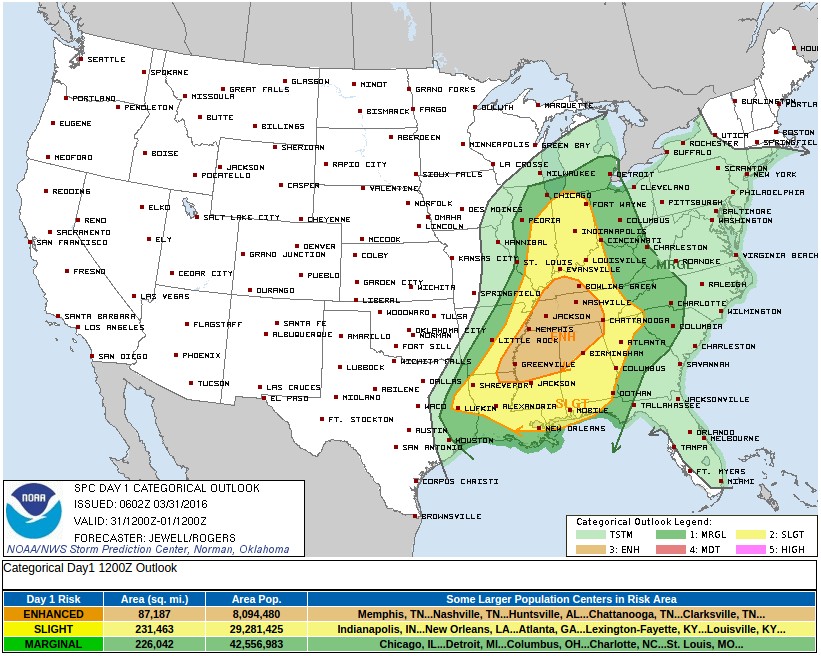