A blinding dust storm has swept through San Bernardino County, California on March 28, 2016, causing a large traffic collision and leaving 28 people injured, including 1 in critical condition.

According to San Bernardino County Fire Department, the collision occurred about 15:20 PDT (22:20 UTC) in Lucerne Valley, near California 18 and Rabbit Springs Road. 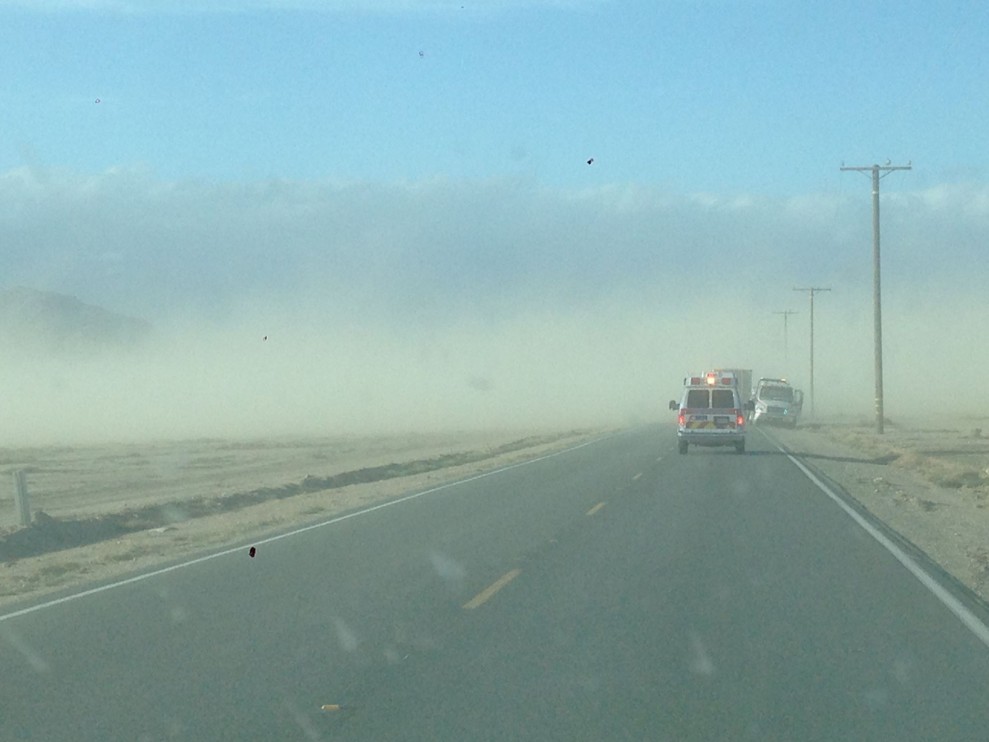 With additional vehicles now involved, County Fire declared a mass casualty incident, which dispatched additional paramedic engines, chief officers and numerous additional ground ambulances to the scene. The initial patient count was approximately 30 injured, most of which were walking wounded.

Only 3 patients required transport, one of which sustained major injuries and was transported by ground ambulance to Arrowhead Regional Medical Center. Two other patients were transported to St. Marys in Apple Valley. 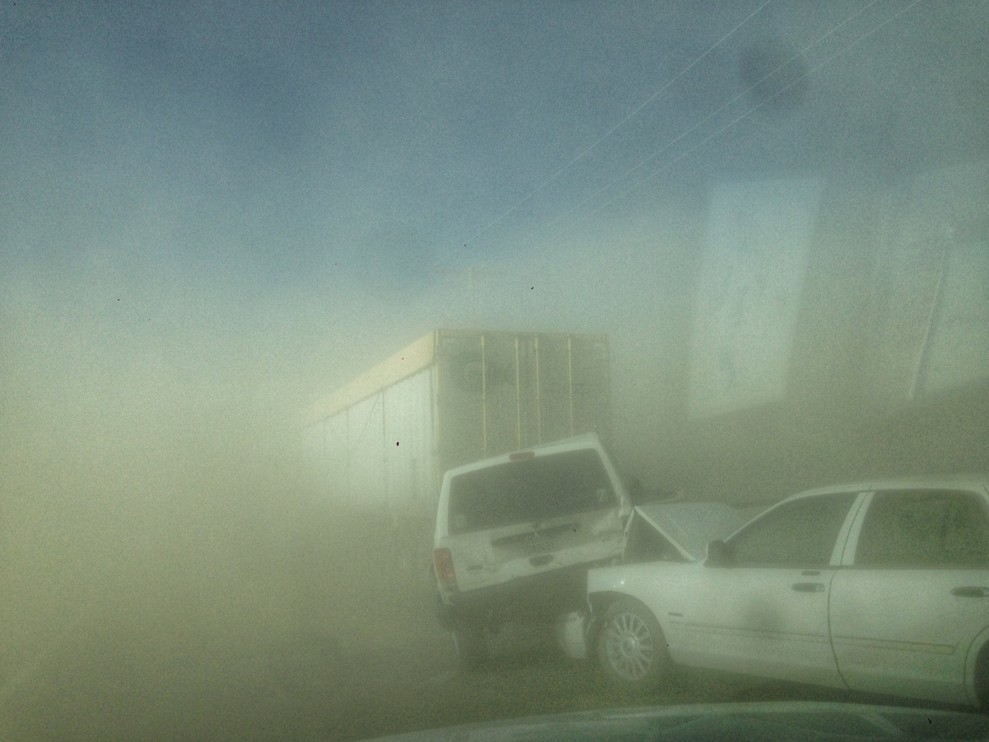 A high-wind advisory was in effect for the Apple and Lucerne valleys until 03:00 PDT Tuesday, and forecasters anticipated sand and dust blowing in the evening and overnight.