After two failed attempts, Meteor mission was successfully launched at 03:05 UTC on March 23, 2016. Instruments needed for the mission, along with more than 3 ½ tons of supplies were packed inside an Orbital ATK Cygnus spacecraft and launched via the United Launch Alliance Atlas V rocket from Space Launch Complex 41 at Cape Canaveral Air Force Station, Florida.

The Cygnus, which carries no crew, will steer itself to the station during the course of three days and dock on March 26. Astronauts and ground controllers will use the station's robotic arm to grapple Cygnus and connect it to the Earth-facing port of the Harmony module on the ISS. Cygnus will stay connected to the Earth-facing laboratory for about two months before being released to burn up in Earth's atmosphere.

Sometime in May, the astronauts will use the arm again to release Cygnus into its own orbit. Flying by itself again and with no one onboard, the automated Saffire experiment will be activated to study the spread of a large fire in space. Previous research has focused on very small combustion studies, but this one is deemed crucial to seeing how a large fire spreads in microgravity so in an unlikely emergency, future crews can know how to fight such a blaze. 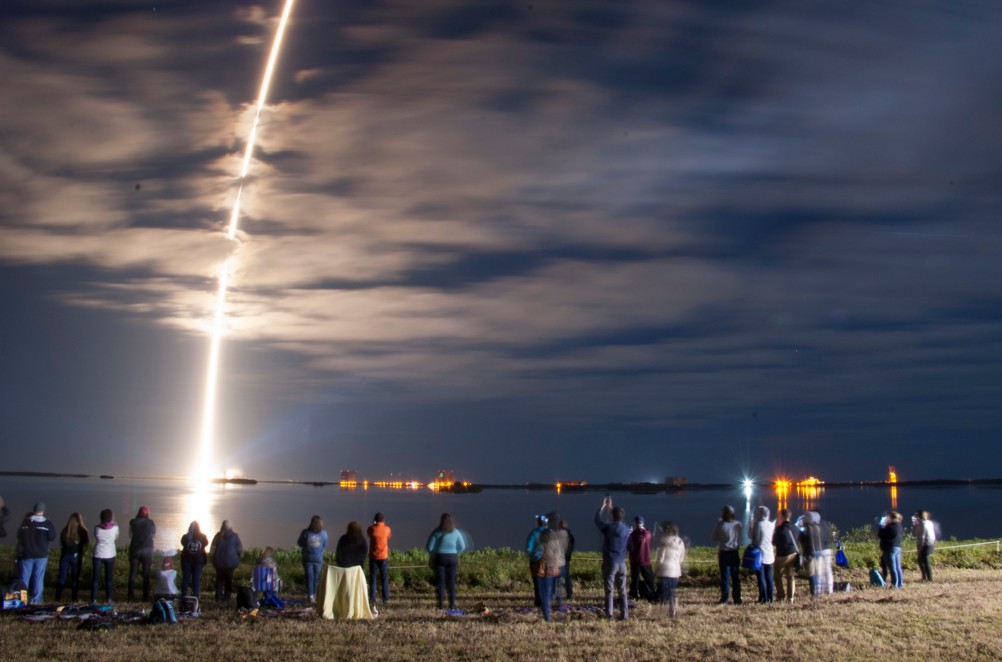 Meteor mission's primary objective is to record meteor showers from space and provide a new basis for studying the composition and behavior of meteors and their parent bodies. It will help scientists better understand the asteroids and comets crossing Earth's orbit and how these celestial objects have affected our planet. It could also help protect spacecraft and Earth from potential collisions with this celestial debris.

The Meteor investigation will spend two years recording meteor showers using a special camera installed in the station’s Window Observational Research Facility (WORF). This window was designed to support the use of high-resolution cameras and produce high-quality images from inside the station rather than outside, where instruments face the vacuum and extreme temperatures of space.

The Meteor investigation camera in the WORF window. Credit: NASA.

The camera is programmed to record predictable showers, and its continuous measurement of meteor interactions with Earth’s atmosphere could spot unpredicted ones as well.

The objectives for the Meteor payload include: 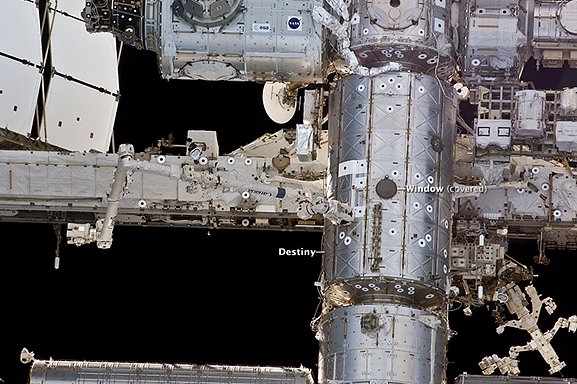 Location of the Window Observational Research Facility (WORF) in the Destiny Module, in which the Meteor camera will be installed. Credit: NASA

Space-based viewing of meteor showers offers many advantages over traditional observation by ground- or aircraft-based instruments. Viewing from the station is not affected by weather or interference from Earth’s atmosphere. Instruments on Earth are also limited to short periods of observation time and viewing field, but the camera aboard the station is suppose to record for roughly 560 minutes every day. That is the amount of time the station is in darkness as it orbits Earth 16 times a day.

Along with Meteor, the station’s Expeditions 47 and 48 crews will employ these science payloads: