The scientists have conducted an investigation aimed at understanding how the long-term effects of seismicity on rock slopes and their interaction with geomorphic processes induces landslides. In the case study of the massive 1959 Madison Canyon Slide in Montana, US, researchers demonstrated that long-term seismic and geomorphic damage is important, and often neglected mechanism responsible for bringing a slope to failure.

1959 Madison Canyon Slide is considered the most devastating secondary hazard of the M7.5 Hebgen Lake earthquake. The earthquake, also known as the 1959 Yellowstone earthquake, occurred on August 17, in southwestern Montana. The consequential massive landslide blocked the flow of the Madison River, and at this time, the Quake Lake was created. 28 people died in the event. 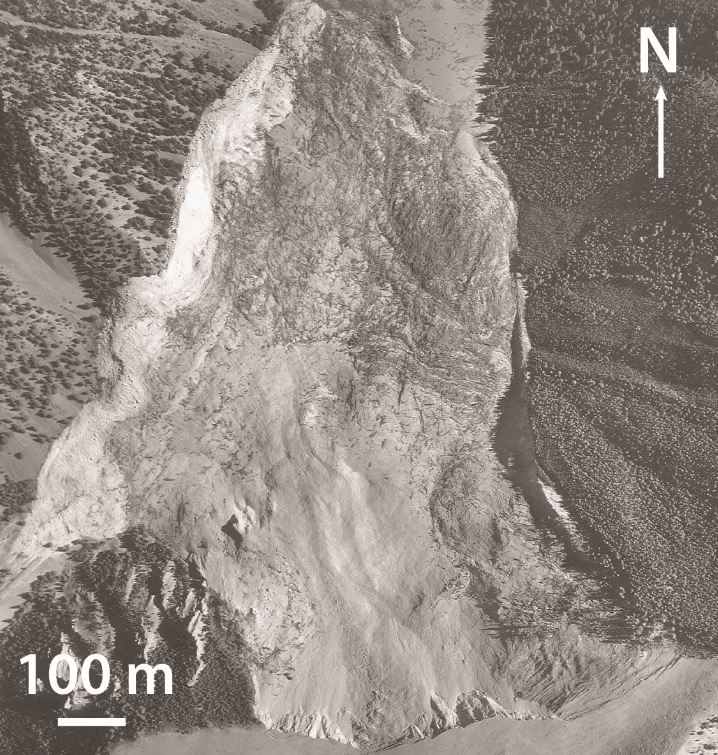 The landslides triggered by the earthquake dumped 80 million tonnes (40 million cubic yards) of rock, mud, and debris into the valley and induced hurricane-force winds strong enough to toss cars.

In order to study the often neglected mechanisms, the experts have combined geotechnical survey, long-range terrestrial digital mechanics, engineering geomorphology mapping and 2D numerical simulations in an integrated approach to understanding the conditioning factors, mechanics, kinematics, and evolution of the event and metastable rock slopes in general.

The rock mass and discontinuity properties at the site have been estimated by utilising field and photogrammetric surveys, and laboratory tests. The results showed the landslide was not controlled by the discontinuity sets. Instead, the composite surfaces incorporating multiple discontinuity sets seemed to have acted as the main rear and lateral release surfaces.

Engineering geomorphology mapping aided in the delineation of ten landslide compartments or blocks within the deposit, as well as compressional and extensional zones, indicating how the rock mass failed. Post-event debris slides and rockfalls, as well as anthropic modification of the landslide deposits, were included in the evolution of the event, based on multi-temporal aerial images. Geomorphic processes such as undercutting of the marble unit at the base of the slope, gully incision, and weathering are thought to be relevant to slope failure. 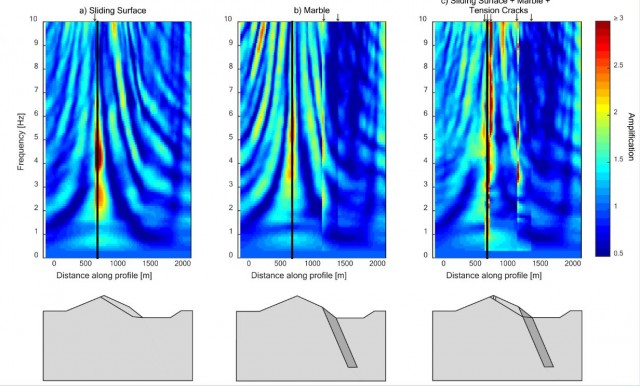 Preliminary seismic modelling highlighted the role of pre-existing compliant fractures in amplifying seismic waves, particularly at the crest of the slope. Topographic amplification was shown to be less critical. Simulation of multiple earthquakes in the models indicate the significance of seismic fatigue in slopes, leading to failure.

The scientists have been able to reconstruct a chronology of events at the Madison Canyon site, from the development of initial tension cracks at the crest of the slope and the cumulative damage of the rock mass to the triggering of the catastrophic failure and subsequent evolution of the deposits.

Research results imply that long-term seismic (earthquake) and geomorphic damage are important, yet often neglected, mechanisms in bringing a slope to failure and that the seismic “past” of the slope (i.e., past earthquakes damaging the slope) may have had a significant impact on stability. Topographic amplification of seismic waves appears less critical than damage amplification related to pre-existing and seismically induced discontinuities and the ability to determine reasons for the exact location of this landslide (topographic, geomorphic, mechanical, and seismic effects) contributes to the understanding of slope behaviour.