Heavy rainfall and strong winds battered the city of Córdoba, Argentina on the night of February 15, 2016. Flooding has been reported across the affected areas, and 4 deaths resulted from extreme weather related incidents.

Over 70 mm (2.8 inches) of rainfall was recorded in Córdoba during a few hours of intense rainfall on February 15, the Observatory of Cordoba of the Argentinian National Meteorological Service reported. Wind speed measured 110 km/h (68.4 mph) with gusts up to 140 km/h (86.9 mph). Strong hailstorm was also observed. 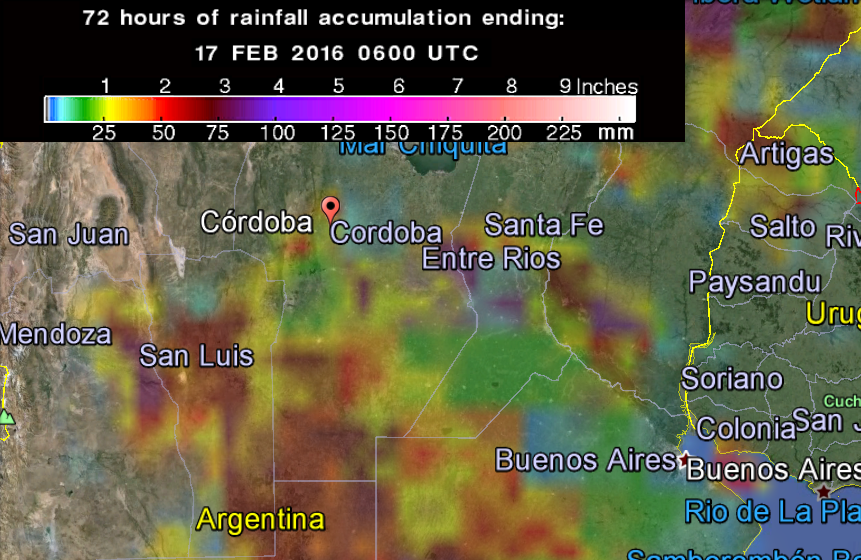 Villa Richardson, Central America and parts of the North and West neighbourhoods in Córdoba were hit the worst as hundreds of houses immersed in the flooding waters. Several families were evacuated from Villa El Chaparral and the West sectors of the city, according to the Municipal Civil Defense.

Torrential downpours have been affecting Argentina throughout the late December 2015 and January 2016, and several provinces, including Entre Rios, Chaco, Corrientes and Formosa, are still recovering from the flooding.

An event of similar intensity hit the Cordoba Province on February 15, 2015. 9 people died and over 1 000 people were displaced from their homes on the occasion.