A new tropical cyclone has formed in the South Pacific Ocean at 21:00 UTC on January 14, 2016. By 09:00 UTC on January 15, the tropical depression (7P) strengthened into a tropical storm and was named Victor. The system is expected to keep intensifying over the next three days. A gale warning is in effect for Rakahanga, Manihiki, Suwarrow, Nassau and Pukapuka in the Northern Cook Islands.

At the time, Victor was located approximately 485 km (301 miles) east of Pago Pago, American Samoa, and has tracked west-southwest at 12.9 km/h (8 mph) over the past six hours. The animated enhanced multispectral imagery depicts increased consolidation of deep convection wrapping into the low level circulation center. 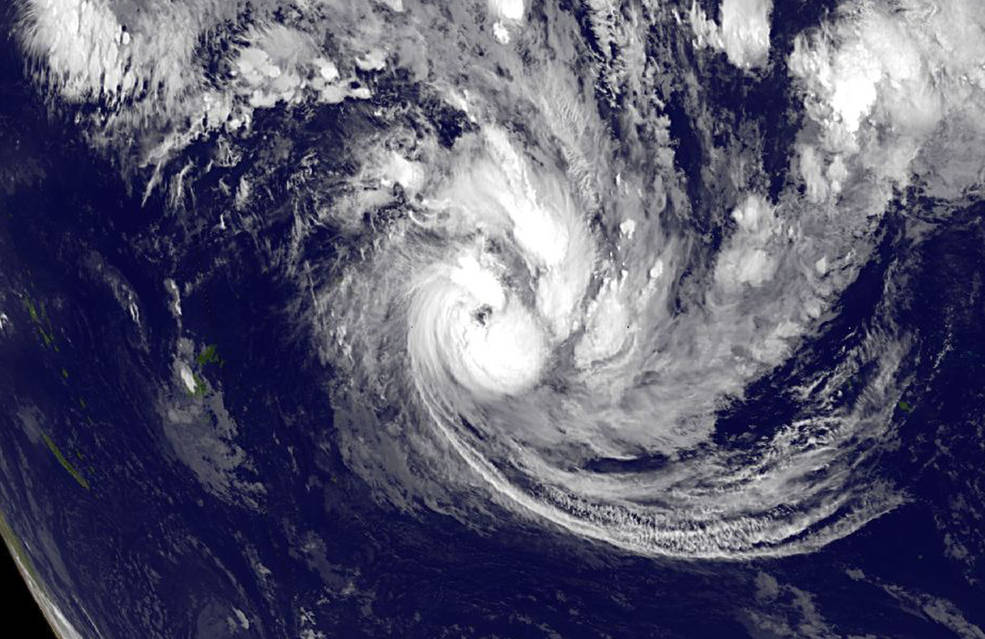 The system is currently tracking under the influence of a deep subtropical ridge to the southeast. Environmental conditions are very favorable for intensification with low vertical wind shear, good radial outflow from an upper-level anticyclone centered over the top of the low level circulation center, warm sea surface temperatures near 30 °C and (86 °F) and very high ocean heat content values.

These favorable conditions will support intensification over the next 72 hours as the system tracks slowly poleward, reaching peak intensity of 167 km/h (103.6 mph).

The cyclone season in the Cook Islands runs from November to the end of March. 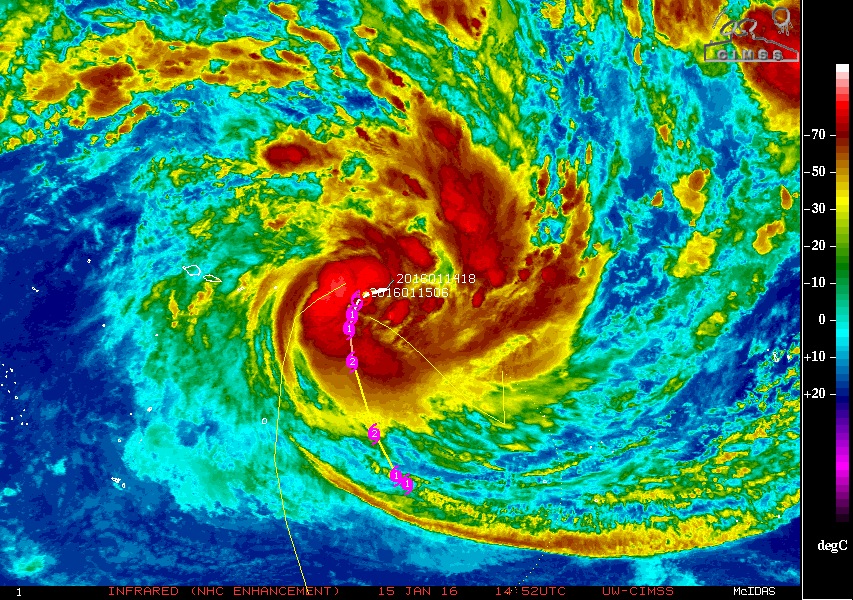