Strong and very shallow earthquake measured as M6.6 by Geoscience Australia hit Kepulauan Alor, Indonesia (near East Timor). The agency is reporting a very shallow depth of 3 km (1.8 miles). USGS is reporting M6.3 at a depth of 14.3 km (8.9 miles).

The quake caused panic among residents, but there are no reports of injuries or damage, according to media reports.

Indonesia's Meteorology and Geophysics Agency said the quake did not have the potential to trigger a tsunami. 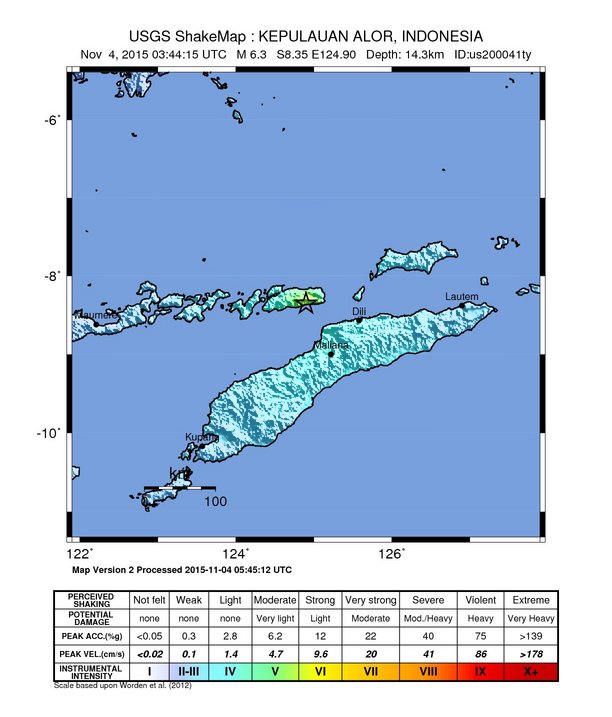