An upper level low, currently located a few thousand kilometers southwest of southern California is set to bring torrential downpours and heavy thunderstorms across parts of Arizona, California and New Mexico. The weather system is expected to combine with moisture-rich Tropical Depression "16E" which made its landfall in Mexico on September 21, 2015 and possibly cause flash floods and landslides across the affected areas. 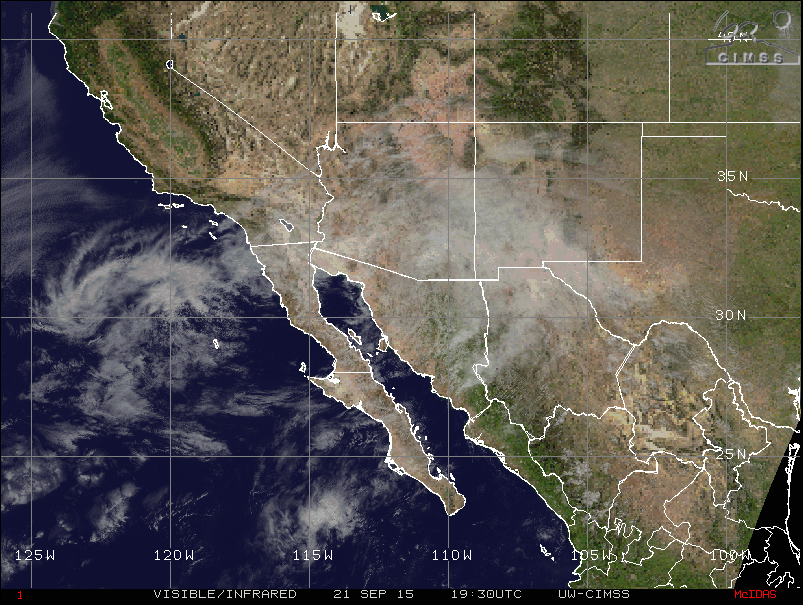 Tropical Depression "16E" made its final landfall in northwestern Mexico on September 21, about 257 km (160 miles) southwest of the Arizona-Mexico border. The moisture from the depression is expected to cause rainstorms, some of which holds the potential to cause flash floods.

Thy system already contributed to heavy rainfalls that battered northwestern Mexico over the last few days. Mazatlan reported 122.5 mm (5 inches) in a 24 hour period between September 16 and 17. 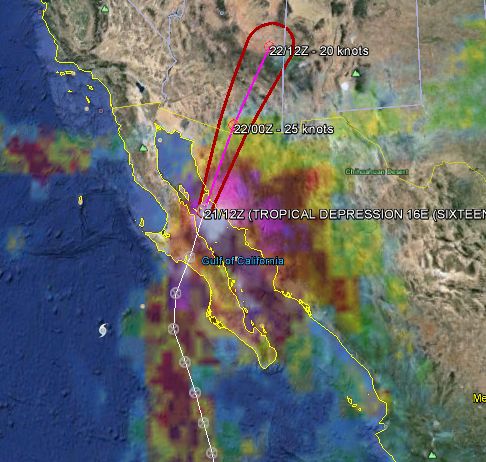 The current synoptic situation combines an upper-atmospheric low pressure system thousands of kilometers southwest of southern California and an upper-level high pressure centered over the Rio Grande Valley of Texas. The prevailing weather conditions are pushing deep moisture toward the Desert Southwest.

This moisture-rich meteorological conditions are not unusual for the Desert Southwest, as it's a wet phase of the North American monsoon season. However, some meteorologists predict the moisture content of the atmosphere may set new records for this time of the year, early this week.

The upper-level low in combination with the remnants of Tropical Depression "16E" will continue moving across Southern California and the Desert Southwest during this week. The conditions will provide good ground for the formation of strong thunderstorms and heavy rainfall.

Strong rainstorms have already begun to spread across the southern Arizona, as 30.7 mm (1.21 inches) of rain was reported in Nogales on September 21. The upper level low is expected to diminish by September 23 and allow the drier air flow to return back to the Desert Southwest.

Flash flood watches have been put in effect across a big part of southern California, Arizona and western New Mexico.