Region 2371 is one of the largest in current solar cycle, it is very active, capable of producing more strong to major eruptions on the Sun and is in geoeffective position. CMEs produced by this region over the coming days will most likely be Earth-directed.

Associated with M6.5 event was a Castelli-U spectral burst including a 1000 sfu Tenflare and a Type II radio sweep (1480 km/s estimated shock velocity) indicating a CME was produced.

A full halo CME was produced, estimated time of arrival is June 24 at 23:00 UTC. 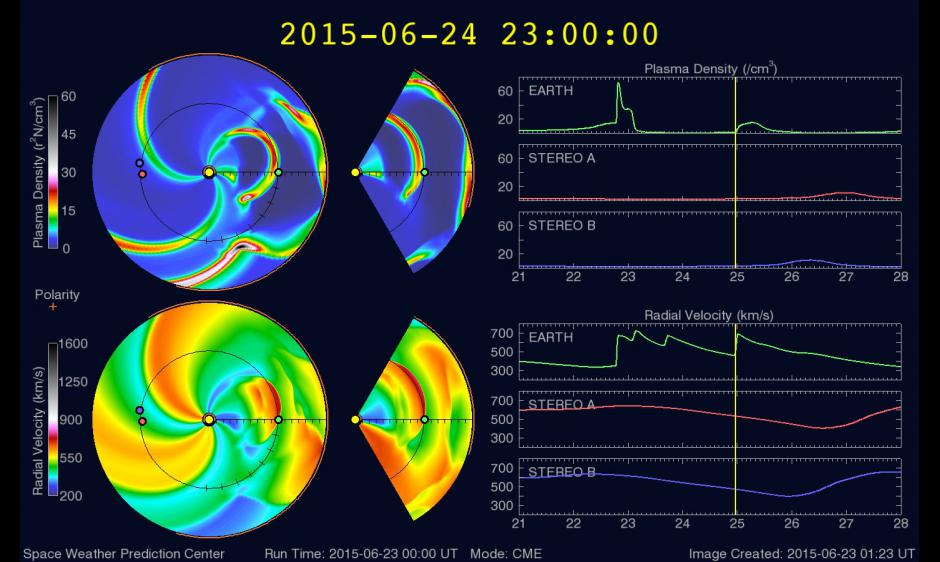 Further analysis and subsequent models runs will be performed to better ascertain the intensity, timing, and duration of additional geomagnetic storm response from this latest CME. A G1 (Minor) Watch has been issued for June 24 and 25 as a preliminary response, SWPC said at 00:30 UTC on June 23. 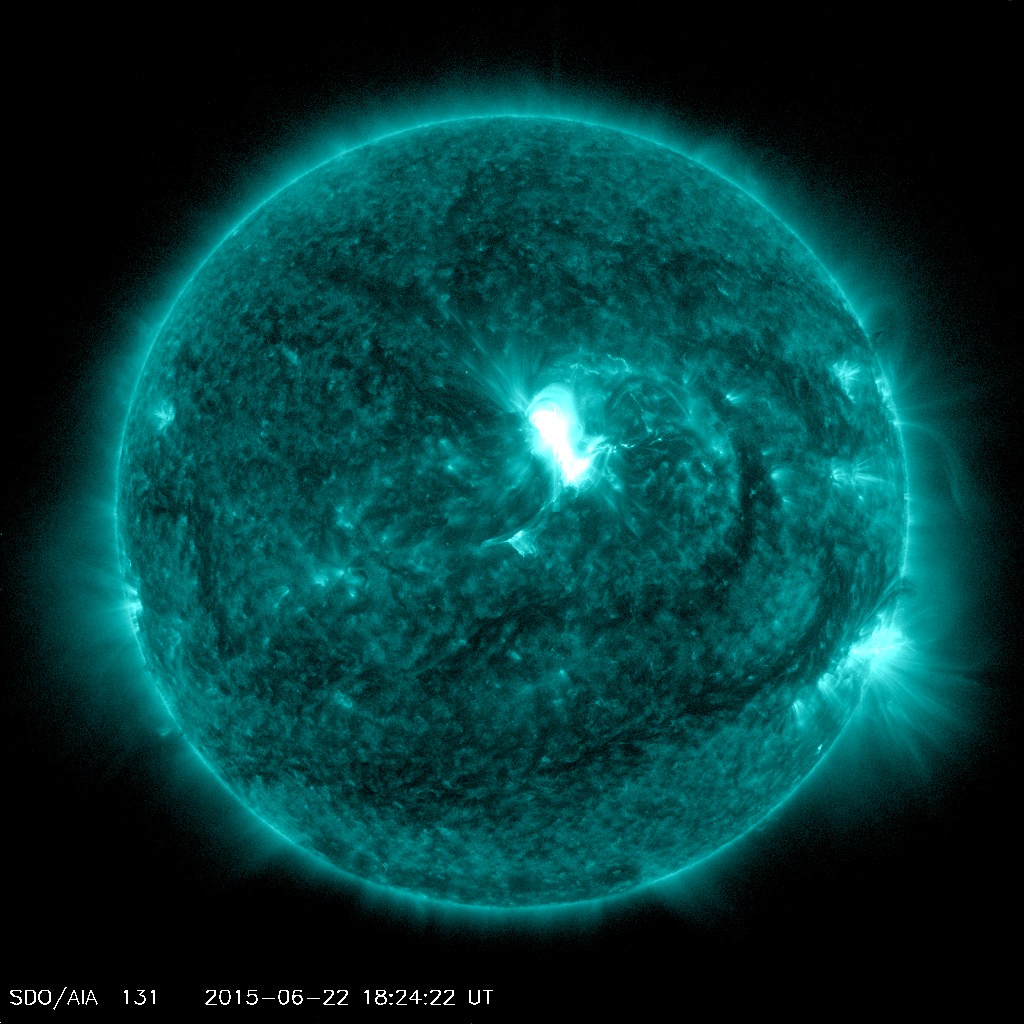 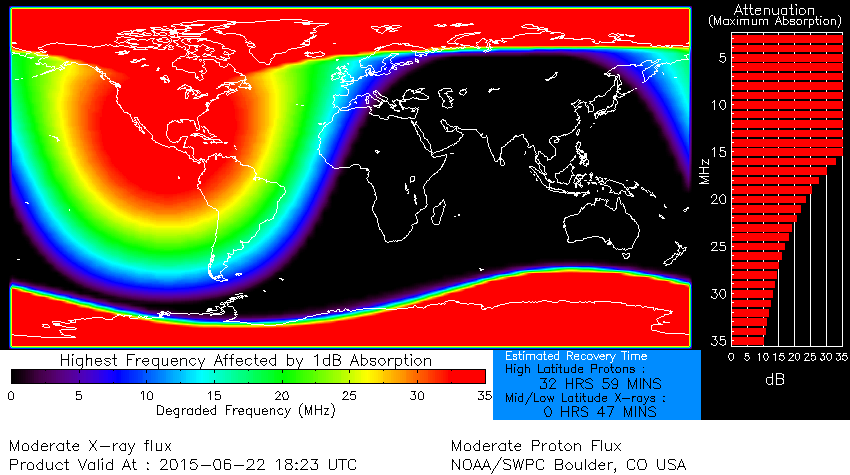 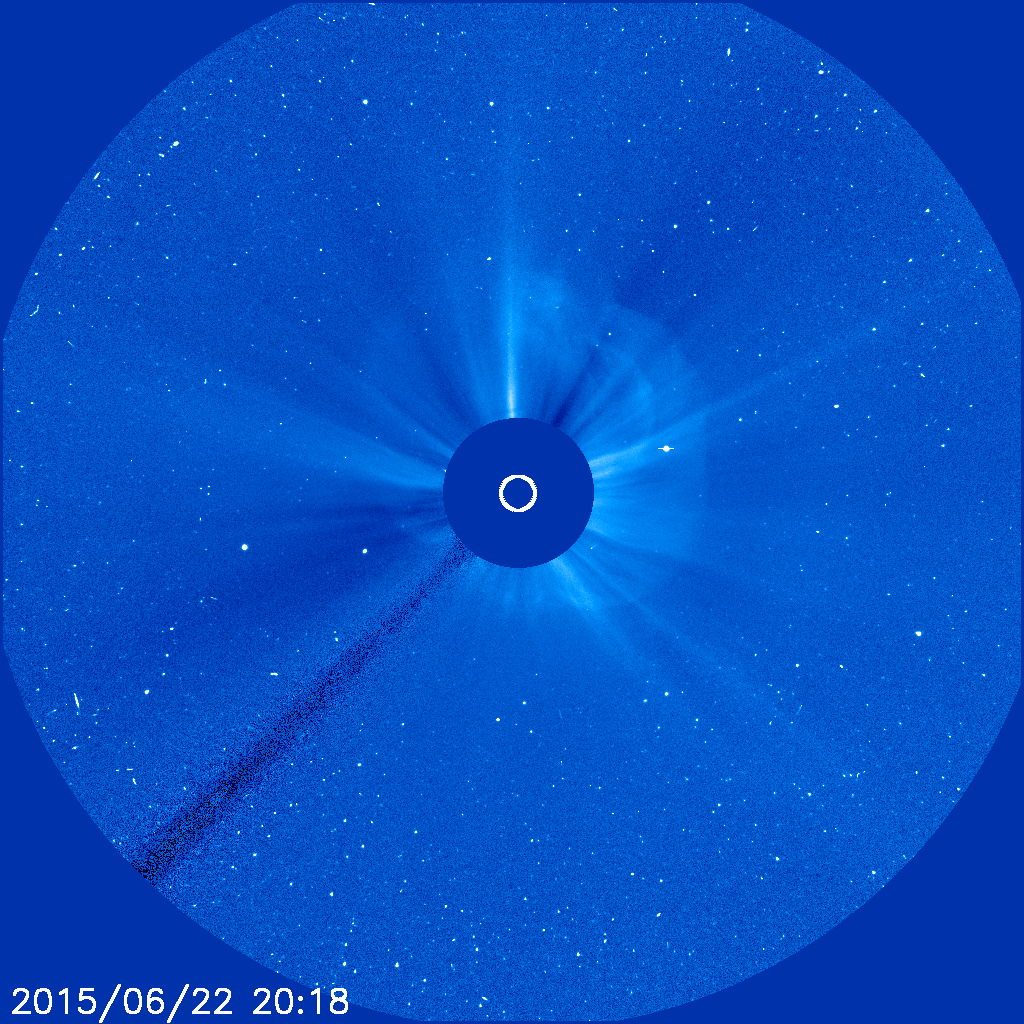 Meanwhile, all three CMEs (from June 18, 19 and 21) have finally arrived at our planet causing geomagnetic storms reaching G4-Severe levels on June 22 and 23. 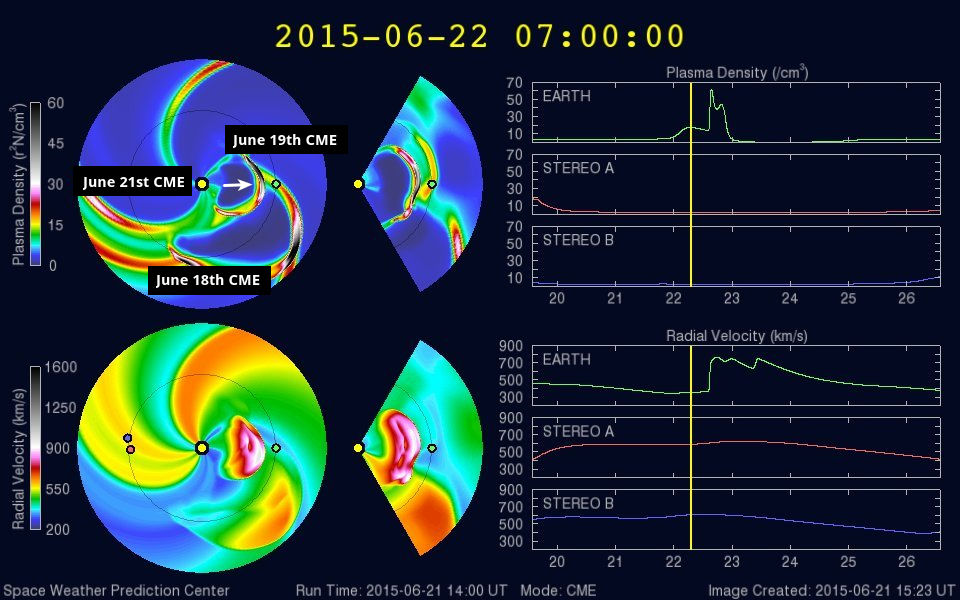 Proton levels are still on the rise. Our planet is currently experiencing S3-Strong Solar Radiation Storm.

According to NOAA, there are about 10 such events per each solar cycle (11 years).