JMA is describing this quake as an aftershock of the M9.0 which hit Japan on March 11, 2011 and caused the meltdown of three reactors at the Fukushima Daiichi Nuclear Power Plant.

JMA issued Tsunami advisory for the coastal area of the Iwate prefecture with expected waves ranging from 0.2 to 1 meter maximum.

Tohoku Electric Power Co, which operates the Onagawa and Higashidori nuclear plants in nearby Miyagi and Aomori prefectures, told NHK it found no irregularities at the facilities after the quake. 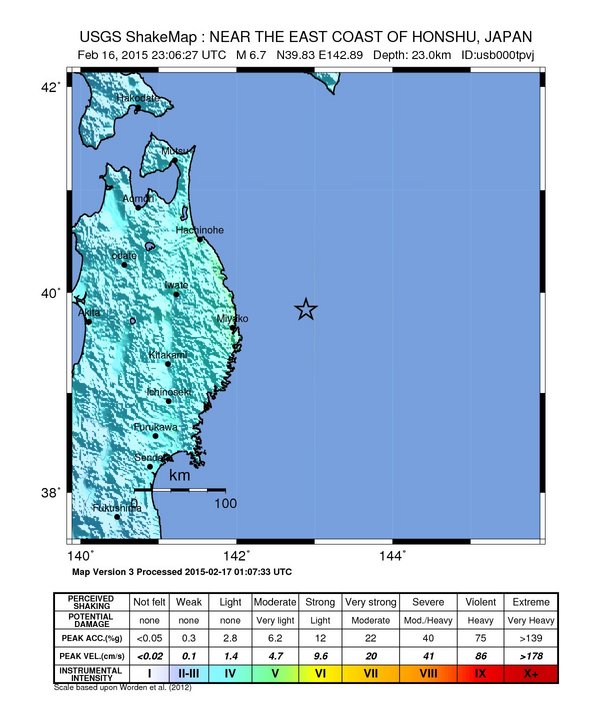 A 20 cm (8 inches) tsunami wave was recorded off the city of Kuji at 00:07 UTC. Waves of up to 10 centimeters were recorded along other parts of the coastline of Iwate prefecture.

"So far we have seen a minor tsunami but we continue to warn our citizens not to approach the coast as second and third waves could be higher," said Masayuki Yamazaki, an official in the anti-disaster office in Miyako. 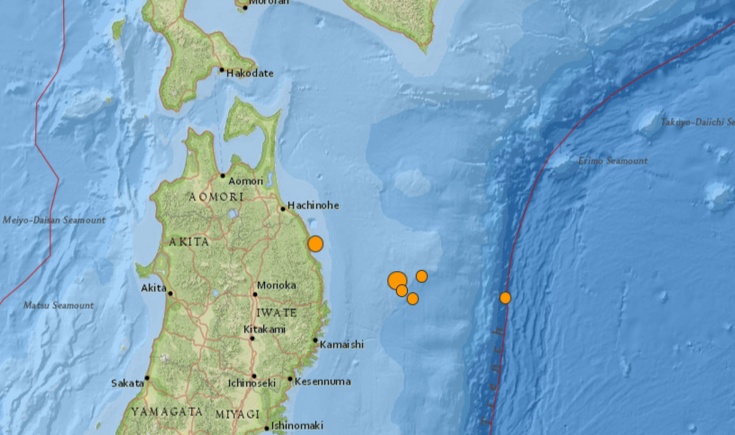