A 10cm Radio Burst lasting 1 minute (peak flux 300 sfu) was associated with the event. This can be indicative of significant radio noise in association with a solar flare. This noise is generally short-lived but can cause interference for sensitive receivers including radar, GPS, and satellite communications.

This region was the source of two M-class solar flares yesterday – M3.2 at 12:03 and M3.7 at 20:46 UTC. Both appeared to have associated CMEs, but analysis of both concluded that the majority of the ejecta was too far east of the ecliptic plane, presenting little threat of impact to Earth from either. This region was also responsible for a handful of low-level C-class flares as well as several sub-faint optical flares.

The next three days (November 16 – 18) are likely to see solar activity at moderate levels (R1-R2/Minor-Moderate) with a slight chance for an X-class flare (R3-Strong or greater). Continued significant flare activity from Region 2209 will be the most likely source of the increased solar activity. 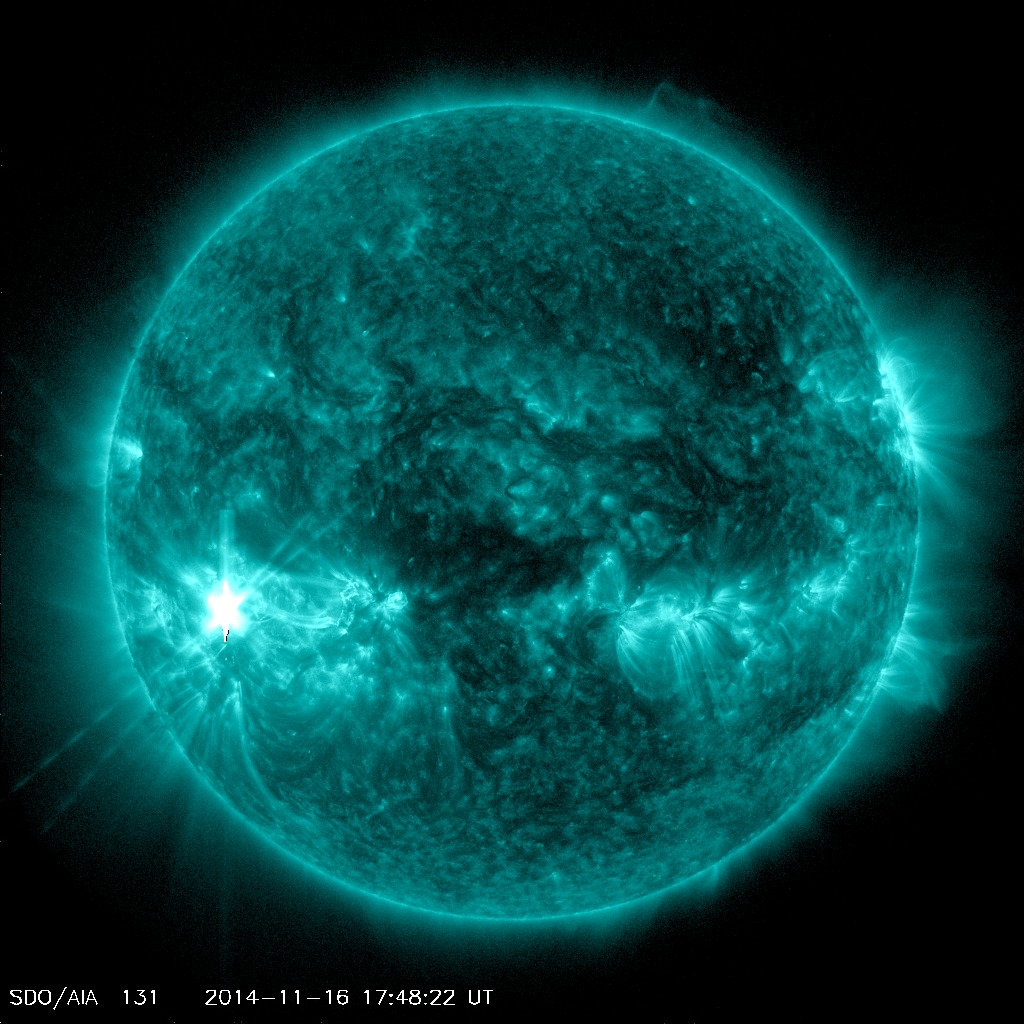 There are currently 6 numbered sunspot regions on the visible solar disk.

Region 2213 (S09E17, Dai/beta) exhibited slight separation between the leader and trailer spots, and did have more intermediate spot development. 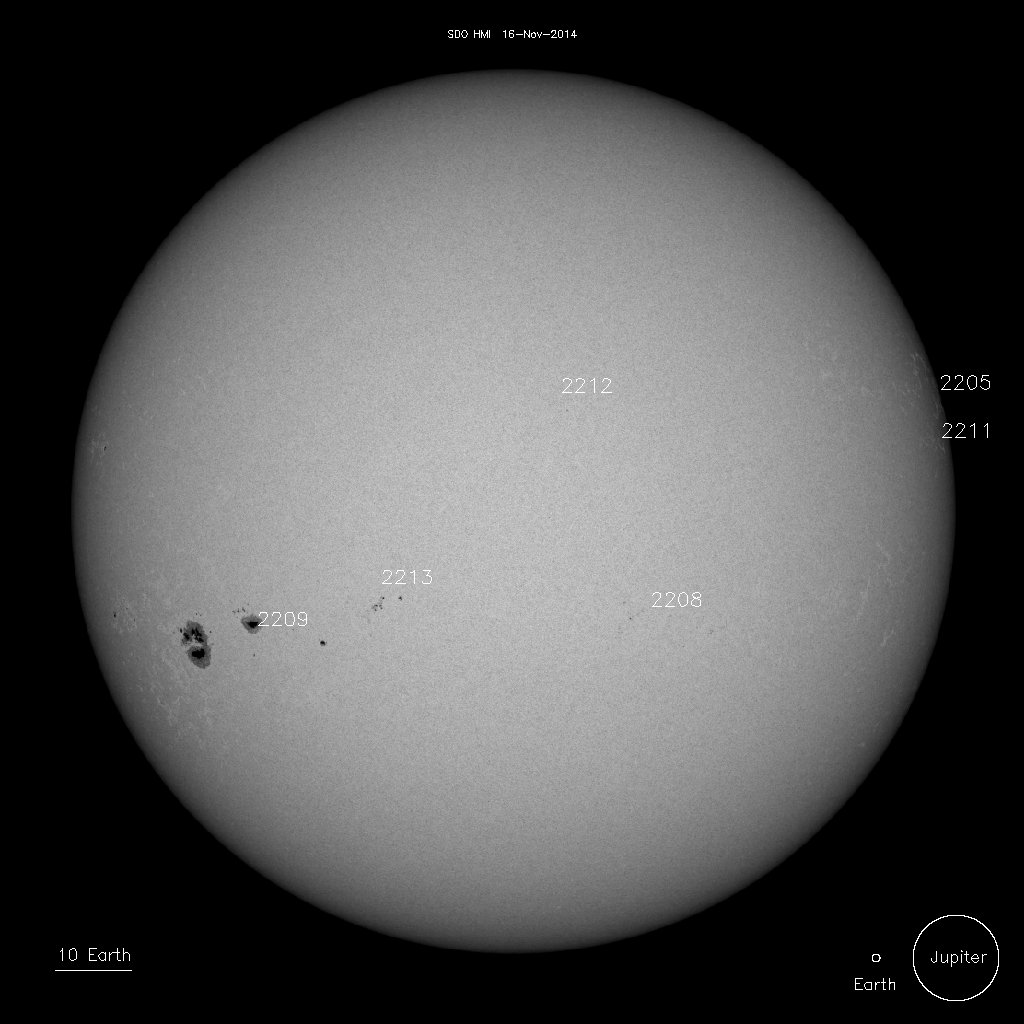 The geomagnetic field was at quiet to active levels with isolated minor to severe storming (G1-Minor to G3-Strong) at higher latitudes during last 24 hours. The increase in activity is likely associated with the arrival of the co-rotating interaction region (CIR) and beginning of the coronal hole high speed stream  (CH HSS).

Following the arrival of the earlier CIR, the subsequent positive polarity CH HSS is expected to influence the geomagnetic field for the remainder of November 16 causing an increase in activity to active to minor storm (G1-Minor) levels. Quiet to active levels, with a slight chance for G1-Minor storm levels, are expected to continue during November 17 and 18 as CH HSS activity persists.