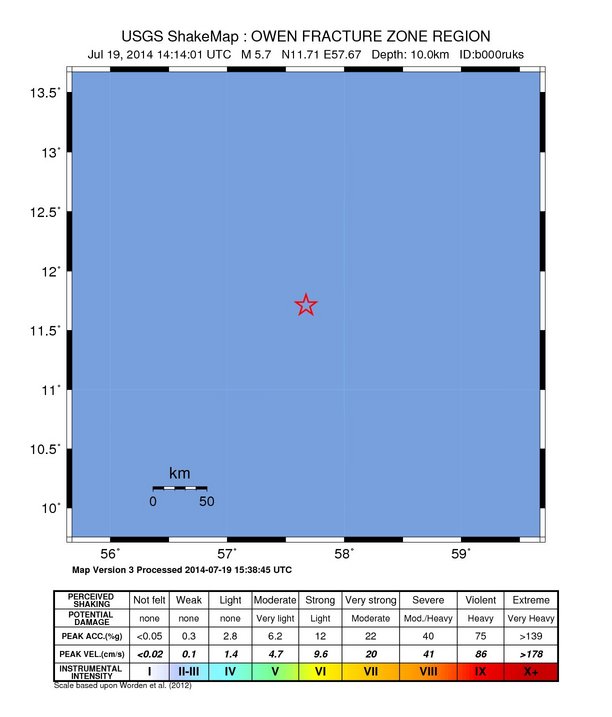 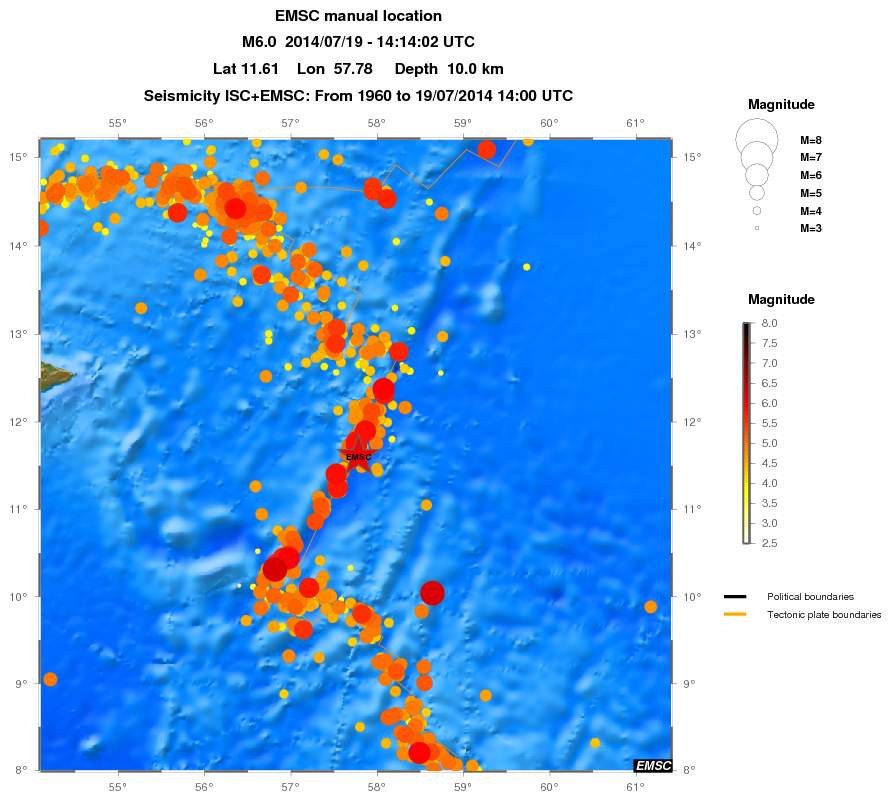 The Owen Fracture Zone is a transform fault which runs along the eastern boundary of the Arabian Plate, separating it from the Indo-Australian Plate for most of its length, and from the African Plate for a much shorter distance.

In some usages, the name Owen Transform Fault is used to denote the short section between the end of the Aden-Sheba ridge and the Carlsberg Ridge.

Additionally, this area has been called the Aden-Owen-Carlsberg Triple Junction, although the Carlsberg Ridge is offset from the point where the Owen Fracture Zone/Fault intersects the Sheba segment of the Aden Ridge. (Wiki)