A destructive tsunami was not generated, the earthquake occurred too deep inside the earth.

There are no people living within 100 km radius.​

ER reader from Dumbea (395 km / 245 miles from the epicenter) described this earthquake as very weak shaking that lasted for 10 sec max. 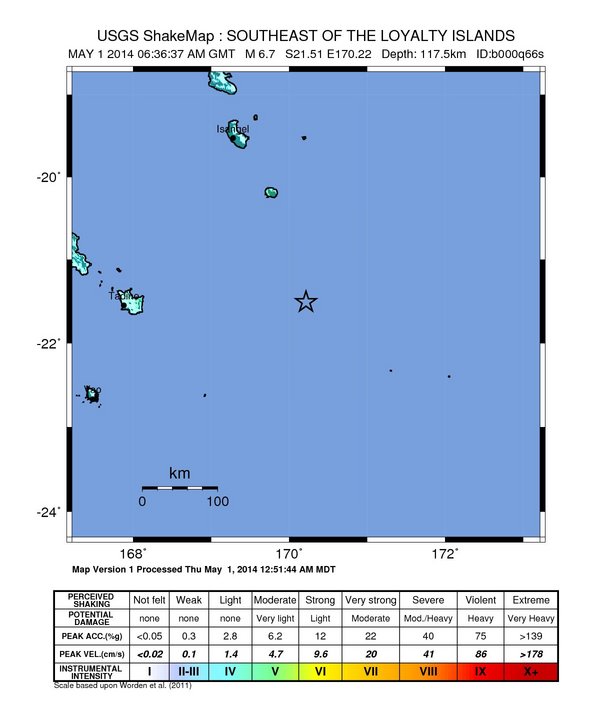