As forecasted yesterday Coronal Mass Ejection (CME) hit Earth's magnetic field around 03:00 UTC today. That's a second CME impact within 24 hours, and another round of auroras. 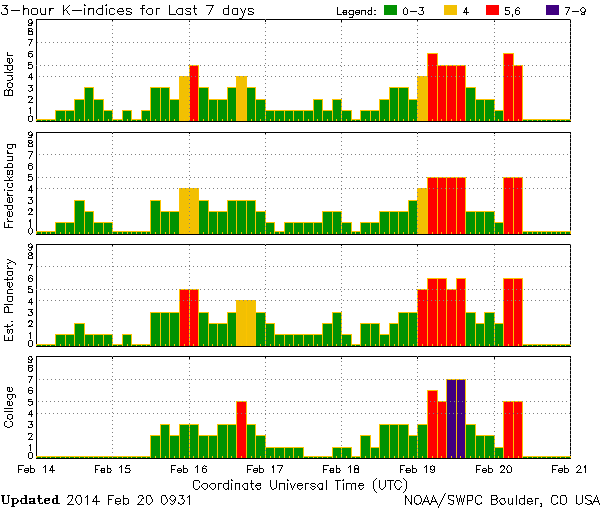 The following image of Aurora Australis was taken by Taichi Nakamura on February 19, 2014 @ Dunedin, New Zealand: "The glows from the auroras were strong last night. The curtains of light were weaving before completely dark and quite high in altitude. Some almost straight above us. Quite exciting as it was the biggest and strongest Southern light I saw so far this year. Shots were attempted with Canon 5D, 6D and x6i with around 3800K 8sec F3 iso 1600." 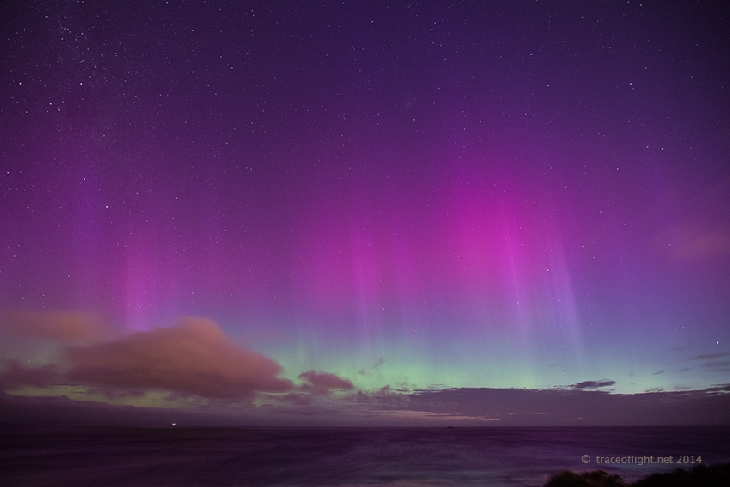 Decaying AR 1976 located on western limb erupted with M-class solar flare peaking at 07:56 UTC as M3.0. Short duration 10cm Radio Burst measuring 280 sfu and a Type II radio emission with estimated velocity of 844 km/s were registered. Type II emissions occur in association with eruptions on the sun and typically indicate a coronal mass ejection is associated with a flare event.

Update: A fast moving CME associated with the M3 flare was first seen in Lasco C2 imagery at 08:00 UTC. An Enlil run will be submitted to determine potential speed and impacts to Earth, but initial indications point to an approximate arrival time at Earth late on February 22.

A 12-degree filament, centered near S34E02, erupted during 19/14:34 – 15:55 UTC; associated with a southward, non-Earth-directed CME. An additional filament was seen departing the northern portion of the solar disk during approximately 20/01:29 – 07:44 UTC. All indications show this CME is directed too far north to have impacts at Earth. (SWPC) 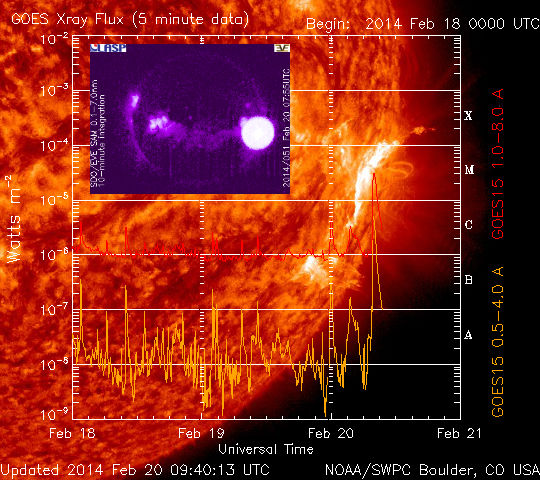 There are currently 6 numbered sunspot regions on the disk. 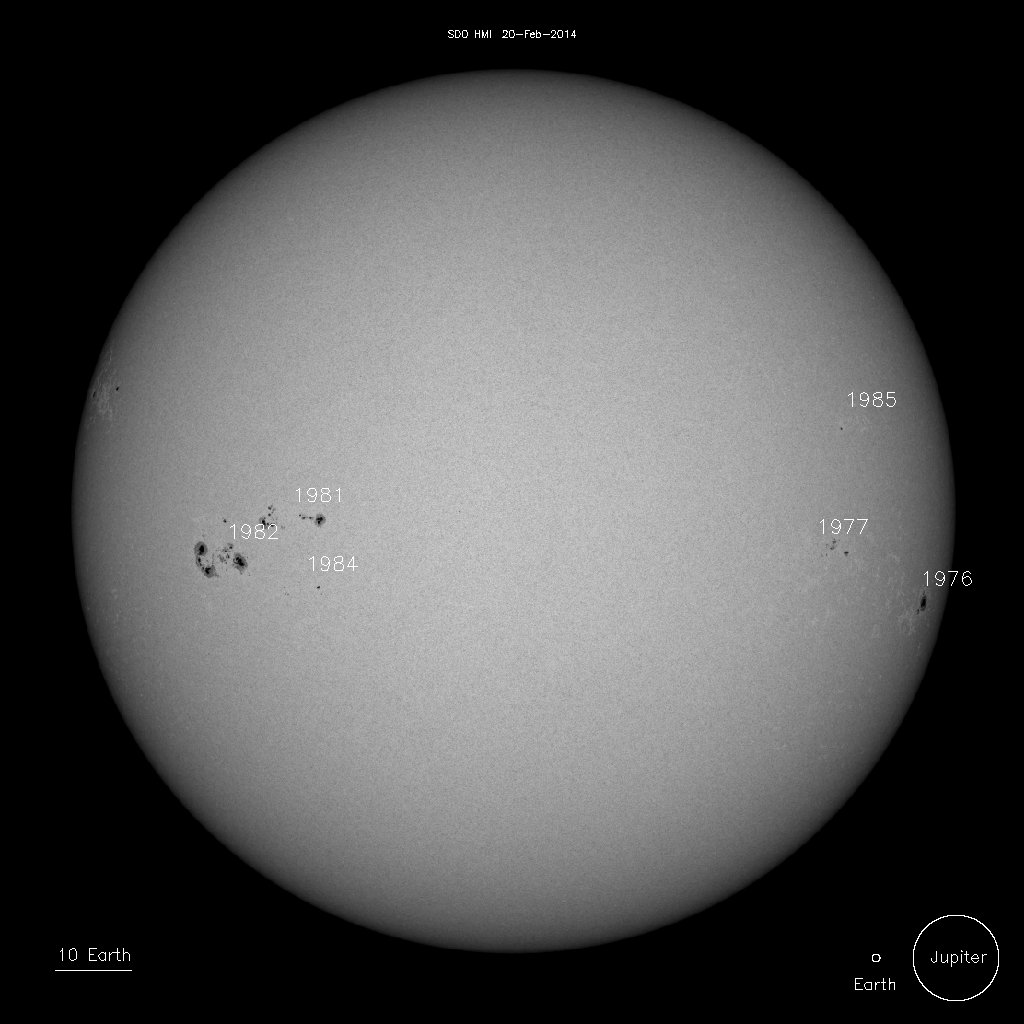 ACE data began the period with enhanced levels due to the earlier arrival of a CME, likely associated with a faint full-halo CME on February 16. Conditions then stabilized for several hours until approximately 20/03:01 UTC when a shock was observed at ACE, sending IMF Bt to 9 nT and Bz to -9 nT. Winds also increased from 461 km/s to 660 km/s with temperature and density seeing increases as well. Since the shock arrival, wind speeds have been observed as high as 734 km/s, IMF Bt has remained between 10 nT and 15 nT, and the Bz component has mostly been negative with occasional periods in the positive sector.

Solar wind conditions are expected to gradually recover from this latest CME during the latter half of February 20. Another CME passage is forecast to begin late on February 20 (from the halo CME observed on Feb 18). Wind speed is expected to be above 500 km/s with this CME passage (based on the latest Enlil model output), along with increased IMF Bt and IMF Bz variability. CME effects are expected to persist during February 21, then possibly see another enhancement during February 22 from yet another CME. This one from the M3/Sn flare that occurred today. Analysis is ongoing to determine exact timing of the arrival of a couple of CMEs observed today and adjustments will be made accordingly.

The geomagnetic field was at quiet to major storm levels (G2-Moderate) due to another CME passage.