Earth is currently under the influence of a Coronal Mass Ejection (CME) and G2 (Moderate) geomagnetic storming has been observed. According to SWPC, this is likely the result of what was expected to be a near miss from an event originally observed on February 14th.

This CME has a fairly well-organized magnetic field structure so continued G1 (Minor) to G2 (Moderate) storming is certainly possible.

High-latitude sky-watchers should be alert for auroras. 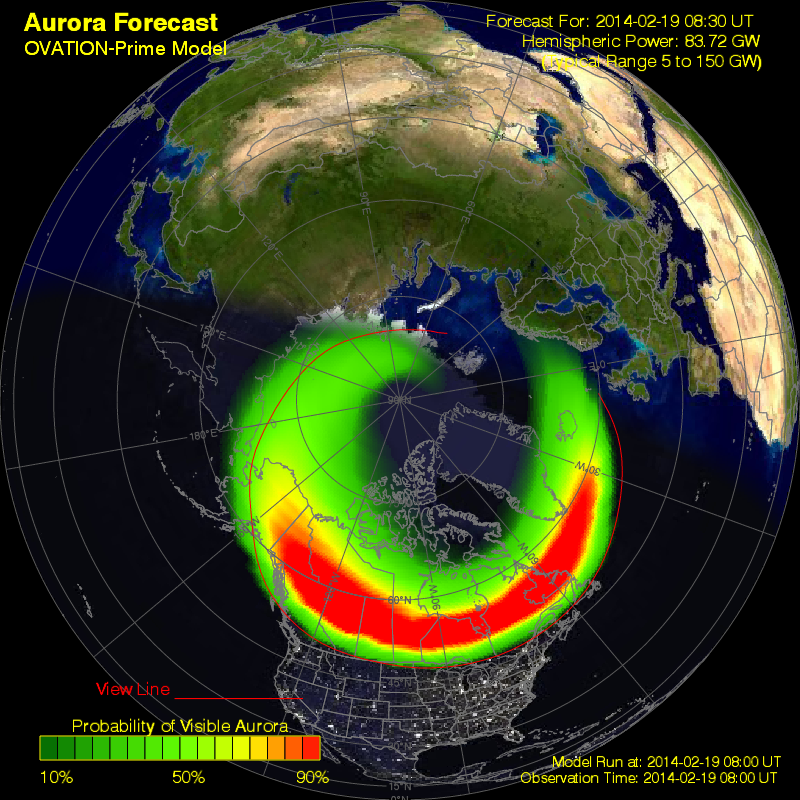 Solar activity was low. Region 1982 (S11E50, Dki/beta-gamma) continued as the most active region, producing four C-class flares and frequent optical subflares. It produced the largest event of the period, a C3/1f flare at 19/0201 UTC. This region displayed signs of growth in the leader and intermediate spots and continued to exhibit minor mixed polarities in the intermediate portion. Region 1976 (S15W62, Cso/beta) was the only other region to produce any notable flare activity. It was responsible for two low-level C-class flares, as well as a few optical subflares. Region 1981 (S07E40, Dso/beta) displayed signs of weak development in its leader spots while also showing signs of separation between the leader and trailer portions. Region 1977 (S10W36, Cai/beta) continued its gradual spot decay in its leader and intermediate portions, along with magnetic simplification. The other two spot regions were either stable or in slight decay.

Two coronal mass ejections (CMEs) were observed in Lasco C2 imagery during the period. The first, identified in Lasco C2 imagery at 18/2348 UTC, appeared to be associated with a filament that lifted off the solar disk during the 18/2124 – 2339 UTC timeframe. Most of the ejecta appeared to have a northeasterly trajectory and should not impact the Earth. The second, observed at 19/0448 UTC in Lasco C2 imagery, produced an asymmetric, faint full halo CME, but is thought to have originated from a region on the non-Earth side of the sun. As this event is thought to be back-sided, no impact to Earth is expected.

The geomagnetic field began the period at quiet levels. Unsettled to active levels were then observed until the onset of a sudden impulse at 19/0309 UTC, driving activity up to Major storm levels (NOAA Scale G2-Moderate), eventually decreasing to Minor storm levels (NOAA scale G1 – Minor) to finish the period.

The geomagnetic field is expected to be at Minor Storm levels (NOAA Scale G1-Minor) to begin the period on Feb 19. Activity could remain at these levels if a second transient, as indicated in EPAM data, impacts the Earth's magnetosphere as it passes. Conditions should return to unsettled levels by the beginning of day two (Feb 20) as CME effects subside. Expect an increase to active levels on day three (Feb 21), with a chance for minor storm levels, due to an expected Feb 18 CME passage. 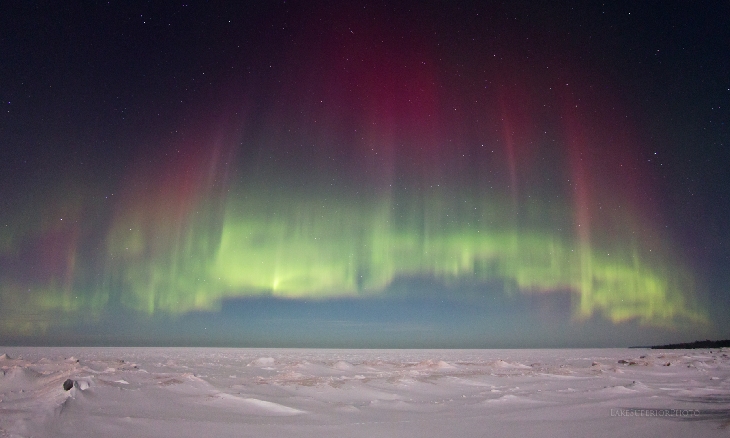 Taken by Shawn Malone on February 19, 2014 @ watched some beautiful auroras this morning, very active arc with occasional pillars and colors! I observed this display for over an hour from 3-4am 5dm3 14mm fisheye 2.8/2sec. Image via SpaceWeather's – RealTime Aurora Gallery 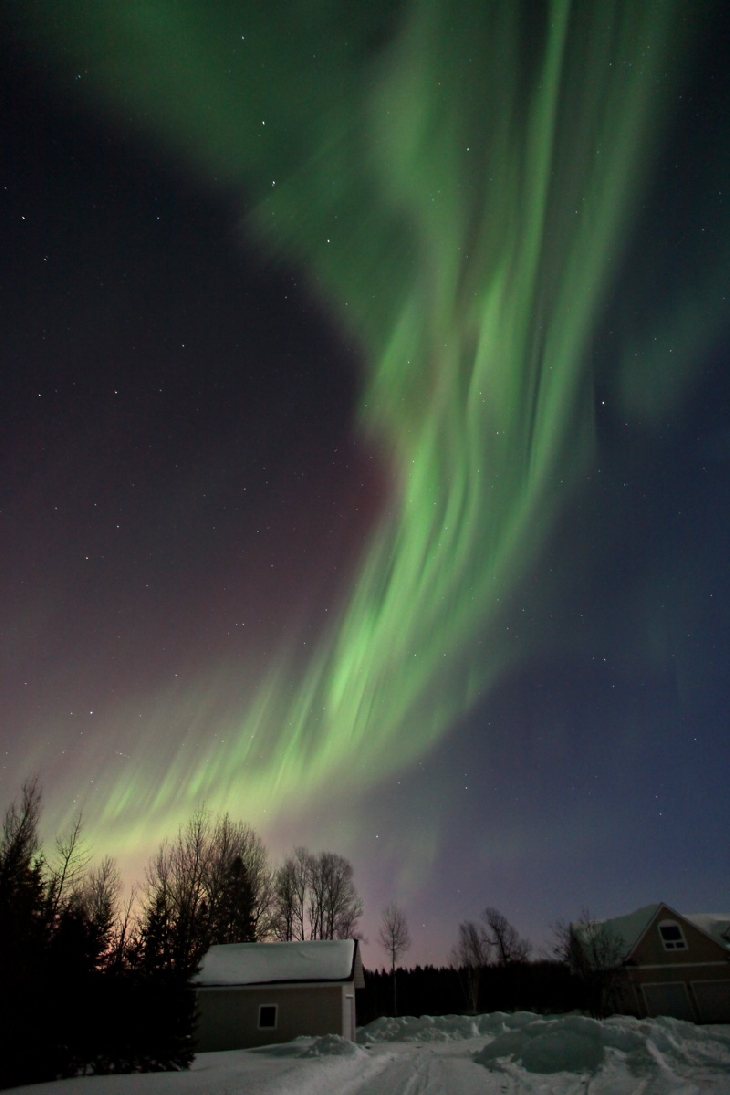