Solar activity has been at moderate levels for the most of the day. There are 8 active sunspot regions on the Earth side of the Sun and the activity will remain elevated in the days ahead with a chance of isolated X-class events. The largest solar event today was a M1.7 solar flare observed at 02:33 UTC from Region 1944 (S08E64).

The geomagnetic field has been at quiet to minor storm levels. Solar wind speed, as measured by the ACE spacecraft, reached a peak speed of 666 km/s at 20:59 UTC.

Region 1936 showed signs of decay in its intermediate and follower spot groups. Flaring Region 1944 continued to rotate onto the visible disk and was the largest sunspot group with an areal coverage of 630 millionths today. Region 1940 (S12W66, Dao/beta) did not produce any significant flaring but did display growth in its leader spots. The remaining sunspot groups showed indications of decay or stability. 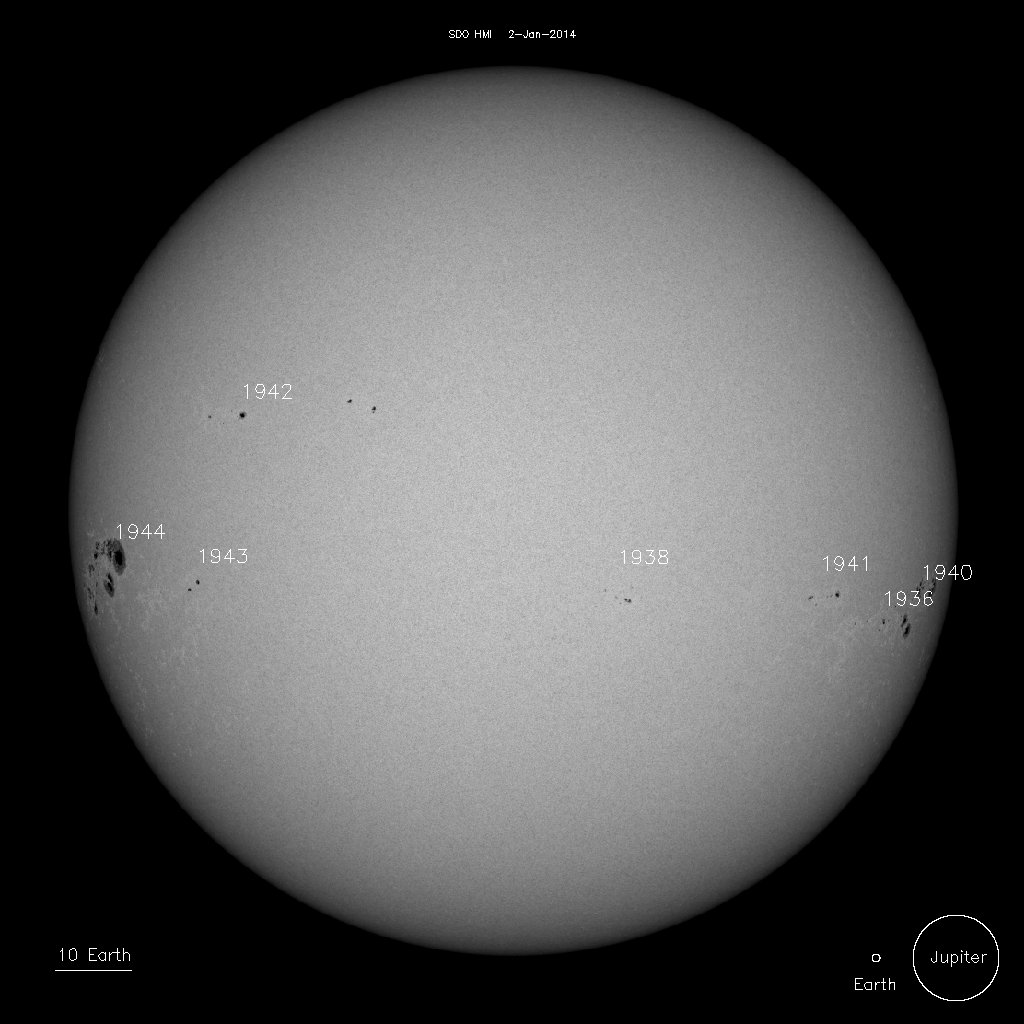 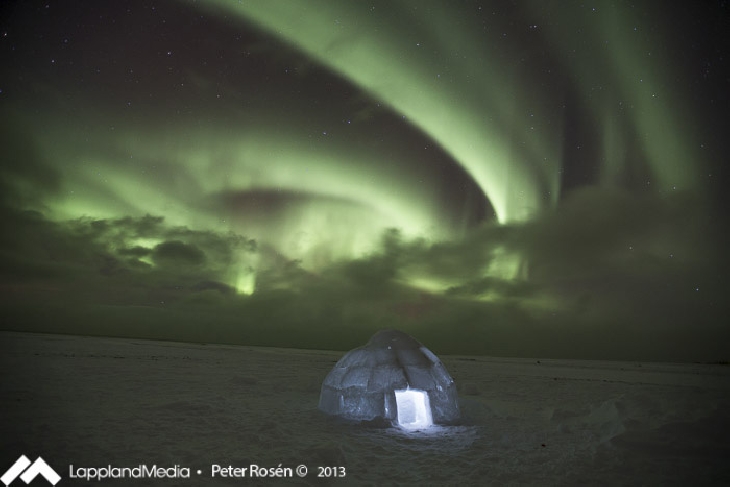 This is what he wrote: "The first night at our new ice igloo camp in Abisko NP! And what a night! And what a start of the New Year! Me, my 2 new photo guides Ylva and Anette and 11 photo guests from all over the world got to see the most incredible Aurora tonight. I’m so happy. And when Ylva Sarri started to sing a traditional Sámi jojk about the wind, while we were sitting next to the fire I think more than me got an almost religious feeling. The Aurora started already at 5 pm and is still dancing above my cabin when I write this to Spaceweather. Hope this is a good sign for the rest of 2014."