Official reports today mention nearly 250 000 people have been forced to leave their homes due to flooding in the north-eastern Indian state of Assam. About 400 villages have been hit by floods since Friday, July 5, 2013 after the Jiadhol and Kumatia rivers, fed by monsoon rains, started creating havoc.

On Saturday (July 6, 2013) – Dhemaji, Golaghat, Jorhat, Kamrup, Karimganj, Lakhimpur, Morigaon, Nagaon, Sivasagar, Tinsukia and Chirang districts have all been affected by the flood. Dhemaji district,  located at the easternmost part of the state on northern bank of Brahmaputra, is the worst-hit district every year.

More than 35 villages in Dhemaji have been completely submerged. Many roads and bridges have been washed away, affecting road links between the district and the rest of the state.

This is second wave of flood to hit India this year.

Last year, due to significant monsoon rains in India, 124 people died and over five million were displaced.

During the monsoon season (June–October), floods are a common occurrence in India. Occasionally, massive flooding causes huge losses to crops, life and property.

Deforestation in the Brahmaputra watershed has resulted in increased siltation levels, flash floods, and soil erosion in critical downstream habitat, such as the Kaziranga National Park in middle Assam. 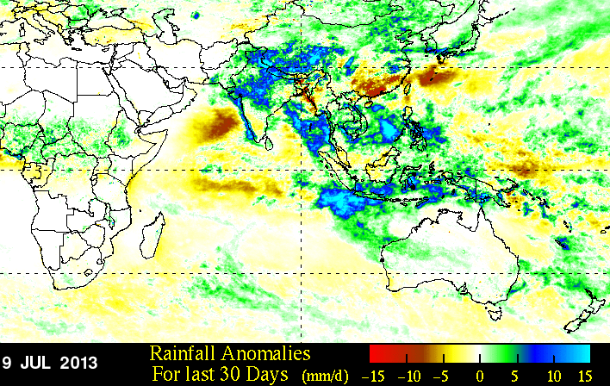