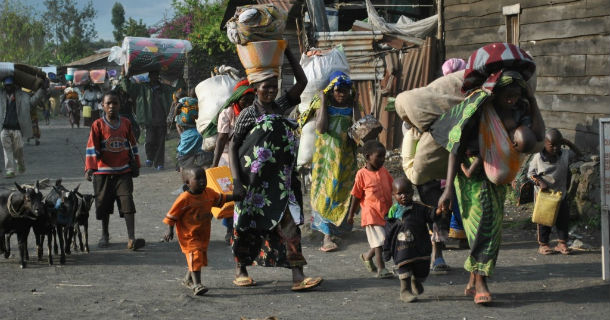 32,4 million people were forced to flee their homes last year due to natural disasters such as floods, storms and earthquakes, according to a report released by Internal Displacement Monitoring Centre on May 13, 2013. According to the report, 98% of those uprooted were displaced by climate- and weather-related events. Climate change is believed to play an increasingly significant role in global disasters. 2012 Special Report from the Intergovernmental Panel on Climate Change stated that, "disasters associated with climate extremes influence population mobility and relocation, affecting host and origin communities." 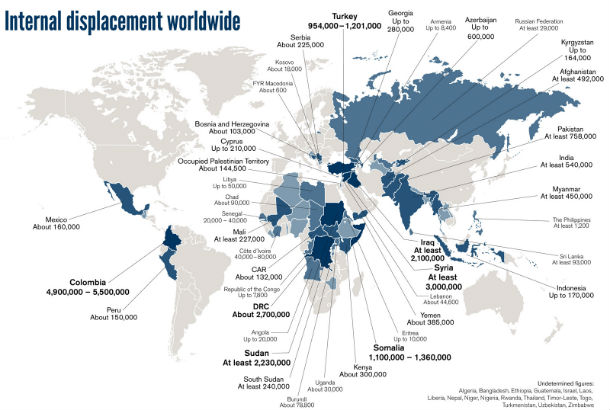 This map shows internal displacement worldwide in 2012 by state and number of displaced people. CLICK ON IMAGE FOR LARGER VIEW (Credit: NRC/IDMC)

Floods in India and Nigeria were responsible for 41 % of displacement worldwide last year. Monsoon floods in India uprooted about 6.9 million people, while in Nigeria some 6.1 million were newly displaced. While Asia and Africa were hardest affected, some 1.3 million people were displaced in wealthy nations, especially the United States. Last year, the U.S. was among the 10 countries that experienced the most new displacement. Following Hurricane Sandy, most of those displaced were able to find refuge in adequate temporary shelter while displaced from their own homes.

The largest regional increase in the number of internally displaced people in 2012 was in the Middle East and North Africa, where 2.5 million people were forced to flee their homes. There were almost 6 million affected in the region at the end of 2012, a rise of 40 % on the 2011. Asia showed the second highest increase in new displacement after the Middle East and North Africa, with 1.4 million people forced to flee their homes during 2012. 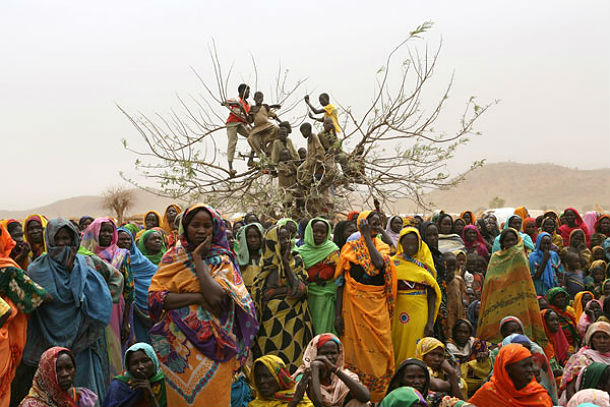 The region with the largest total number of displaced people was sub-Saharan Africa, which was hosting 10.4 million, an increase of 7.5 % compared with the year before, thus reversing the downward trend recorded since 2004. The Americas region hosted the second largest number with a total of 5.8 million, an increase of 3 %. Colombia remains the country with the highest number of displaced people in the world, with a total of between 4.9 and 5.5 million, according to the IDMC. The country's internal armed conflict forced an estimated 230,000 people to flee their homes during the year. 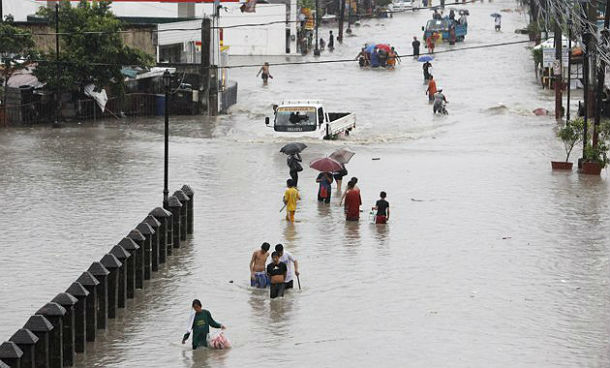 Heavy rainfall and flooding affected 2,442,135 persons in 31 cities and 16 provinces from Ilocos in the north down to Western Visayas in the central Philippines in August 2012 (Credit: DisasterReport)

Besides climate change driven disasters, conflict and violence are responsible for large numbers of displaced people.  The conflicts in Syria and the Democratic Republic of the Congo (DRC) were responsible for around half of the new displacements, with 2.4 million and one million respectively, while an estimated 500,000 people fled their homes in both Sudan and India.

Featured image: Fighting in North and South Kivu provinces in the Democratic Republic of the Congo has led to massive displacement, forcing tens of thousands of people to flee their homes. In the first quarter of 2012, South Kivu saw a 35% increase in the number of internally displaced people to more than 856,000. (Credit UNHCR/G. RAMAZANI)