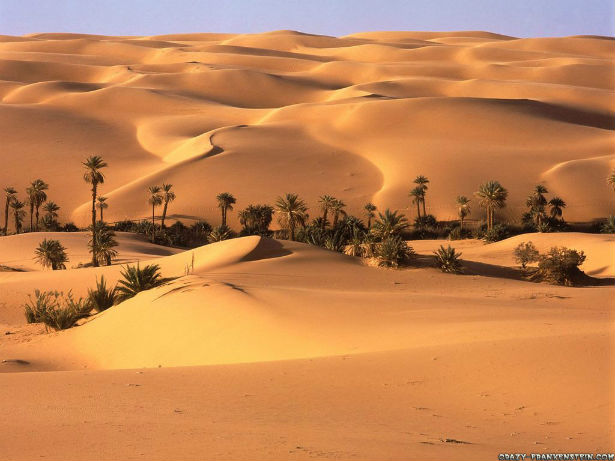 Take a look at a physical map of the world. Thirty degrees on either side of the equator, you will see, distributed with suspicious regularity, a brown band of drylands circling the planet, a sere belt warding off greener climes: the deserts of the world. They are positioned in the so-called Horse Latitudes, where constant high-pressure systems drive away the rain clouds, and swirl above the earth because of global temperature variations and the Coriolis Effect produced by the earth’s rotation in space. These areas within the Horse Latitudes are under the influence of two bands of high atmospheric pressure called the subtropical high pressure belt or subtropical ridge which is formed by the sinking air of the Hadley cell.

The heating of the tropics produces a huge amount of rising warm, moist air that creates the Intertropical Convergence Zone, a band of thick cloud. This warm, moist air moves towards the poles at high altitudes and then cools and sinks in the mid-latitudes in both hemispheres, creating the Hadley Cell. The Hadley Cell is possibly the most fundamental factor in the global climate system, redistributing the heat and moisture from the tropics to the higher latitudes. Many of the world’s deserts are caused by these climatological phenomena. 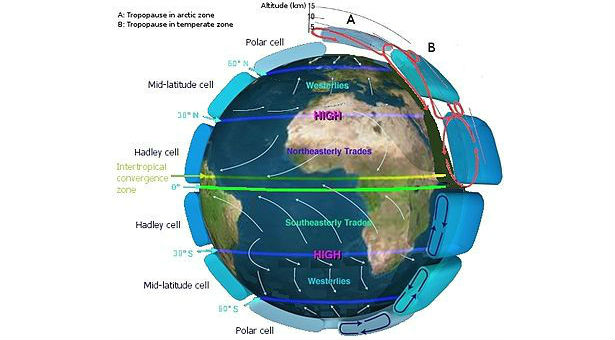 Most deserts are hot. Within the latitudes of the Tropics of Cancer and Capricorn, the sun is directly overhead at noon on at least one day of the year. To the north or south of them, the sun never appears directly overhead, and is not as concentrated as the beam that reaches the tropical areas.

Deserts are not scattered randomly over the earth; the pattern of their occurrence is a result of the factors that produced them. The biggest world deserts appear in these two discontinuous belts ringing the globe. Because more land surface is in the Northern Hemisphere in the latitudes described, more deserts can be found in the Northern than the Southern Hemisphere. 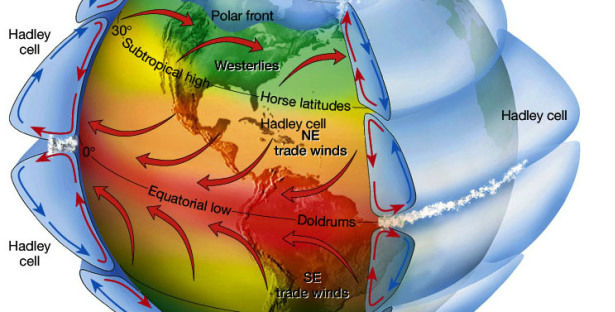 Not all of our planets deserts are hot. Some of these drylands, like the Atacama of Chile, the Namib and Kalahari of southern Africa, and the western Australian desert, are shaped by cold oceanic currents that divert rain-laden air away from coastlines. Others, like the Great Basin of western United States, and the deserts of central and eastern Australia are the result of the “rainshadow effect”, through which coastal mountains take away the rain from the air before it passes inland.

There are deserts like the Gobi and Takla Makan deserts of Mongolia and China, which are simply so far away from the ocean that the winds lose any moisture they may hold long before reaching the far off continental interior, even what little water remains in the Indian-born clouds after they have scraped over the high Himalayas.