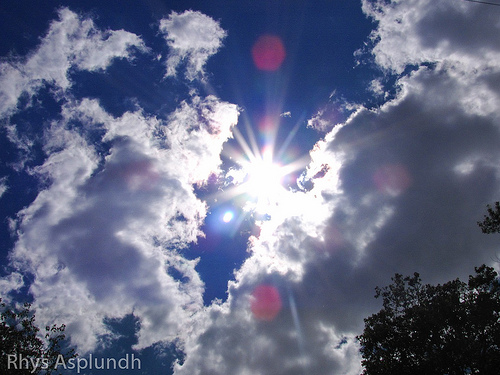 In order to understand the very basis of money, it is best to contemplate how it developed in the first place. Once society developed past the clan stage, when barter, trade and so forth arose, it became the practice to place value on the products of Human energy expended. If One used One’s energy to build a bow, go out hunting, kill an animal, process the carcass, and transport the meat back to be traded or bartered for, this gave that meat value. The bow components were free, as was the animal. The same was true for the farmer, who expended meaningful energy in tilling, sowing, tending, harvesting, and, if need be, transporting what that farmer produced. The produce had value. Even the gatherer expended meaningful energy in seeking things to gather and transporting the find back to be used as “money” for other things. The miner expended the meaningful energy to find the (free) ore, hew it out of the earth, and transport it.

From these beginnings, the practice of using coin and other objects arose to represent this meaningful energy expended when transporting large amounts of goods, as well as needing something anOther had but not having the specific thing the Other wanted, became problematic. And from this, Humans went on to bills, when coins and jewels and other objects became too cumbersome. And lately, We have added electronic funds, as even bills are cumbersome in million unit, billion unit and trillion unit transactions.

But the foundation of all these monetary units is the meaningful energy expended, whether Human or external (oil, coal, nuclear, etc.) energy.

Given this, it becomes clear that an addition of abundant energy – in the form of overunity (“free energy”) and robotics (to replace Human energy in necessary work no One wants to do), the need for money in any form – barter, trade, work exchange, coin, bills, electronic funds… – becomes unnecessary.

If one removes the cost of the energy – Human and external – all down the line, what is left is freely given by this planet We inhabit.

Now, of course, many would say, “But there IS no “overunity” to be had!” And in that, They would be incorrect. There have been many solutions to energy production and distribution which have been avidly suppressed and hidden by the power elite. They are fully aware that, by adding energy which is free, Their power over others, in the form of money, will dissipate, leaving Each to control Self but no Others. Though there are examples of things such as cars that run on water, extracting energy from the planet’s magnetic field, and so on that have had patents bought and buried, or threats to lives (of the inventors Themselves as well as Their families), to actual murders, I know of one such technology that not only offers overunity but also gravity control. And, unlike most of these other examples, is negentropic (negative entropy) in its function. Cooling is seen in this technology, as opposed to heating.

Back in the 1950’s, electrogravitics, with the Biefeld-Brown Effect as its foundation, was being pursued at all the major aerospace companies: Lockheed, Boeing, Convair, Lear and many others were excitedly exploring what electrogravitics has to offer. Sometime, around 1959 or early 1960, this work became highly classified, and though ostensibly for its “weaponization” concerns, the true reason it became highly classified was because of its overunity capabilities. The power elite grasped that THAT was the biggest threat to Their continued control.

As a source of energy, electrogravitics is ideal. From it, We can have energy that is free of pollution, is easily constructed, and does not contribute to the entropy of the universe. Because it is so ideal, and because the power elite seem bent on Naziesque control of the planet – with “Patriot” Acts, NDAA’s, TSA’s, and other fascist enactments – it is vital that the awareness of such technology spread to the tipping point. If We can achieve that, Humanity will demand this tech and free itself from:

■ Poverty
■ Hunger
■ Slavery (outright or wage slavery)
■ War (most wars are incited to ensure profit for the war suppliers and “infrastructure rebuilders”)
■ The control of the many by the few
■ The LOVE of money (the root of all evil)
■ The need to pay for education (going deeply into debt or forgoing education)
■ Products made to fail so as to ensure future sales
■ Hidden cures (cures are not a money-maker in the long run; sick People keep paying)
■ Spam
■ Aggressive advertising
■ Focus on the material
■ Politics for Self- or special-interest
■ GMO for control of food
■ Water control
■ Hydrofracking, rain forest clearing, oil drilling, coal mining
■ Corporations
■ Corporate “farmers” paid to NOT produce food (so as to keep the prices inflated through supply and demand)
■ Doctors who are more interested in money than patients
■ Bankers
■ Insurance
■ Interweb takeover
■ “Voting” machines with proprietary software (why would a simple vote-counting program need to be proprietry??? Why do We accept such things???)
■ Waste (presently supermarkets alone throw out hundreds of thousands of tons of food a month, distributing by profit and not need, other waste such as packaging can virtually be eliminated, products will not be made to break so as to ensure future sales)

There’s more, but as One can see, just this list is an elimination of most of the problems We presently are beset with.

To the end of achieving the tipping point of awareness, I am offering a petition to the US Military (which presently controls the science of electrogravitics) to release this information. I offer it here in the hopes You sign, and not only that, spread the awareness of what I have presented and of the petition itself. More info on how I know about electrogravitics and its capabilities is at the petitiion site:

I thank You for reading and for considering My petition.