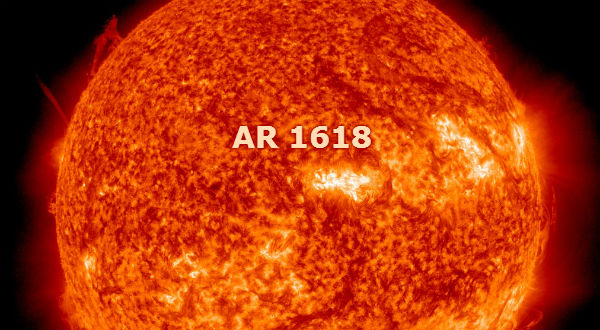 Active Region 1618 keeps evolving and it has now Beta-Gamma-Delta magnetic configuration  that harbors energy for M- and X-class eruptions. It produced an M3.5 flare with peak at 15:30 UTC on November 21, related to a halo CME first seen at 16:12 UTC by SOHO’s LASCO C2 coronograph with a speed of 560 km/s (calculated with LASCO/C2 data, not enough STEREO/COR2 data is available for calculating speeds), SIDC reported. Encounter with the Earth can be expected by November 24 with corresponding elevated geomagnetic conditions. 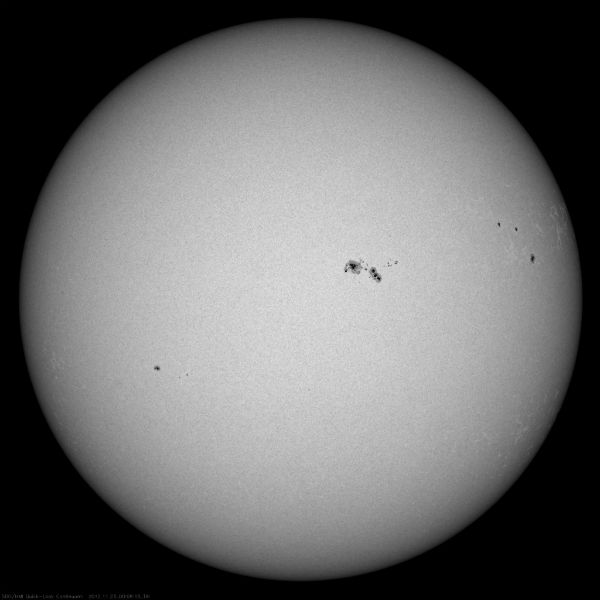 Sunspot 1618 seen on HMI Intensitygram (Courtesy of NASA/SDO and the AIA, EVE, and HMI science teams)

NOAA/SWPC reports that although this region retains weak beta-gamma-delta magnetic characteristics, it has experienced intermediate penumbral decay. Sunspot 1618 is about 10 times wider than Earth. 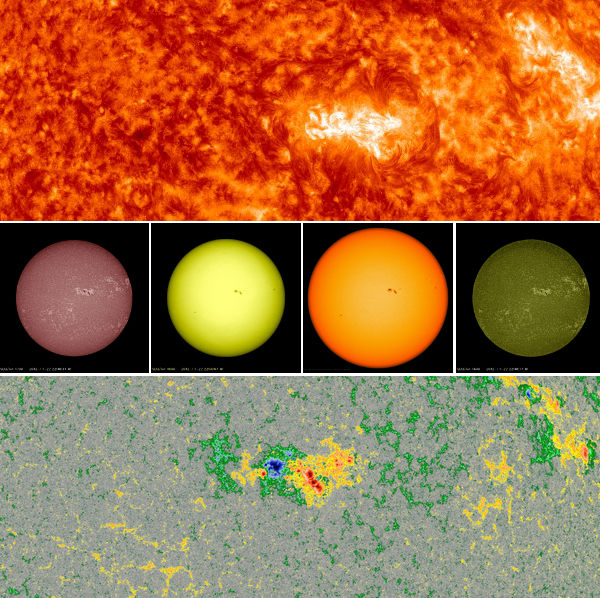 Sunspot 1618 seen by SDO’s instruments (Courtesy of NASA/SDO and the AIA, EVE, and HMI science teams)

Sunspot 1618 is in decay, however, it is located around the center of the solar disk so any CME will likely be geoeffective. This active region will likely produce more M- and probably X- class flares. While NOAA/SWPC forecasters estimated 10% chances for another M-class and only 1% for X-class events in the next 24 hours, University of Bradford space weather research team estimated high chances for new activity around sunspot 1618. They forecast 34% probability of strong solar flares or 62% for M-class and 57 % for X-class solar flares.

Watch the solar activity in real-time through Space Weather Station