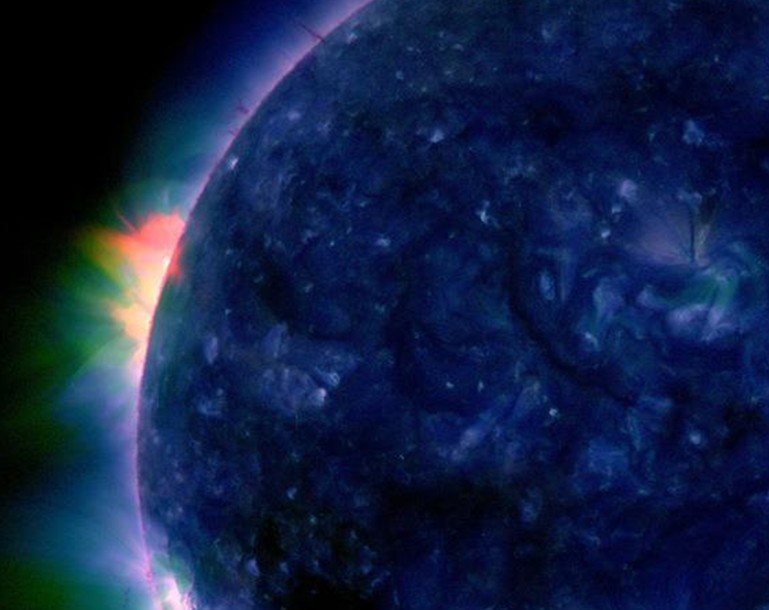 An M-class solar flare erupted on October 8, 2012 at 11:17 UTC. The event started at 11:05, peaked at 11:17 and ended at 11:23 UTC. The source of this flare is probably a new region on Sun’s northeastern limb rotating into Earth’s view. Coronal Mass Ejection (CME) was observed but it is directed to the east and away from Earth. There is 5% chance for another M-class event and 1% chance for an X-class. We’ll most likely see more Earth directed activity in the coming days. 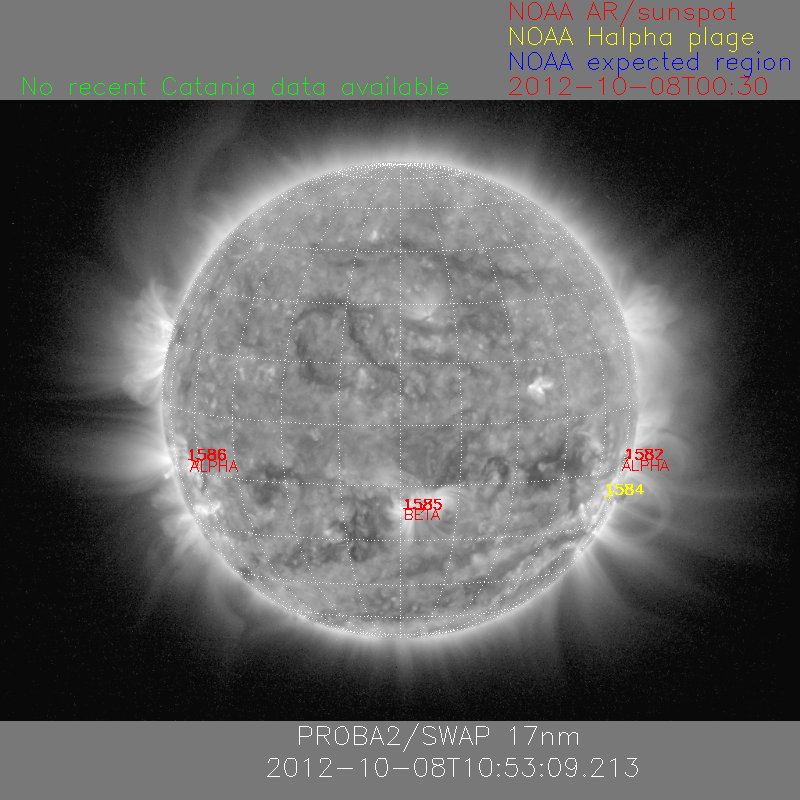 Meanwhile, there is Geomagnetic storming here on Earth caused by incoming CME from October 5 eruption. Solar wind conditions in the wake of the CME are favorable for polar geomagnetic activity. High-latitude sky watchers should be alert for auroras, especially during the hours around local midnight.

Radio – HF (high frequency) radio propagation can fade at higher latitudes. Aurora – Aurora may be seen as low as New York to Wisconsin to Washington state. 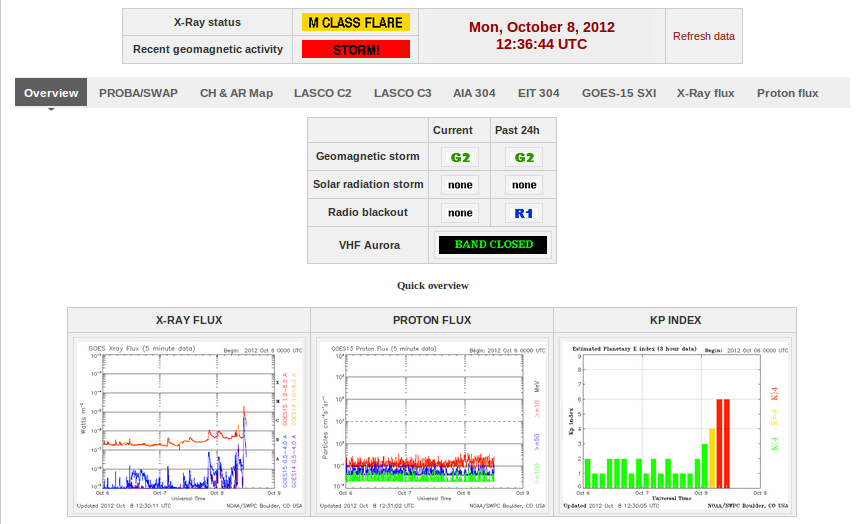 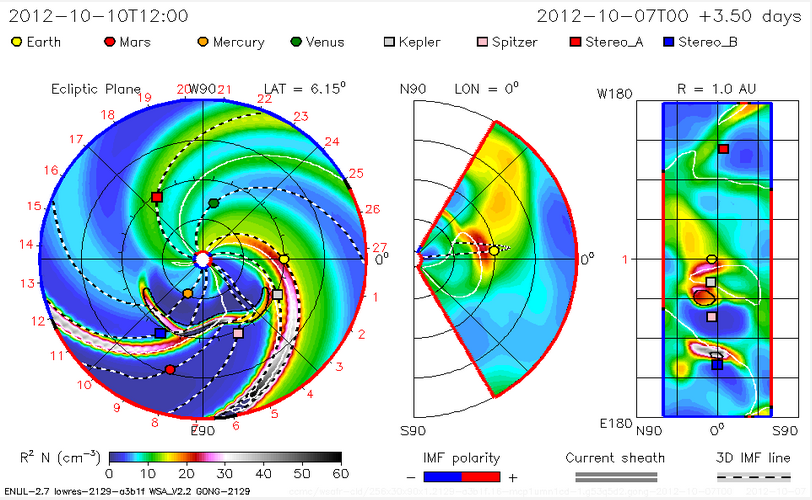 An approaching and flare producing region is rotating into view off the Sun’s northeastern limb.