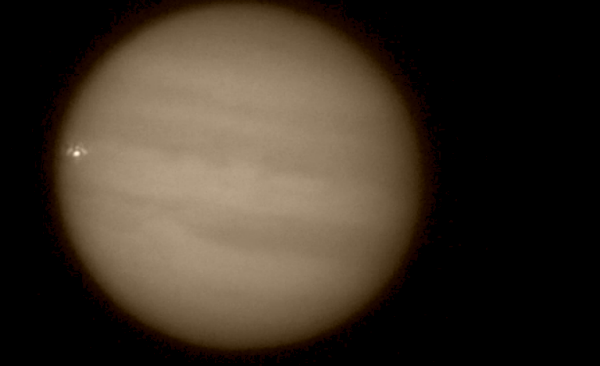 All eyes are focused on Jupiter now. An asteroid or comet impacted Jupiter 36hrs ago, causing a flash of light.

Caught on webcam by amateur astronomer George Hall in Dallas, Texas, the impact on Jupiter that occurred yesterday is currently the only video footage of the event. The impact can be clearly seen in the 4-second video as a bright flash along the giant planet’s left side. The video was captured with a 12" LX200GPS, 3x Televue Barlow, and Point Grey Flea 3 camera. 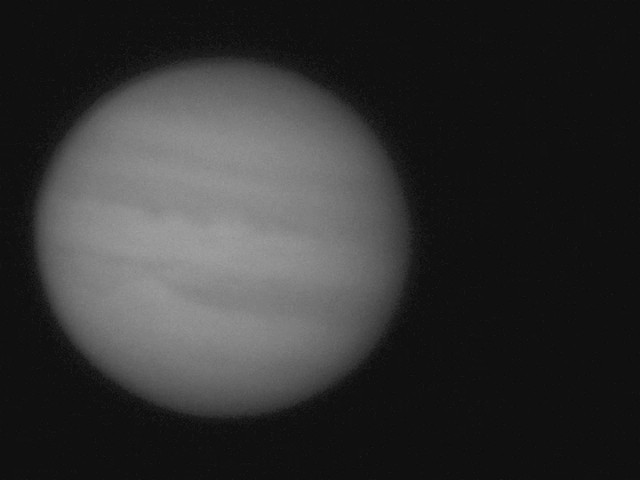 On September 10, Dan Petersen of Racine, Wisconsin, reported on Cloudy Nights forum the visual detection of a flash on Jupiter at 11:35 UTC. Petersen observed a bright white two-second long explosion just inside Jupiter's eastern limb, located at about Longitude 1 = 335, and Latitude = + 12 degrees north, inside the southern edge of the NEB. The report was sent to Richard Schmude of the Association of Lunar and Planetary Observers (ALPO) and forwarded to us by John H. Rogers, Jupiter Section Director at the British Astronomical Association. 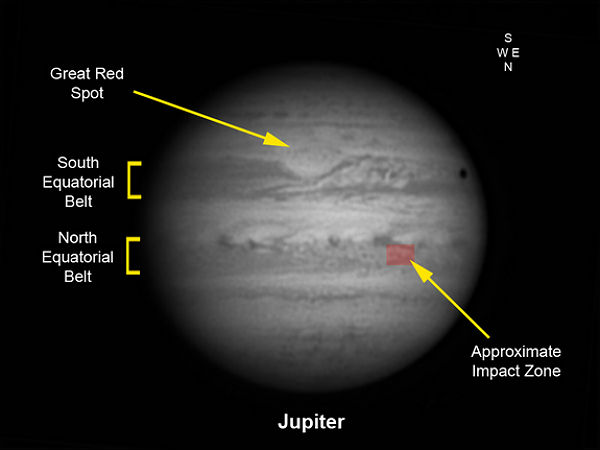 This is the 6th impact of Jupiter detected so far. Cosmic collisions on planets cause detectable optical flashes that range from terrestrial shooting stars to bright fireballs. A  fireball was recorded by Voyager 1 as it flew past in 1979. In 1994, we saw the powerful impact of Comet Shoemaker-Levy 9. Before Shoemaker-Levy 9, amateur video astronomy did not exist in its current form, so any visual report of a momentary flash could not be confirmed by video as it currently is. 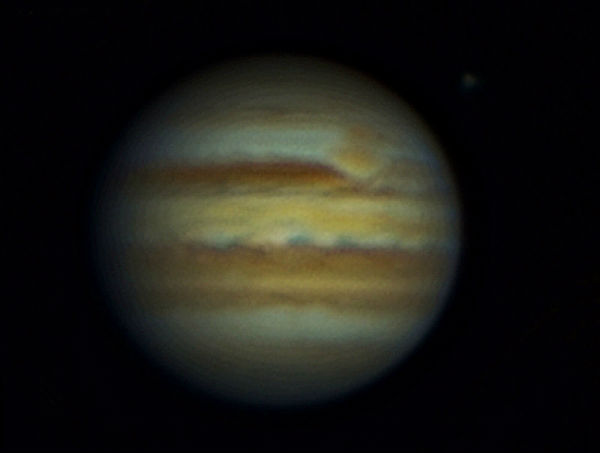 These kinds of events are a way to assess the rate of large meteoroid impacts on the planets and understand the role of Jupiter in shielding the inner part of the solar system. The role of planet Jupiter as a shield protecting Earth from getting hit by such objects is still controversial, and it has been discussed in-depth in a series of articles by Jonathan Horner and Barrie Jones (Jupiter – friend or foe?).

"It has long been assumed that the giant planet Jupiter acts as a shield, significantly lowering the impact rate on the Earth from both cometary and asteroidal bodies. Such shielding, it is claimed, enabled the development and evolution of life in a collisional environment which is not overly hostile. The reduced frequency of impacts, and of related mass extinctions, would have allowed life the time to thrive, where it would otherwise have been suppressed. However, in the past, little work has been carried out to examine the validity of this idea. Our results show that the situation is far less clear-cut that has previously been assumed – for example, the presence of a giant planet can act to enhance the impact rate of asteroids on the Earth significantly." 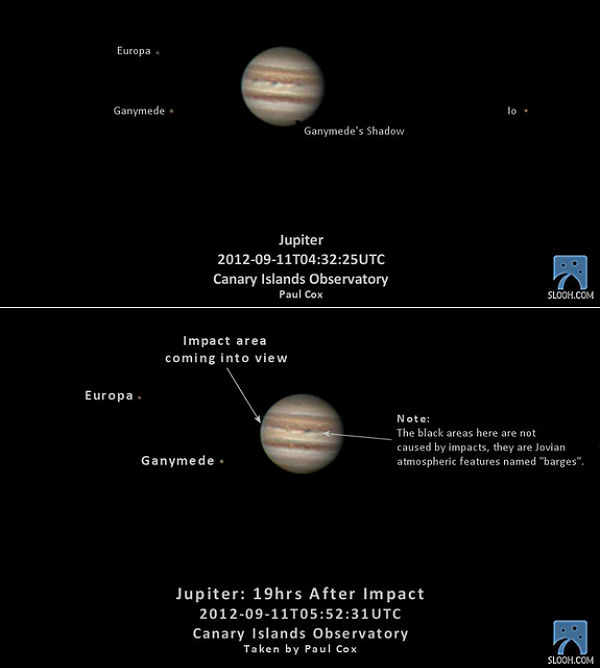 When and where to watch Jupiter's impact site?

There will be lots of eyes and telescopes pointed at the planet in the coming days and weeks. For all those without telescopes and skywatching equipment, SLOOH Space Camera site will broadcast a live viewing of Jupiter to search for any remaining evidence of an impact. Live Jupiter viewing session tonight on September 12, will begin at 02:00 UTC (10 p.m. EDT /7 p.m. PDT) and last about 30 minutes.

Don't be confused, the black features just below the North Equatorial Belt are called "barges" – they are often mistaken for impact plumes.

Jupiter's midsection spins every 9 hours 50.5 minutes, slightly faster than the rotation rates of regions well away from the equator (System II) or the planet's interior (System III). This would have put the impact's location roughly centered on the disk on September 10th at 23:00 UTC, according to Sky & Telescope. On September 11th the site was visible around 09:02 UTC visible from North America and again at 18:52 UTC visible from eastern Europe and western Asia.

Below is a short list of times (UTC) times of the site's central-meridian crossings, when the “impact zone” will be face on and most easily viewed in a telescope. 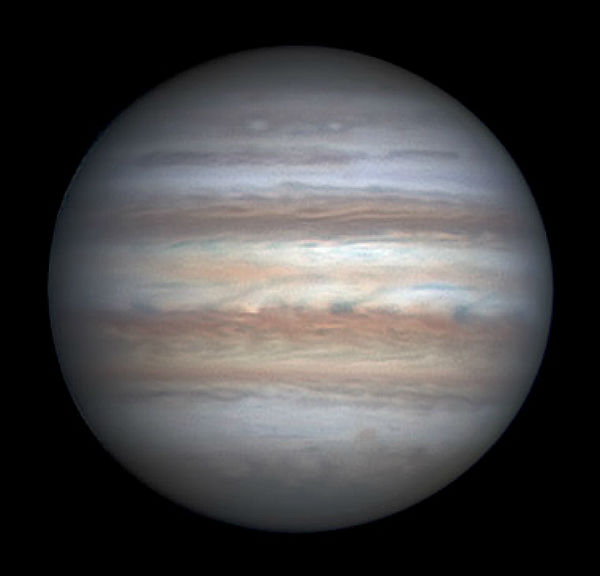 Jupiter is currently magnitude –2.4, in Taurus and it rises in the east-northeast around 11 or midnight daylight saving time. Once it's well clear of the horizon, look for fainter orange Aldebaran twinkling 7° to its right, and Beta Tauri a bit farther to Jupiter's left. By the dawn, this line of three stand very high in the south.