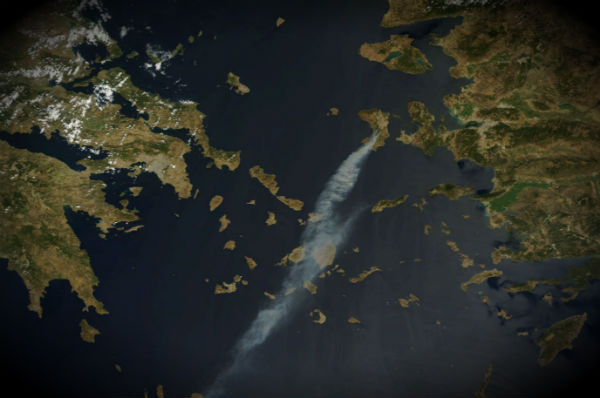 Greek firefighters are battling a large forest fire sweeping across the eastern Aegean island of Chios. A plume of smoke from the blaze blow southwest, reaching as far south as the island of Crete (Kriti).

The fire began about a week ago and has been fuelled by strong winds. Fire had scorched about 13,000 hectares (32,123 acres), half of Chios had burned. After just two days the blaze had destroyed about 7,000 hectares (16,000 acres) of forest and farmland.

Chios is the fifth largest of the Greek islands, situated in the Aegean Sea, 7 kilometres (4.3 mi) off the Anatolia coast. The island is separated from Turkey by the Chios Strait. The island has a port for merchant shipping. The island produces a unique mastic gum. The fire destroyed more than half of the island’s mastic orchards. Mastic is an aromatic resin used in food and cosmetic products. 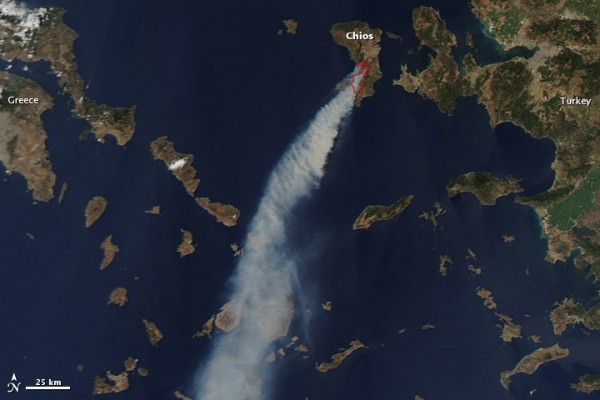 Residents of nine villages and hamlets were evacuated from their homes over the weekend as the fire approached. Associated Press reported that Chios beekeepers had lost an estimated 60 percent of their hives.

Greece typically sees little rain between April and September and experiences some of its highest temperatures in late July and early August. Wildfires are fairly common in the hot, dry days of August. 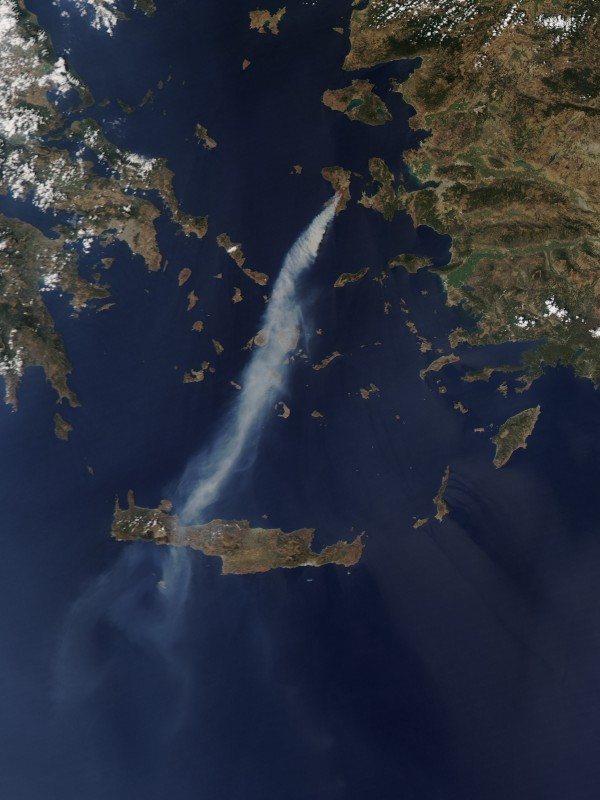