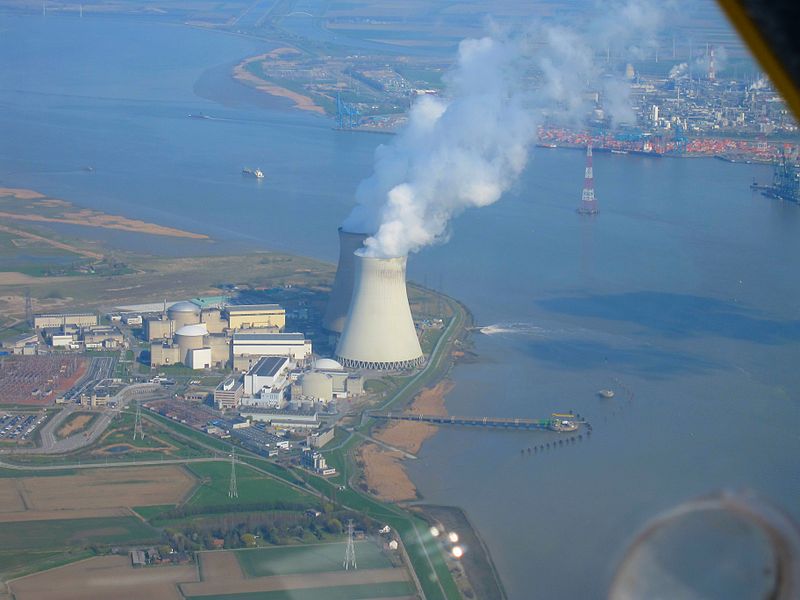 Doel 3 nuclear reactor at Doel Nuclear Power Station in Belgium was shut down on August 8, 2012 under the suspicion that one of its components might be cracked. “We have found anomalies,” said Karina De Beule, spokesman for the ACFN, the federal agency for nuclear control.

The station is located in the most densely populated area of all nuclear power stations in Europe, with 9 million inhabitants within a radius of 75 kilometres (47 miles). Construction of this plant started in 1969 and commission started in 1975.

The agency is “evaluating these anomalies, if they can cause cracks,” De Beule said, adding that the 1,006-megawatt Doel 3 reactor will remain shut at least until the end of August. De Beule said that several scenarios are possible, between two extremes: the anomalies might end up being nothing important, or more thorough analysis might find out that they threaten the integrity of the reactor. The news comes as the European Union’s executive body is working on the final version of a report about the safety of Europe’s nuclear plants.

Last year’s atomic scare in Japan has heightened public concerns about the dangers of using nuclear power, prompting several European nations to reconsider their energy provisions. Germany has said it will shut all its nuclear plants by 2022, and Belgium decided recently to stand by earlier plans to exit nuclear energy by 2025.

The Fukushima accident had such an effect on European public opinion that the EU decided to carry out safety checks, called stress tests, on all of its plants, and the results are due to be released by the end of the year. GDF Suez SA (GSZ.FR), the French energy giant that operates Belgian nuclear plants through its unit Electrabel, confirmed that the reactor will remain closed. “The reactor has been halted since June for regular control. Halt for maintenance has been extended, to allow additional inspections,” a company spokesman said. Company said that the incident has no impact on the health of workers, nearby residents or the environment.

On the 2012 anniversary of the Fukushima nuclear disaster, Belgian group Stop Nuclear Kernenergie organised an event in Brussels calling for an end to the use of nuclear power and the shutting down of Belgium’s nuclear facilities. Austrian Chancellor Werner Faymann expects anti-nuclear petition drives to start in at least six European Union countries in 2012 with the goal of having the EU abandon nuclear power.

In October 2011 Belgium’s political parties have reached a conditional agreement to shut down the country’s two remaining nuclear power stations. The plan for a shutdown of the three oldest reactors by 2015 and a complete exit by 2025 is conditional on finding enough energy from alternative sources to prevent any shortages.

“If it turns out we won’t face shortages and prices would not skyrocket, we intend to stick to the nuclear exit law of 2003,” a spokeswoman for Belgium’s energy and climate ministry said.

Belgium, which has seven nuclear reactors at two plants, had passed a law in 2003 outlining the planned shutdowns.

The Doel Nuclear Power Station is one of the two nuclear power plants in Belgium. The plant lies on the bank of the Scheldt, near the village of Doel in the Flemish province of East Flanders. The second Belgian nuclear power station is Tihange Nuclear Power Station along the Meuse river. Besides those two, there is a test reactor at the SCK•CEN site in Mol, which is used for research.