Sunspot 1476 is crackling with solar flares, soon in geoeffective position

Sunspot 1476  is crackling with impulsive solar flares. Multiple mid level C-Class flares have been detected along with an impulsive M1.3 solar flare at 17:47 UTC. Solar activity is now at moderate levels. New and active Sunspot 1476 has produced three low-level M-Class flares thus far. There will continue to be a chance for more moderate solar flares in coming days when it will be in position to generate Earth-directed solar flares and coronal mass ejections (CMEs). 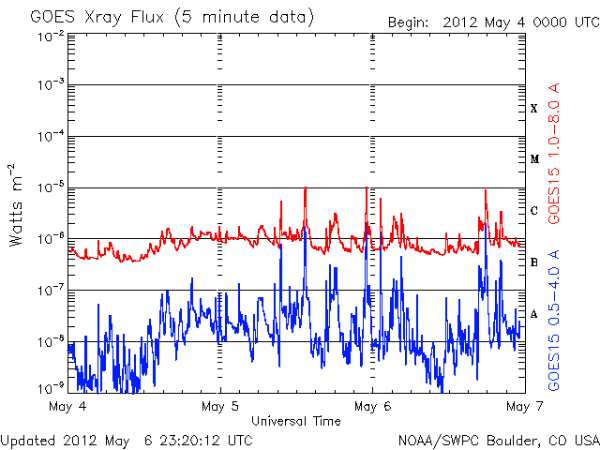 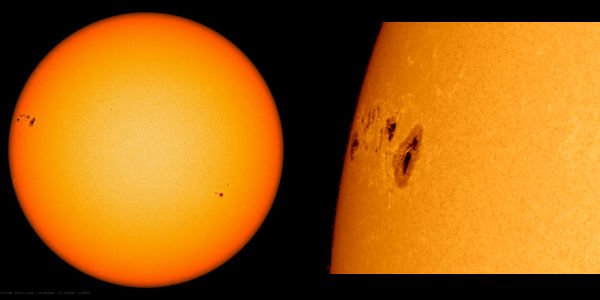 Solar activity has been at moderate levels for the past 24 hours with three impulsive, low-level M-class events observed from Region 1476 (N10E63). The largest event was an M1/1n at 06/1747Z. Region 1476 has rotated further into view and is now classified as a Fhi/beta-gamma sunspot group with an area of around 760 millionths. Three filament eruptions were also observed in the past 24 hours, but none appear to have an earthward directed component. No new regions were numbered today. Solar activity is expected to be at low to moderate levels for the next three days (07 - 09 May) as Region 1476 continues to evolve and rotate further onto the visible disk.

The geomagnetic field has been at mostly quiet levels for the past 24 hours. The geomagnetic field is expected to be at quiet to unsettled levels on days one and two (07 - 08 May) due to a solar sector boundary crossing and the possible arrival of a CME, observed lifting off the solar disk on 05 May. A slight increase to quiet to unsettled levels with a chance for an active period is expected on day three (09 May) as a corotating interactive region, in front of a high-speed solar wind stream, is expected to arrive here at Earth.