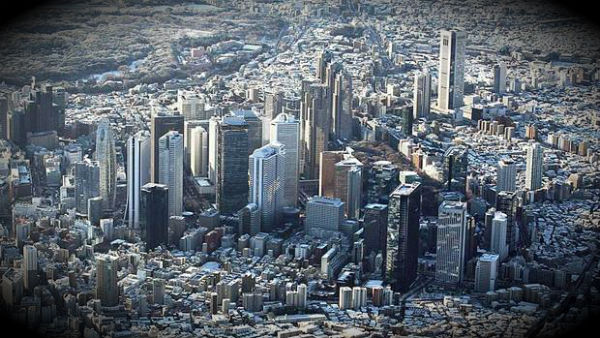 If a mega-quake struck Tokyo, more than 9,600 people would die with nearly 150,000 injured and large parts of the Japanese capital leveled to the ground according to recent simulation by Tokyo Metropolitan Government. If a smaller 7.3-magnitude quake struck the sprawling metropolis it would leave about 9,600 dead and 147,000 people with injuries, including 21,900 seriously, the projection said.

About 5.2 million people would be unable to go home owing to electricity and transportation damage while the temblor would flatten or seriously damage some 378,000 buildings with about 188,000 structures burning to the ground. A huge tsunami would strike isolated Pacific Ocean islands several hundred kilometres outside Tokyo, which are considered part of the municipality, but was not likely to cause damage or fatalities in the metropolis itself. The government projection does not include fatalities and damage in outlying prefectures that make up Greater Tokyo, home to about 35.0 million people. 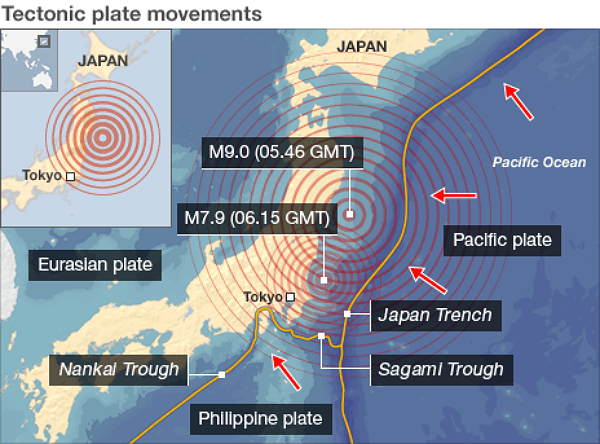 The frightening simulation was released as Japan slowly rebuilds its northeast coast, which was devastated by a magnitude 9.0 quake in March last year that unleashed a deadly tsunami and triggered the worst nuclear accident in a generation. Tokyo was largely spared from the damage.

The biggest city in earthquake-prone Japan lies at the intersection of four tectonic plates and there is a 70 percent chance it will be struck by a magnitude-7.0 or higher quake in the next four years, according to the University of Tokyo’s Earthquake Research Institute. In 1923, Tokyo and surrounding areas were struck by a 7.9 magnitude quake that left more than 140,000 people dead and destroyed much of the city. 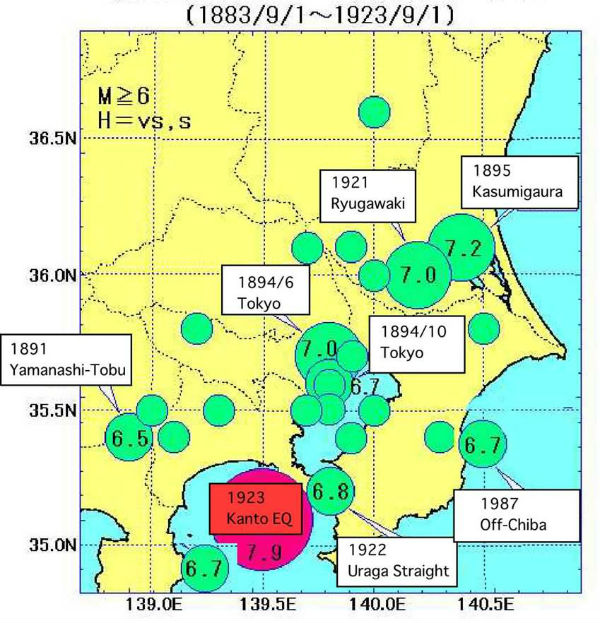 In central Japan, the Philippine Sea plate (PSP) subducts beneath the Tokyo Metropolitan area, the Kanto region, where it causes mega-thrust earthquakes, such as the 1703 Genroku earthquake (M 8.0) and the 1923 Kanto earthquake (M 7.9) which had 105,000 fatalities. The vertical proximity of this down going lithospheric plate is of concern because the greater Tokyo urban region has a population of 42 million and is the center of approximately 40 % of the nation’s activities. 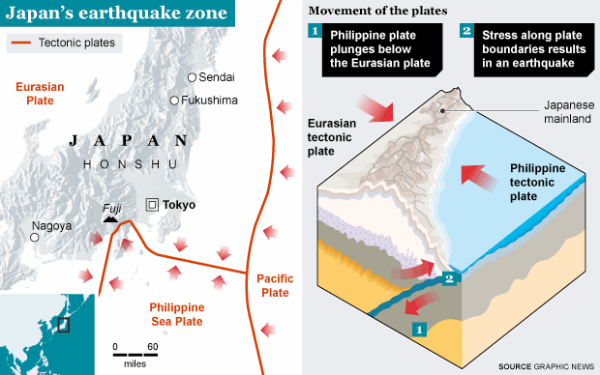 A M 7 or greater (M 7+) earthquake in this region at present has high potential to produce devastating loss of life and property with even greater global economic repercussions. The Central Disaster Management Council of Japan estimates the next great earthquake will cause 11,000 fatalities and 112 trillion yen (1 trillion US$) economic loss. This great earthquake is evaluated to occur with a probability of 70 % in 30 years by the Earthquake Research Committee of Japan. (Special Project for Earthquake Disaster Mitigation in Tokyo Metropolitan Area) 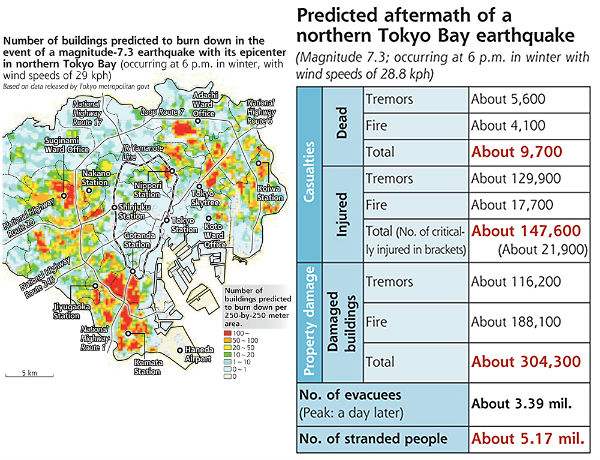