The U.S. Geological Survey released a new global estimate for conventional oil and gas resources.  The USGS estimates that the undiscovered, conventional resources in the world total 565 billion barrels of oil (bbo), 5,606 trillion cubic feet (tcf) of natural gas, and 167 billion barrels of natural gas liquids. All of these numbers represent technically recoverable resources, which are those quantities of oil and gas producible using currently available technology and industry practices, regardless of economic or accessibility considerations. This new assessment is complete reassessment of the world since the last World Petroleum Assessment in 2000 by the USGS.

According to study, in the twelve years since the last assessment, the steady progress in technology now allows additional resources to be regarded as technically recoverable. The report includes mean estimates of resources in 171 geologic provinces of the world.  These estimates include resources beneath both onshore and offshore areas. These new estimates are for conventional oil and gas resources only.  Unconventional oil and gas resources, such as shale gas, tight oil, tight gas, coalbed gas, heavy oil, oil sands, may be significant around the world, but are not included in these numbers. 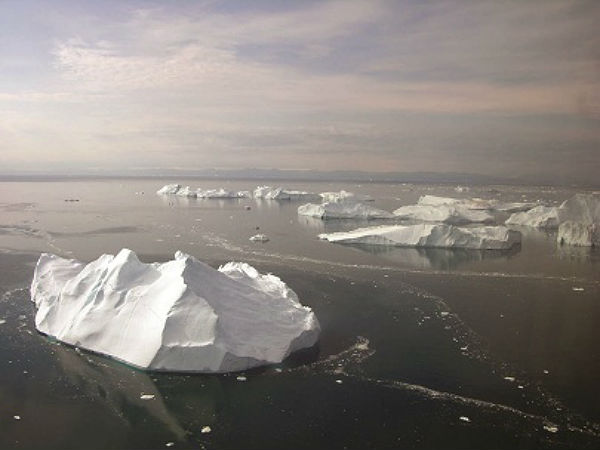 This assessment does not include undiscovered, conventional resources in the United States, which the USGS currently estimates holds 27 bbo and 388 tcf of natural gas onshore and in State waters.  Additionally, there are an estimated 81 bbo and 398 tcf of natural gas in the U.S. Outer Continental Shelf (OCS), according to the Bureau of Ocean Energy Management. The assessment results indicate that about 75 percent of the undiscovered and technically recoverable conventional oil of the world is in four regions: South America and the Caribbean (126 bbo); sub-Saharan Africa (115 bbo); the Middle East and North Africa (111 bbo); and the Arctic provinces portion of North America (61 bbo). Significant undiscovered, conventional gas resources remain in all of the world’s regions. 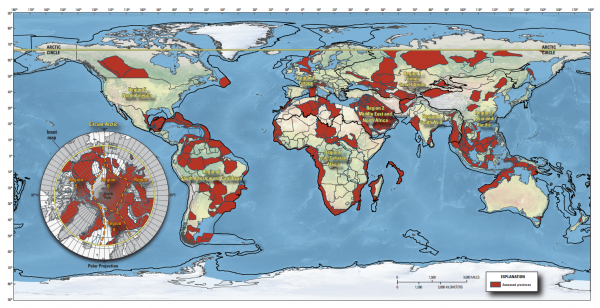 The Department of the Interior released a press release on this new assessment.

To learn more about this or other geologic assessments, please visit the Energy Resources Program website.