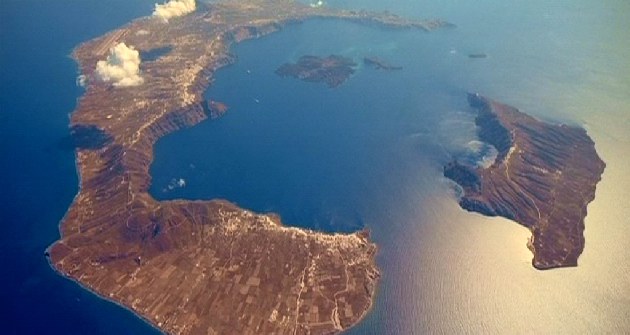 Santorini is a volcanic island that has been relatively calm since its last eruption in 1950. But, its caldera is awake again and rapidly deforming at levels never seen before. Georgia Tech Associate Professor Andrew Newman has studied Santorini since setting up more than 20 GPS stations on the island in 2006. 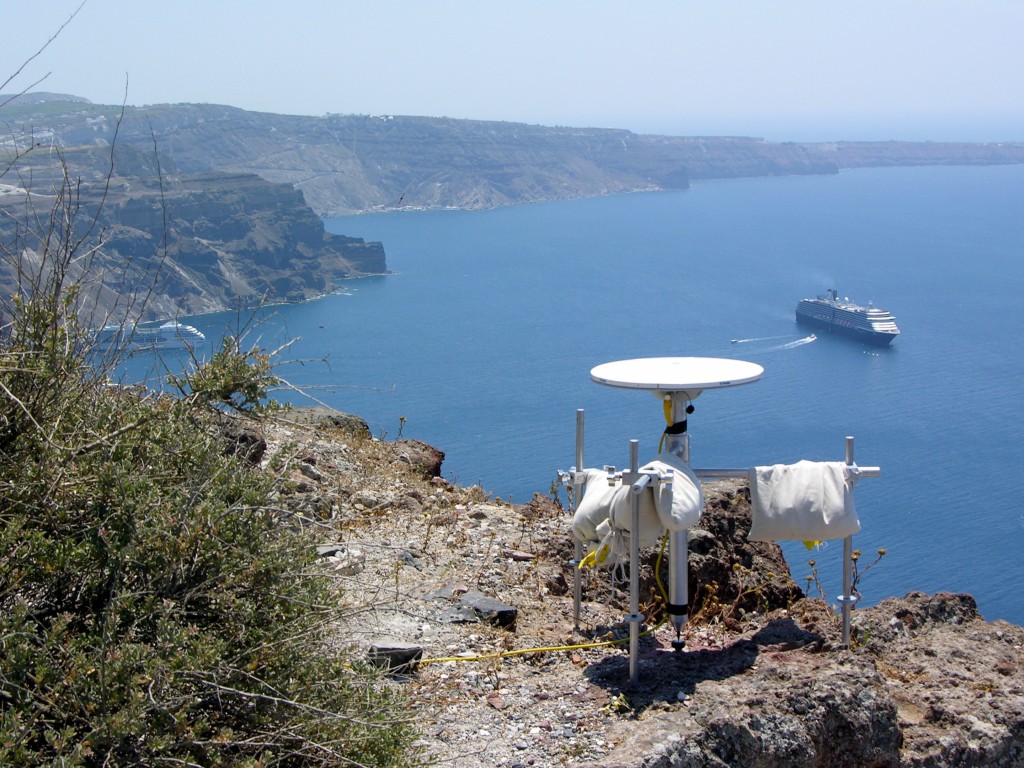 “After decades of little activity, a series of earthquakes and deformation began within the Santorini caldera in January of 2011,” said Newman, whose research is published by Geophysical Research Letters. “Since then, our instruments on the northern part of the island have moved laterally between five and nine centimeters. The volcano’s magma chamber is filling, and we are keeping a close eye on its activity.”

Newman cannot be certain whether an eruption is imminent since observations of such activity on these types of volcanoes are limited. In fact, similar calderas around the globe have shown comparable activity without erupting. However, Newman says the chamber has expanded by 14 million cubic meters since last January. That means enough magma has been pumped into the chamber to fill a sphere three football fields across.

Should Santorini erupt, Newman says it will likely be comparable to what the island has seen in the last 450 years.

“That could be dangerous,” notes Newman. “If the caldera erupts underwater, it could cause local tsunamis and affect boat traffic, including cruise ships, in the caldera. Earthquakes could damage homes and produce landslides along the cliffs.”

More than 50,000 tourists a day flock to Santorini in the summer months (from May to October). It’s common to see as many as five cruise ships floating above the volcano. 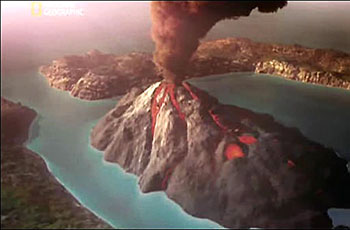 Santorini is the site of one of the largest volcanic events in human history. The Minoan eruption, which occurred around 1650 B.C., buried the major port city of Akrotiri with more than 20 meters of ash and created Santorini’s famous, present-day cliffs.

Newman says such history will likely not repeat itself any time soon. Such an eruption comes along once every 100,000 years, and the current inflation in the magma chamber is less than 1 percent of the Minoan blast.

The destruction of the Minoan Civilization

Somewhere between history and myth lie two historical events of immense importance that shook up and overwhelmed the Hellenic grounds: the destruction of the Minoan Civilization and the eruption of the Santorini Volcano, almost 3,500 years ago.

In Amnissos, the port of Knossos, the scientists examined findings that contained ash, marine species, cattle bones, floor and wall plaster, pumice and seashells. They figured out immediately that this could be explained only by a massive and sudden inflow of water and they called in Kostas Sinolakis, a tsunami expert. 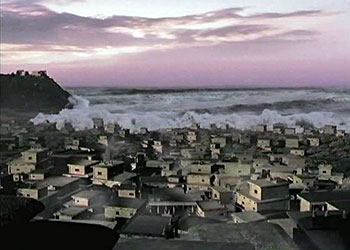 The only way they could have been deposited on the land of Crete was by a tsunami. The tidal wave caused by Santorini Volcano travelled and hit the shores of Crete, destroying the plantations, the crops, the ships and commerce, devitalizing and deviating the Minoan Civilization. The Minoan ports and infrastructures were destroyed by the 50 feet waves and were never rebuilt.

Based on highly accurate and specialized software, Dr Sinolakis managed to reconstruct and enact the way that this tsunami travelled across the Aegean building a full picture of its scale and impact.

Using radio carbon techniques they compared the geological findings with the eruption era; all pieces were finally falling into place.

The conclusion was horrifying: not only one, but several successive tsunamis, of more than 50 feet (15m) were hitting the Cretan shores, every thirty minutes.