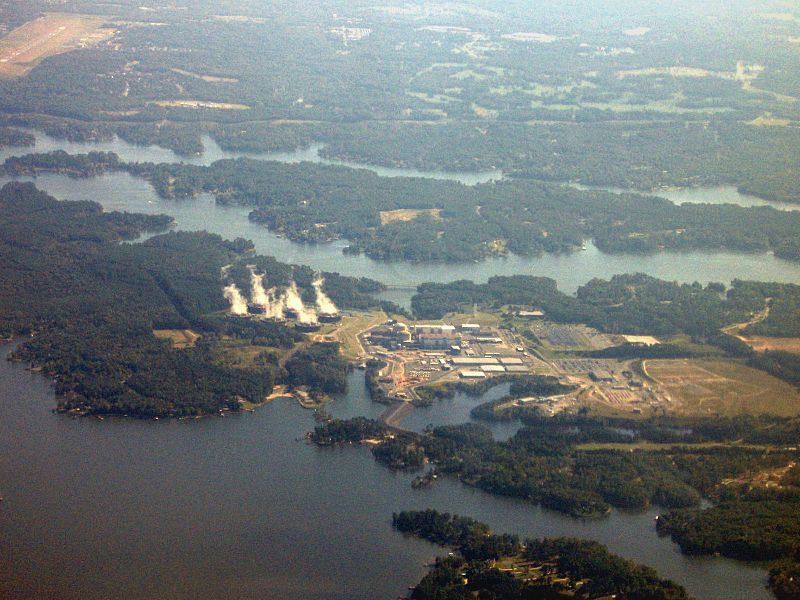 The Catawba Nuclear Station near York, South Carolina, is being monitored closely by the U.S. Nuclear Regulatory Commission after it lost offsite power Wednesday evening (April 4, 2012), the agency said in a news release.

The plant is operated by Duke Energy which declared an “unusual event,” just after 8 p.m. local time on Wednesday. Plant operators and other plant staff were monitoring the situation during night and officials say crews are attempting to restore the power. Duke notified the NRC about the outage and the agency’s senior resident inspector was sent to the plant.

The inspector is monitoring all activities and providing status updates to the NRC in Atlanta.

One of the two units at the plant was already shut down for an  outage, and the other unit automatically shut down after losing offsite  power, the release said. The plant’s diesel generators started to power  the units’ emergency loads.

According to the press statement, there was no radiation released or impact to plant workers or the public.

On Monday morning a fire in the vital battery room area on Unit 2 was discovered and extinguished. An electrical fire that affects Control  and Instrument Power to many plant systems is not trivial.

The Catawba plant is the largest in the State (although, with three reactors, the Oconee plant has the most nuclear capacity in the southeastern United States).

As a part of the Megatons to Megawatts Program Catawba was one of the plants that received and tested 4 fuel assemblies containing MOX fuel with the plutonium supplied from old weapons programs. Because concerns of nuclear proliferation are greater with fuel containing plutonium, special precautions and added security were used around the new fuel. The 4 test assemblies did not perform as expected and at least at present those plans are shelved.