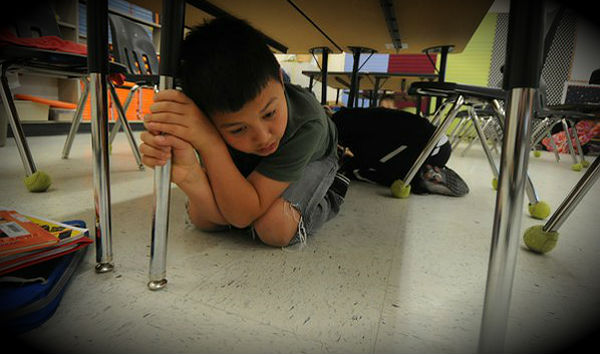 The Great Central U.S. ShakeOut will take place Tuesday, Feb. 7, at 10:15 a.m. So far more than 1.7 million participants from the region have agreed to take part in the drill in some form. This time of year marks the 200th anniversary of the New Madrid earthquakes that occurred between December 1811 and February 1812. The epicenters of those quakes were in southeastern Missouri and northeastern Arkansas.

Earthquakes can be an unusual challenge to prepare for because there are no advance warnings. Those taking part are asked to practice “Drop, Cover and Hold On” — drop to the ground, take cover under a table or desk and hold on to it. People in an earthquake should not get in doorways or run outside. Municipalities, businesses, schools, service organizations and individuals are being asked to take part. Participants also can consider taking part in safety drills, discussing what to expect will happen during the drill and then holding a feedback session after the The Great Central U.S. ShakeOut drill to identify strengths and weaknesses. Registered participants will be asked after the drill to provide information as to what they did to prepare. Then, those individuals or groups will receive a certificate of participation. 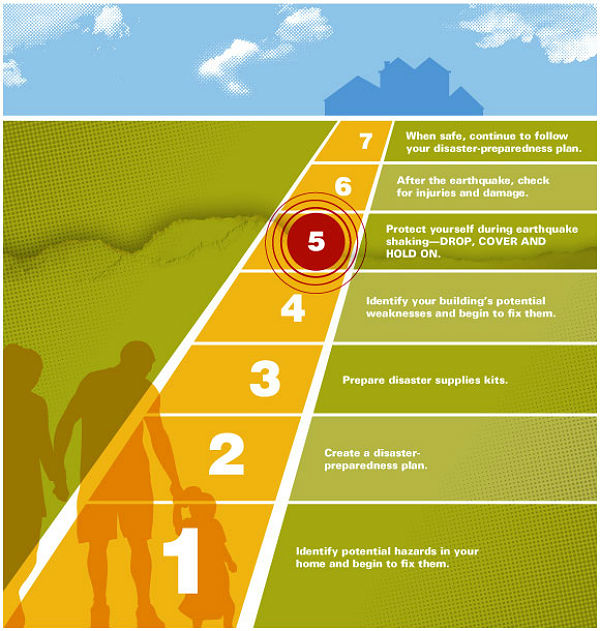 Drill Manuals and Other Planning Documents

Advice for people with disabilities or access and functional needs

About two hundred years ago three of the most powerful earthquakes in the recorded history of North America occurred along the Mississippi River in southeastern Missouri. They shook the Mississippi Valley and much of eastern United States on December 16, 1811; January 23, 1812; and February 7, 1812 with estimated magnitudes between 7.0 and 8.0. There are historical accounts of major earthquakes in the New Madrid region during 1811-12. The geologic record of pre-1811 earthquakes also reveals that the New Madrid seismic zone has repeatedly produced sequences of major earthquakes, including several of magnitude 7 to 8, over the past 4,500 years. These prehistoric earthquakes caused severe and widespread ground failures in the New Madrid region, much like those caused by the 1811-12 earthquake sequence.

The key evidence for large earthquakes that occurred in the past are sand blows that formed when underground sand and water erupted to the surface as a result of violent shaking. Numerous large sand blows over a wide area were created by strong ground shaking during the 1811-12 earthquakes. Similarly large, widespread, and abundant prehistoric sand blows were produced over the same area during ground shaking from previous clusters of large earthquakes around A.D. 1450, A.D. 900, and 2350 B.C. The sizes and areal distribution of the prehistoric sand blows indicate that the older earthquakes were similar in location and magnitude to the 1811-12 shocks. 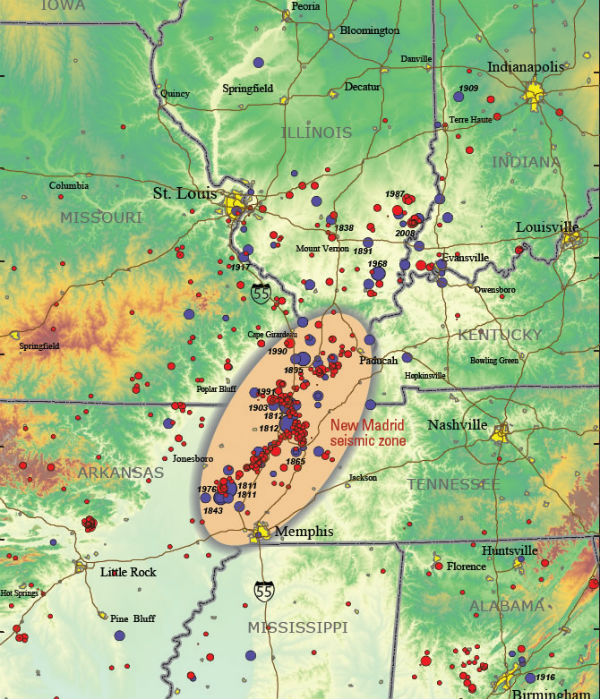 Considerable interest has developed recently from media reports that the New Madrid seismic zone may be shutting down. These reports stem from published research using global positioning system (GPS) instruments with results of geodetic measurements of strain in the Earth’s crust. Because of a lack of measurable strain at the surface in some areas of the seismic zone over the past 14 years, arguments have been advanced that there is no buildup of stress at depth within the New Madrid seismic zone and that the zone may no longer pose a significant hazard.

The New Madrid seismic zone is a source of continuing small and moderate earthquakes, which attest to the high stress in the region and indicate that the processes that produced the large earthquakes over the previous 4,500 years, are still operating. It is the most seismically active area of the United States east of the Rockies. There is no sign that the rate of these smaller earthquakes is decreasing with time, as would be expected if they were aftershocks of the 1811–12 earthquakes.

The geologic record of repeated large earthquakes, the historical accounts of the 1811-12 large earthquakes, and the continuing earthquake activity in the area are compelling evidence that the New Madrid region has high earthquake hazard. The preponderance of evidence leads us to conclude that earthquakes can be expected in the future as frequently and as severely as in the past 4,500 years. Such high hazard requires prudent measures such as adequate building codes to protect public safety and ensure the social and economic resilience of the region to future earthquakes. (Geology.com)