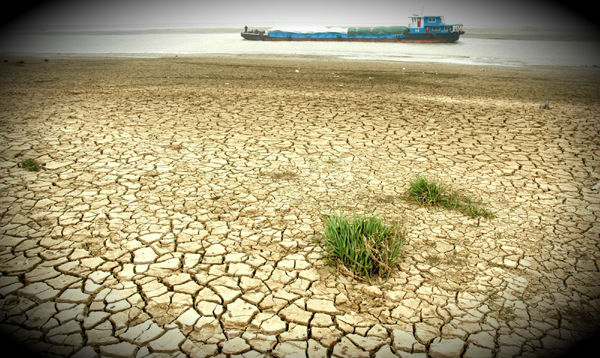 Cracks are seen on the dried riverbed of Poyang lake, China’s largest freshwater lake, in Duchangcounty in East China’s Jiangxi province. The surface water of the lake has shrunk toless than 200 square kilometers, one-twentieth of its peak level, due to water shortages in the upperreaches of the Yangtze river.  Having experienced many geological changes, Poyang Lake is now wide in the south and narrow in the north, like a huge gourd tied on the waist of the Yangtze River.

China’s two largest fresh water lakes – Dongting Lake in Hunan and Poyang Lake in Jiangxi – are both drying up dramatically and almost 40 million people had been affected in the five provinces, the ministry said, citing reports from local civil affairs departments. 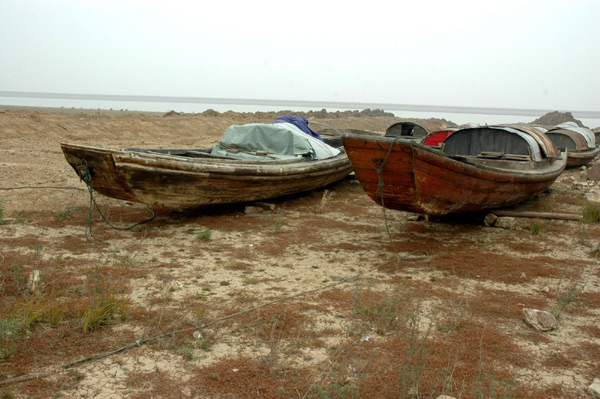 Poyang Lake, located in Jiangxi Province is the largest freshwater lake in China. It is fed by the Gan, Xin, andXiu rivers, which connect to the Yangtse through a channel.  Sand dredging has become a mainstay of local economic development in the last few years, and is an important source of revenue in the region that borders Poyang Lake. But at the same time, high-density dredging projects have been the principal cause of the death of the local wildlife population. Dredging makes the waters of the lake muddier, and the porpoises cannot see as far as they once could, and have to rely on their highly-developed sonar systems to avoid obstacles and look for food. Large ships enter and leave the lake at the rate of two a minute and such a high density of shipping means the porpoises have difficulty hearing their food, and also cannot swim freely from one bank to the other. 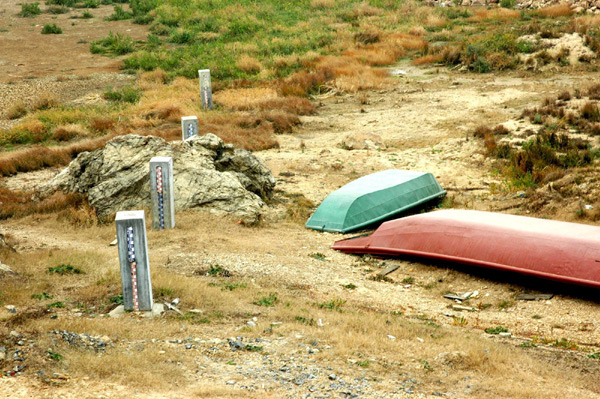 Covering an area of 4,000 square kilometers, Poyang is China’s largest freshwater lake. So far it has escaped major industrial pollution, thanks to relatively slow economic development in Jiangxi. The lake is fed by five rivers and connects to the lower reaches of the Yangtze. Lake waters flow into the Yangtze during dry seasons, while in the rainy seasons Lake Poyang is replenished with floods. The yearly changes in water level also help maintain one of the most important wetlands in the world.

Poyang’s dynamic ecosystem provides a unique and critical habitat for a variety of waterbirds, many of which are endangered species. About 98 percent of the world’s Siberian cranes depend on the lake for survival each winter, according to the International Crane Foundation. It is also home to more than 120 species of fish and 300 species of birds. Its precious near-natural state is now endangered by the province’s plan to build a 2.8- km-wide dam with sluice gates across the narrowest part of the channel that links Poyang and Yangtze. The reason cited by the provincial government is that the lake and surrounding areas have suffered from low water levels almost every winter in the past decade. 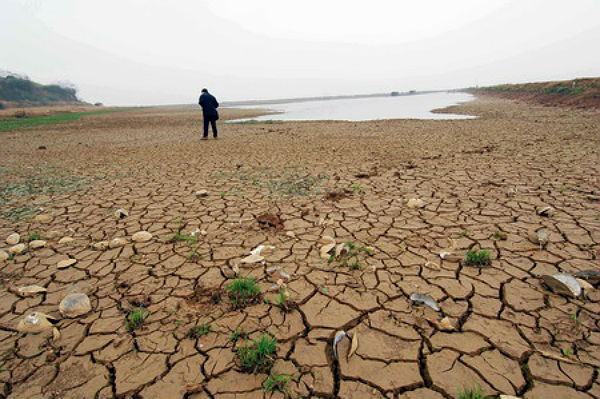 The seasonal decline in winter water level now starts earlier and lasts longer. In an extreme cases, parts of  Lake Poyang turned into grassland in June as central China battled the worst drought in a century. Changing climate patterns on the middle and lower reaches of the Yangtze, water storage behind the Three Gorges Dam, and increased water consumption by nearby communities are responsible for the frequent low water level. From 1952 to 2010, extremely low water levels (shallower than 8 meters) were recorded seven times. Six of them came after 2003, when the Three Gorges Dam started to hold back water for electricity generation according to official statistics. 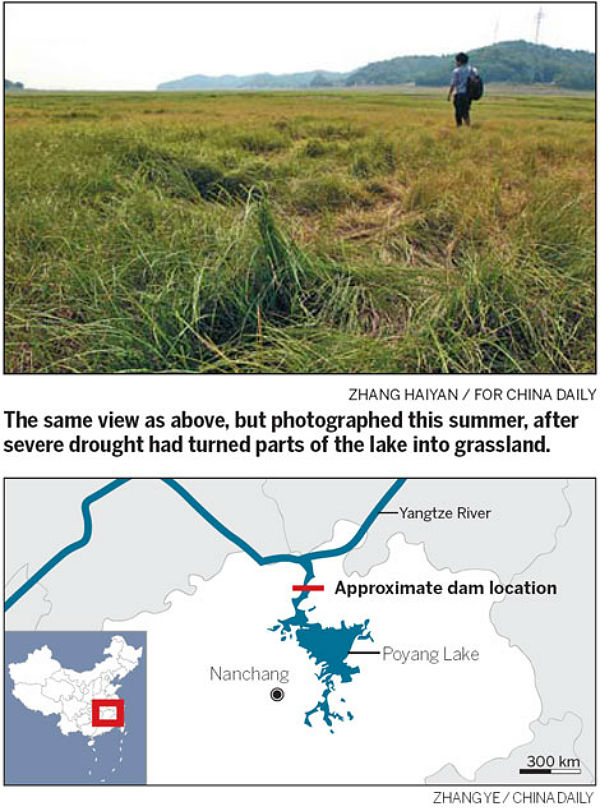 China’s Three Gorges Dam, the world’s largest water control and hydropowerproject, is scheduled to inject water into the lower reaches of the Yangtze River in early January 2012. The dam has run steadily for nearly two months since it reached its designedhighest mark, a water level of 175 meters. Monitoring statistics show that  the water inflow into the dam was about 5,000 cubicmeters per second, equal to the water discharged to the lower reaches.

The Yangtze River has its dry season each winter and spring. According to the project design,the dam will fluctuate in the dry season to release about 22.1 billion cubic meters of its storagecapacity, with emergency scheduling in some extreme conditions. The dam in central Hubei province completed its first full-capacity test last October. The Three Gorges Project was launched in 1993 with a budget equivalent to $22.5 billion. (ChinaDaily) 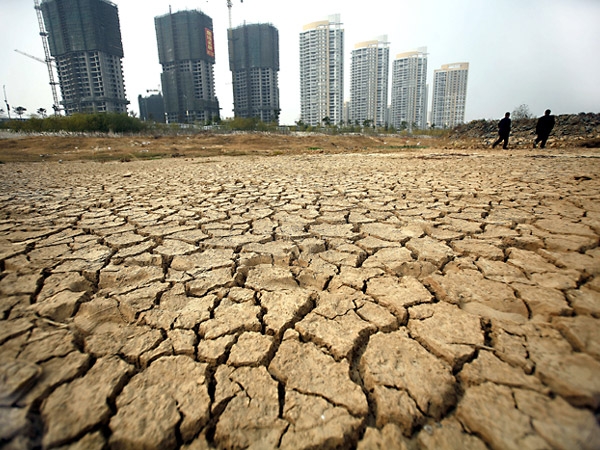 The “Oriental Bermuda Triangle” is located at the north side of Poyang Lake, near the Laoye Temple. Between the early 1960s and late 1980s, more than 200 ships sank in the area, resulting in the deaths of 1,600 people. This includes the events of one day – August 3, 1985 – when 13 ships sank. None of the wrecks has ever been found.

An infra-red photo has shown that there is a huge sandbank 2 miles’ long under the waters, which some think is the reason why deadly whirlpools formed, leading to the tragedies. However, local people tend to believe a legend according to which the founder of the Ming Dynasty, Zhu Yuanzhang, was saved by a big turtle in a battle near Poyang Lake. In order to show his gratitude, Zhu built a temple there in memory of the turtle, which is the Laoye Temple. The locals believe that it’s the turtle that is responsible for the deaths of so many people. (GlobalTimes.cn)