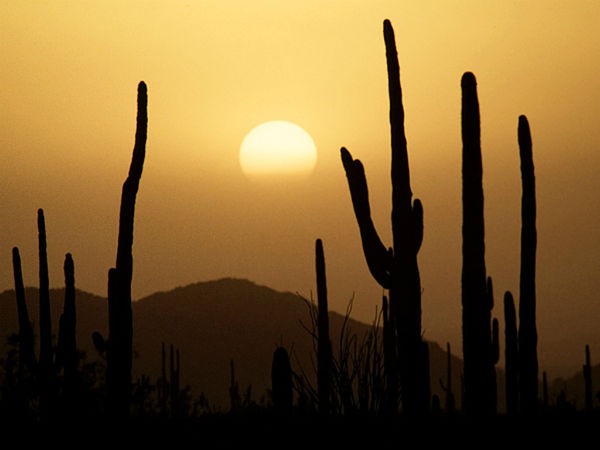 The National Meteorological Service (SMN) reports that September was one of the driest months in some 70 years. All the signs suggest this is the worst year for drought since 1941. The worst drought in 70 years has left thousands of cattle dead and destroyed more than two million acres (almost one million hectares) of crops in once fertile fields in north Mexico. Dry conditions have affected 1.7 million head of cattle, including 50,000 that have died, according to the Agriculture Ministry. Northern states are suffering the most and seeing record levels of drought, including Chihuahua, neighboring Durango and the northwestern Baja California peninsula, along with their neighbors in the southwest United States. 40% of country is under severe drought conditions. Hardest hit are five states in Mexico’s north, a region that is being parched by the same drought that has dried out the southwest United States. 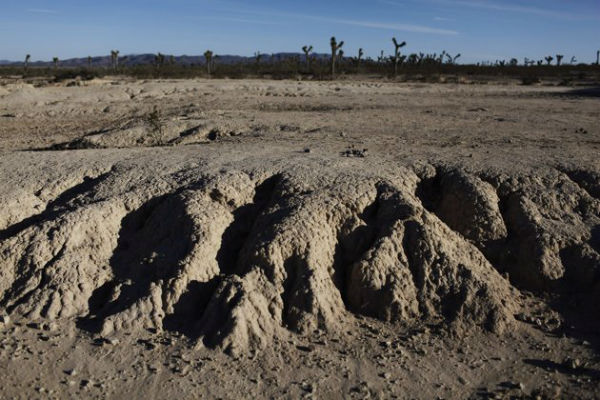 “It’s a tragedy because there is virtually no harvest. It’s a critical situation that we don’t even have beans for home consumption!” Jorge Herrera, governor of Durango

Lakes and reservoirs in Mexico are at critical lows and officials forecast the drought will continue into next year. Crucial dams, typically full at this time of year, are at 30 to 40 percent of capacity. Forecasts do not signal any near-term relief, but rather more losses ahead as the winter season brings damaging frost.

In Durango, water has been provided to 32,691 residents in 10 municipalities, with another 36 municipalities to be supplied in the current phase of emergency assistance. Officials in Durango say it is the state’s worst drought for 100 years, with most larger reservoirs in the state now holding between 20% and 40% of their capacity; one reservoir is already down to less than 10% of its. 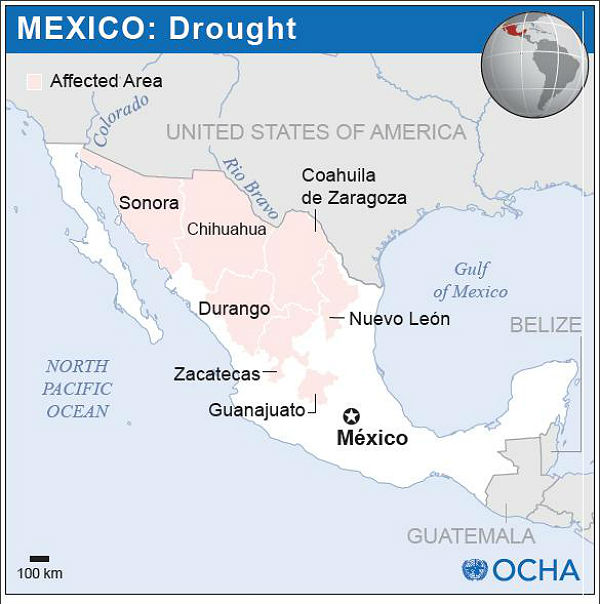 Mexican meteorological services say the nine worst-affected states represent almost half the country. Southern areas have meanwhile recorded some of their wettest periods on record this year. In the northern state of Durango, the drought has also affected drinking water supplies in around 200 communities and authorities are urging the federal government to declare a state of emergency.

The start of winter brought cold temperatures but no sign of rain in many northern areas. Many farmers fear they will have to wait until the start of the rainy season next June for rain- if it comes. In Satevo, in the border state of Chihuahua, farmers complain that it hasn’t rain this year. Rural development officer Jose Granillo Vazquez estimated that 70-80,000 families in Chihuahua could be seriously affected by the drought. According to the Environment Ministry, rainfall could be up to 80 percent less than usual in some areas through the winter. By mid-September, some parts of Durango had received less than 140 mm of precipitation so far ths year, well below the 425 mm registered for the same period in 2010.  The only hope for local farmers appears to be if late season hurricanes bring far more rain than expected to this region. 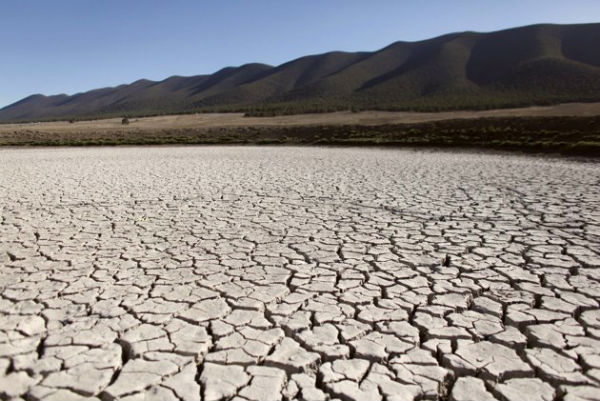 In Chihuahua, 589 tankers have delivered water to settlements housing 62,000 in 15 different municipalities. In Zacatecas, a “state of emergency” has been declared for 52 of the state’s 58 municipalities. More than 150 communities are seriously affected. Drought has affected 288,000 hectares of rain-fed crops in Guanajuato. The greatest losses are of corn, beans, wheat, sorghum and other grains, with the worst-hit areas located in the northern part of the state. More than a million liters of potable water have been supplied to 18,000 inhabitants living in 133 settlements in the state. (Geo-Mexico)

The govermentis offering subsidies to small-scale farmers to help them survive, as well as sending water to remote villages. Authorities say they have already paid out more than two billion pesos (around 160 million dollars) in insurance and direct aid. Many have yet to receive help.

It is already having an effect on food prices. Several of the basic foodstuffs  making up Mexico’s basic basket of goods for economic indices such as the inflation index, have risen sharply in price in recent months. A shortage of corn has led to a 70% increase in imports of yellow corn from the USA.

Mexico, the home of corn, is now the world’s second largest importer. Corn is a vital ingredient in Mexican cuisine, and is particularly important in the southern half of the country, especially in the more rural and indigenous areas. The shortage of corn has led to a rise in the price of tortillas, a dietary staple in almost all of the country. Tortilla prices have risen up to 18%, many times Mexico’s overall inflation rate of about 3.5%. 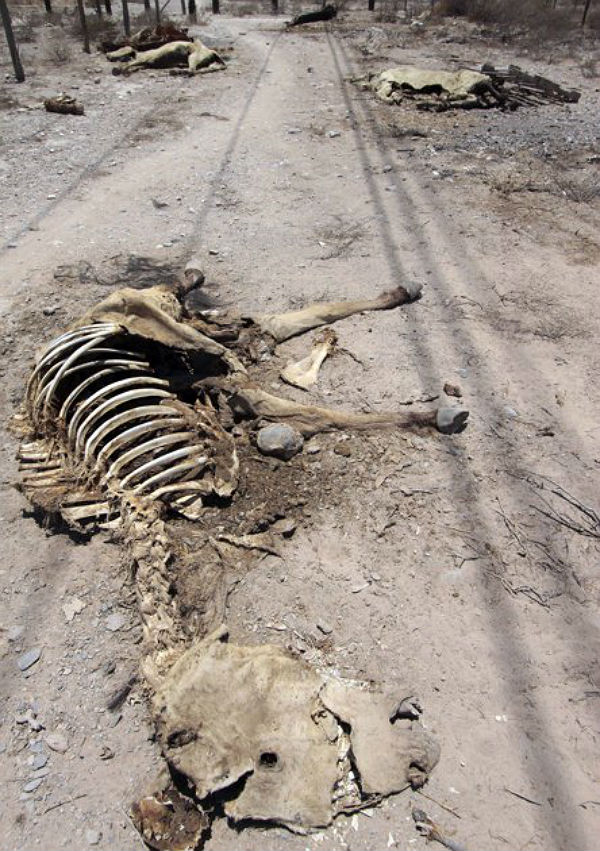 The production of chiles, another staple of the Mexican diet, has also fallen due to the drought, by an estimated 40%. In Zacatecas, that state’s 2,500 chile-growers will have produced 120,000 tons of green chile and 62,150 tons of dried chile this year, even though they have only been able to harvest chiles twice this year, rather than the normal four times. The state is the leading source of dried chile in Mexico. The area cultivated for chiles in Zacatecas has also fallen this year, to 31,300 hectares. The decrease in production has had a direct impact on the number of harvesting jobs available, since each hectare of chile cultivation usually means 150 seasonal jobs. The production shortage for chiles will be offset by more imports from Peru and China. 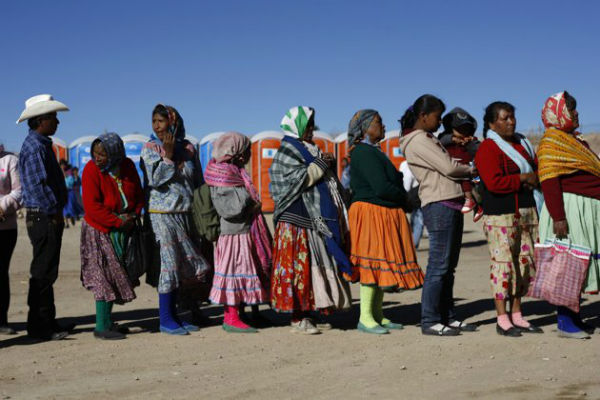 The long-term outlook is not favorable for these areas since climate change is expected to increase both the frequency and severity of droughts over the next twenty to thirty years. (Geo-Mexico) 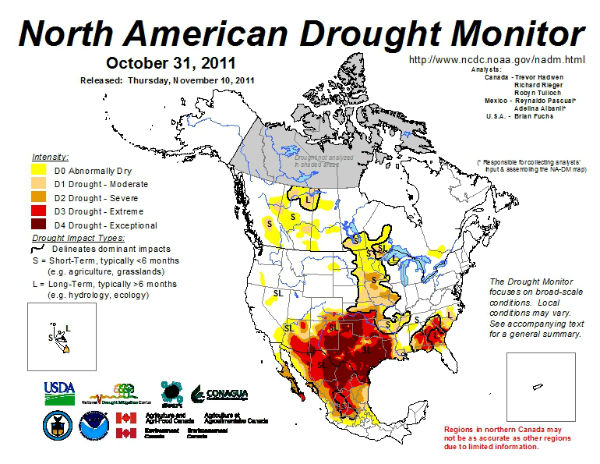 In the drought zones, emergency programs are getting underway to provide temporary work for many rural dwellers and to supply potable water to the worst affected settlements. In addition to crop losses, up to one million head of cattle will have been put down by year-end in northern states as a direct result of the drought, since farmers do not have sufficient fodder available to feed them as usual. While some cattle have been exported to the USA, local meat prices will be driven down by the increase in supply, making many farmer’s livelihoods even more precarious. Many farmers will need federal assistance to overcome this latest crisis.