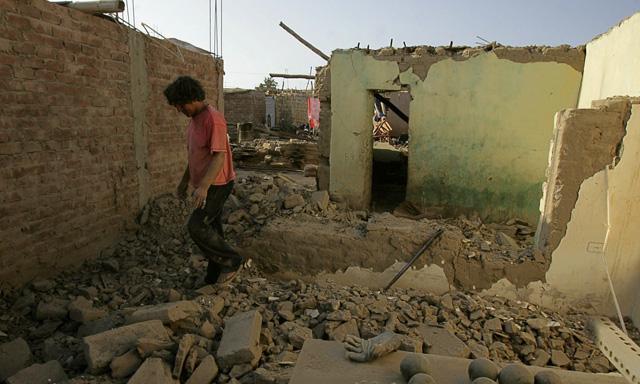 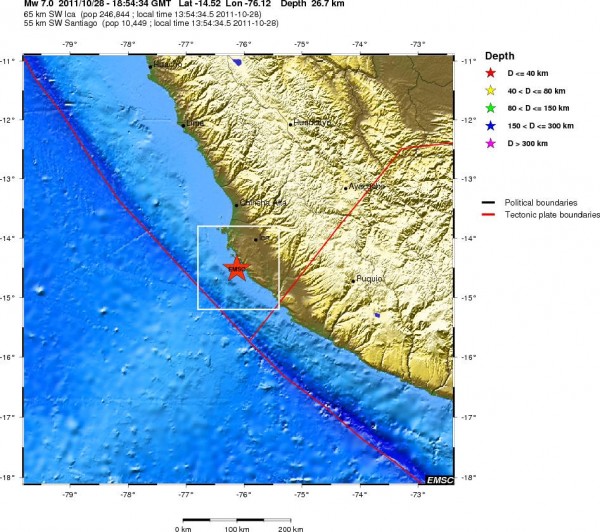 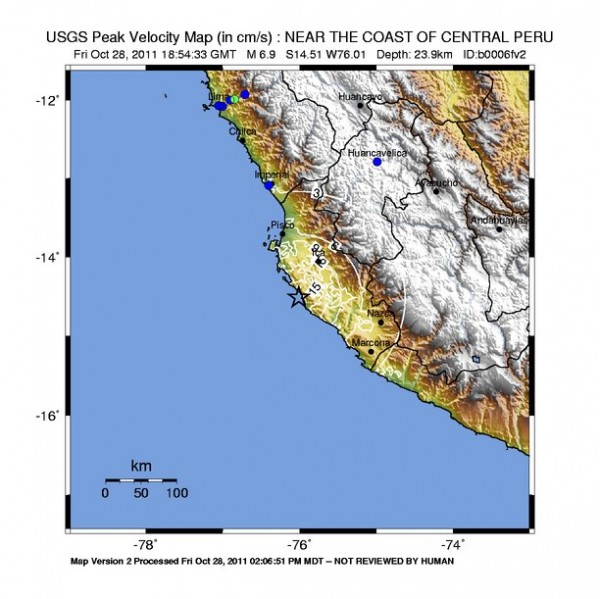 USGS PAGER issued YELLOW ALERT. Yellow alert level for shaking-related fatalities. Some casualties are possible and the impact should be relatively localized. Past events with this alert level have required a local or regional level response. Green alert level for economic losses. There is a low likelihood of damage.

Peru’s RPP radio reported that people in cities along the southern coast ran out of their homes and into the streets during the quake, but said damages were limited to loss of cell phone signals and isolated electricity outages in Ica.

Southern Copper, a major global mining firm, said its operations were normal and not impacted by the earthquake. Most other major mines in Peru, a leading global metals exporter, are located farther away from the quake zone. (GMA) 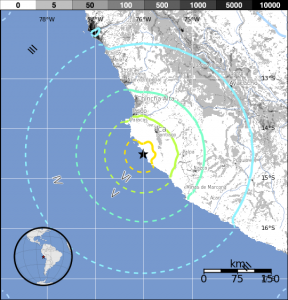 Yellow alert level for shaking-related fatalities. Some casualties are possible and the impact should be relatively localized. Past events with this alert level have required a local or regional level response. Green alert level for economic losses. There is a low likelihood of damage.

The trench is a result of the eastern edge of the Nazca Plate being subducted under the South American Plate. The trench subducts two seamount ridges; the Nazca Ridge and the Juan Fernández Ridge.

The Peru-Chile Trench, the forearc and the western edge of the central Andean plateau (Altiplano), delineate the dramatic “Bolivian Orocline” that defines the Andean slope of southern Peru, northern Chile, and Bolivia. From the Chile Triple Junction to Juan Fernández Ridge the trench is filled with 2.0 to 2.5 km of mainly turbidite sediments, creating thus a flat bottom topography. (Wikipedia)

The video below from 24Horas a Peruvian TV station is showing emotional scenes and a lot of chaos in Ica. Luckily not too much damage, but as you will see People were panicking a lot.

The Peruvian Civil Defense, responsible for organizing the rescue and relief support to the people have reported that at least 83 people were injured by this earthquake. 132 houses have been reported collapsed and many more damaged.

The people living at the coastal town of Pisco have been seriously alarmed by a fast retiring Ocean.  Retiring oceans can be a signal for an upcoming tsunami.

The Theoretical models of GDACS using an epicenter close to the coast are returning very damaging tsunami waves up to  4.8 meter high (this is VERY high for tsunami waves). So far we have NO news from these coastal localities. We remind our readers that theoretical models are based on historical information and on information from seismological agencies. GDACS has used the USGS data for their computing. Acording to the peruvian newspaper LA REPUBLICA, the earthquake was also felt in Northern Chile. 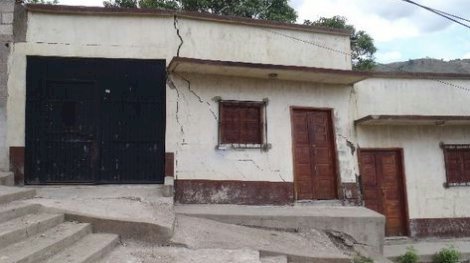 IGP, Peru is giving the following (little weaker) data for this earthquake : Depth : 30 km, Magnitude 6.7 and very good news for Ica :  117 km South East of Ica.  The IGP data are completely different than those from USGS. The distance to the major city of Ica is almost double.  Local seismological agencies are often very close to the real epicenter because their instruments are mostly closest to the epicenter.

The epicenter following IGP is at least 50 km out of the coast and is right in the middle of the subduction slope. This very steep subducting hang has a height of 3,000 meter!. Hopefully, NO sea-slides will occur on this steep mountain. All this means that the THINLY POPULATED  COASTAL AREA IS AT HIGH RISK for the strong shaking and an eventual tsunami. Earthquakes below 7.0 are seldom generating tsunamis. (EarthquakeReport)