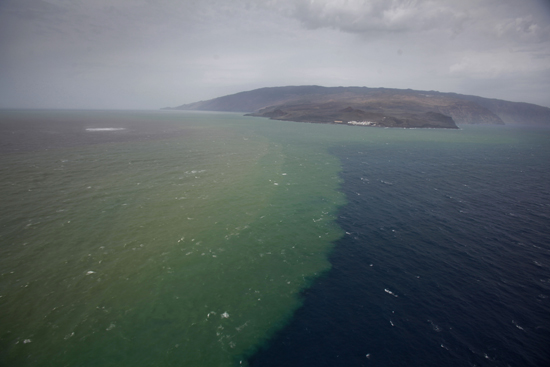 The activity of the underwater volcanic eruption on the island of El Hierro has declined for now. The deformation of the island has stabilized and in some areas has decreased.

CSIC researcher explained that they have collected samples of basalt, which shows that there was a rash, which was a first outing in about 1,000 feet deep and 200 yards later, at which time the effects have been as bubbling and the presence of lava according to ElMundo. 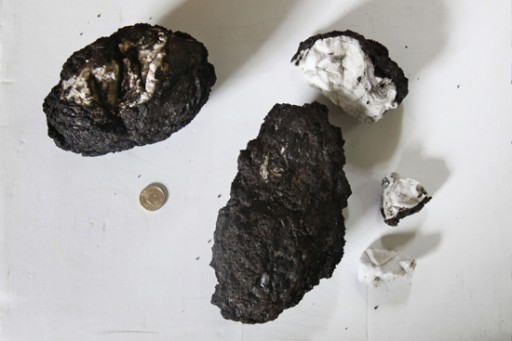 Since midnight IGN reported 2 earthquakes (this number can change when IGN updates records). The number of earthquakes yesterday was the highest in number since October 10 when the active period started.

Scientists from AVCAN  highlights the presence of so-called “long-period event”, which experts generally attributed to an active role of fluids within the volcanic conduits, caused by resonance effects or instability of the flow. 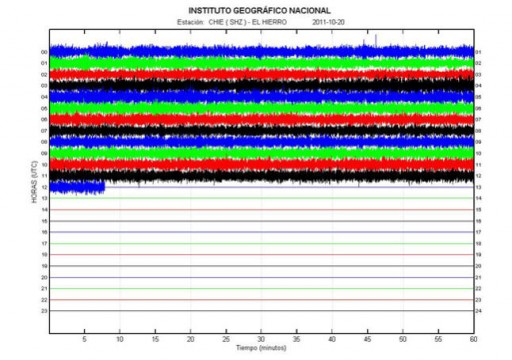 The stain  has a diameter 700 meters with water pH  6.9. The stain is spreading along the coast of the island of El Hierro and dead fish are visible, both coastal and deep, from bucks, old and bream, to deep-sea fish.  La Restinga fishermen demand that the Ramon Margalef will not only have geologists on board, but also the “best possible biologists”. They want to know from the biologists when their fishing grounds will get back to normal. Journalists were aloud today to visit the streets of La Restinga and were able to verify the existence of some dead fish floating off along the pier, but did not perceive the strong smell of sulfur that prompted authorities to postpone the return of people to their homes for any inconvenience caused. 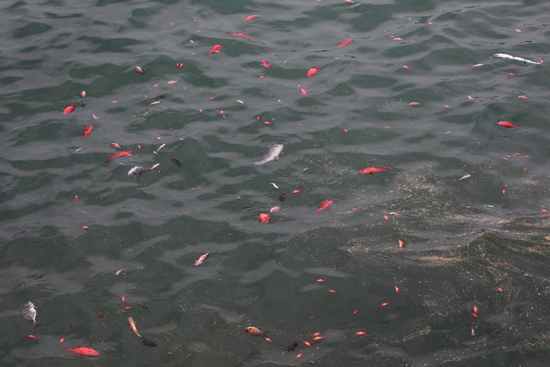 LaProvincia wrote today that environmental pollution by emissions of sulfur and other gases from the eruptive process that has been unleashed on the island of El Hierro could lead to serious respiratory problems for the population. Conditions such as bronchitis, laryngitis and pharyngitis are more predictable events that would occur in an environment contaminated by this type of gases. Ailments that can result in severe pathologies in people who suffer respiratory problems like asthma or severe COPD. In these cases, inhalation of sulfur in high doses could clog the bronchial tubes.

The use of environmental scanning equipment to determine the level of sulfur in the air and instruments to determine the concentration of airborne volcanic material are crucial for preventing severe damage to the population. The contaminants found in volcanic emissions are mainly sulfur oxides, in this case shows sulfur dioxide on the surface after its contact with air, carbon dioxide (also toxic to the respiratory system), hydrogen sulfide, hydrochloric acid and hydrofluoric acid. All these substances are those that have led to days before the change of pH in the Sea of ​​Calm, with a consequent increase in the acidity and the appearance of dead fish on the surface. 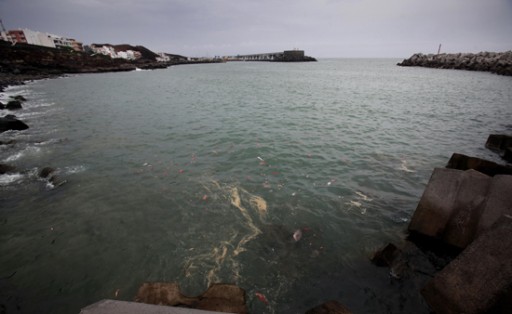 In addition, volcanic emissions and other elements are located noble gases are a lesser extent, the case of methane, nitrogen, argon, helium and radon, which evaporate readily under normal conditions without any risk.