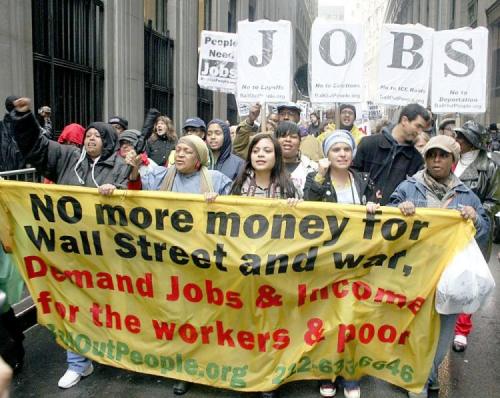 Over 3,000 people gathered at Liberty Plaza in the pre-dawn hours this morning to defend the peaceful Occupation near Wall Street. The crowd cheered at the news that multinational real estate firm Brookfield Properties will postpone its so-called “cleanup” of the park and that Mayor Bloomberg has told the NYPD to stand down on orders to remove protesters. On the eve of the October 15 global day of action against Wall Street greed, this development has emboldened the movement and sent a clear message that the power of the people has prevailed against Wall Street. 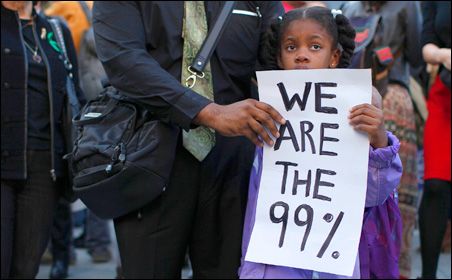 “We are winning and Wall Street is afraid,” said Kira Moyer-Sims, a protester from Portland, Oregon. “This movement is gaining momentum and is too big to fail.”

“Brookfield Properties is the 1%. They have invested $24 billion in mortgage-backed securities, so as millions face foreclosure and eviction due to predatory lending and the burst of the housing bubble that Wall Street created, its not surprising they threatened to evict Occupy Wall Street,” said Patrick Bruner, an organizer with Occupy Wall Street from the Bed-Stuy neighborhood of Brooklyn. “But Brookfield and Bloomberg have backed down and our movement is only growing as the 99% take to the streets world wide to call for economic justice.”

The early morning announcement from the Mayor’s office in New York came after 300,000+ Americans signed petitions to stop the eviction, and flooded the 311 phone network in solidarity with those in Liberty Square. At 6 AM this morning, 3,000+ New Yorkers, unions, students, and others joined the occupiers in the square to send a clear message to the 1% who want to silence this peaceful assembly of the 99%. Donations poured into the protesters from Italy, England, Mexico and many other countries by everyday people hoping to help the movement grow.

“For too long the 99% have been ignored as our economic system has collapsed. The banks got bailouts and we’ve been sold out, ” said Harrison Schultz, business analyst from Brooklyn . “Wall Street’s greed has corrupted our country and is killing our planet. But today we celebrate victory and vow to keep fighting for justice and change on Wall Street, and in over 100 cities in the US and over 950 cities globally.”

On October 15th, Occupy Wall Street will demonstrate in concert over 951 cities in 82 countries and counting as people around the globe protest in an international day of solidarity against the greed and corruption of the 1%.

Occupy Wall Street is a people powered movement that began on September 17, 2011 in Liberty Square in Manhattan’s Financial District, and has spread to over 100 cities in the United States and actions in over 1,500 cities globally. #OWS is fighting back against the corrosive power of major banks and multinational corporations on the democratic process, and the role of Wall Street in creating an economic collapse that caused the greatest recession in generations. The movement is inspired by uprisings in Egypt, Tunisia, Spain, Greece, Italy and the UK, and aims to expose how the richest 1% of people who are writing the rules of the global economy and are imposing an agenda of neoliberalism and economic inequality. http://occupywallst.org/